Over 23 films and over 12 years, Marvel Cinematic Universe had a very successful time experimenting with the first three phases and had plenty of time to build and plan some successful storylines and callbacks to moments that happened in the films.

Be it Tony Stark’s relationship with his father Howard or be it nebula going from a villain to hero and of course Steve Rogers finally getting his dance with Peggy Carter. 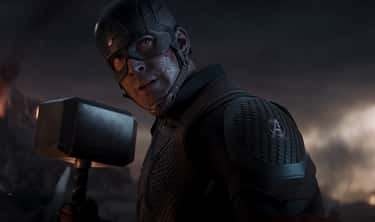 One of the best scenes in Avengers: Age of Ultron was the time when the super team tries to discover if any of them apart from Thor can lift his hammer; Mjolnir.
Everyone tries and fails, but Steve Rogers who was the only person who could make it budge.
but Steve gives up and Thor exclaims, “ You’re all not worthy.”
In the Avengers: Endgame, when Steve, Tony and Thor are getting beaten by Thanos, Mjolnir starts to fly around and we see Steve lifting it! Sorry Thor, but we all “knew it.”

2. Tony Hugs Peter After His Return From “The Snap” 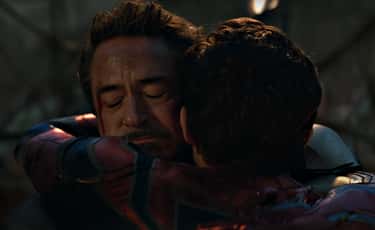 Peter Parker had turned into ash at the end of Avengers: Infinity War and it was a heart-wrenching moment in the film! After Peter died, it served as Tony’s motivation to figure out time travel.
That moment when they both embrace each other is such a touching moment between the young hero and his father figure.

3. Tony Getting Some Cleansing With His Father 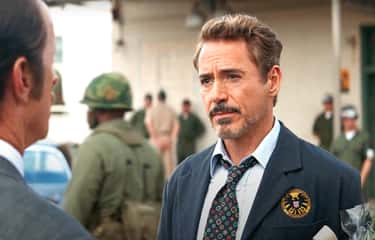 Tony had a fight with his father; Howard and we knew about this thanks to the mention in Iron Man 2 and even Captain America: Civil War. He didn’t have a chance to patch up with his father who was killed at the hands of Bucky aka Winter Soldier.
But then when Steve and Tony take a fun little detour to get back the stone and Tony faces his father and it showed how much Tony matured.

4. Frigga Finally Got Her Chance To Become The Mother She Never Was 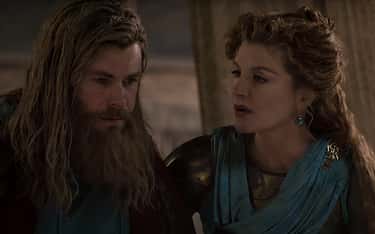 Frigga was very underutilized by the MCU until the Avengers: Endgame. She had very short appearances in the Thor movies but when Thor was suffering some severe PTSD and struggling with identity crisis because he couldn’t Thanos, it was Frigga who motivated him and gave some motherly advice.

5. Steve Rogers and Peggy Carter Getting Their Dance 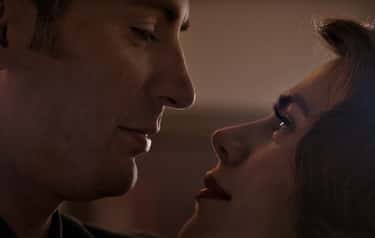 One of the most heartbreaking MCU moments was the final scene of Captain America: The First Avenger where Steve Roger finds out that he was asleep for almost 70 years, and he missed their date.
But then Steve finally got his date thanks to the time- travel thanks to the Infinity Stones and Avengers: Endgame shows them dancing together. 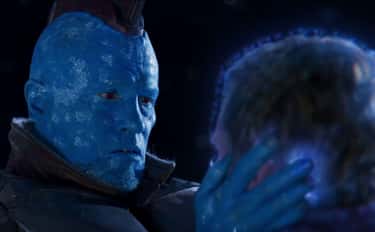 Kurt Russell’s Ego seemed like a terrible dad. And probably being an evil and living planet/god will do that to a person.
But Peter Quill had another father figure; Yondu who was looking out for him the whole time but in his special own way.
He was not a perfect dad but he did everything possible to raise Peter and protected him when no one wanted to. His sacrifice to save Peter at the end of Guardians of the Galaxy, Vol. 2 had a very important message that family is not always blood and can be found at most unexpected places. 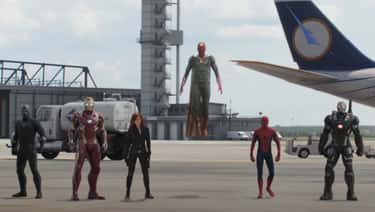 All the fans who played with the action figures as a kid had their dream come true with this Marvel Cinematic Universe moment they all were waiting for. Maybe they needed a better screen play with character arcs and even touching moments. But we all were waiting for our favorite superheroes to hop into a spectacular fight! 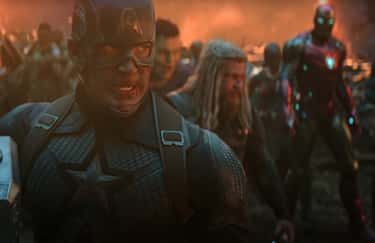 One of the most fan- service sequences in the entire film after all of the Avengers congregated at the end of the movie Avengers: Endgame; and Steve Rogers finally utters the line comic books were waiting to hear since the time the first Avengers movie was originally announced;
“Avengers Assemble”

This line I one of the most iconic ones which guarantee you goosebumps!