Captain America’s shield is representative of a lot of things that he stands for, and in many ways, it has surpassed Captain America as the symbol of patriotism and honor. Even so, over the years, the shield has undergone a number of changes. The shield’s functionality has changed many times over the years, and it has had a makeover by the Nazis even and was made into a temporary urn. The shield has also been destroyed many times in its 80 year history, but has managed to come back every time. No doubt, with such a rich history, there will be so many crazy facts about the shield that you did not know before. Here are some of them:

1. In all likelihood, it is constructed out of stolen Vibranium:

The mystery element from Wakanda, the most advanced civilisation on the planet, believed to be the second element that constitutes the shield. The first of course is steel alloy. May believe that
the vibranium is stolen but there are fan theories that offer alternate explanations. The shield’s creator Myron Maclain could have bought the stuff from T’Chakka who could have been very small quantities of the prized stuff in order to fund his country. Fans also believe that vibranium from meteorites that crashed into Antarctica could be the source of the Cap’s vibranium. Stolen, bought or foraged, one thing is clear – the vibranium is what gives the shield its deadly and mysterious powers. 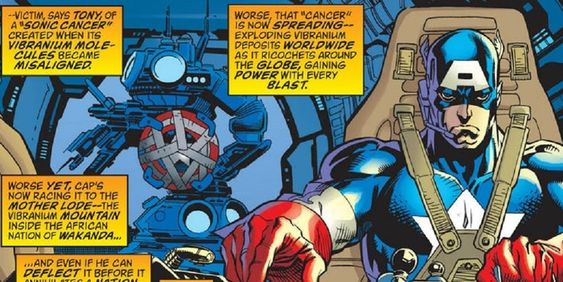 3. Disc was not the first choice:

The first choice for the shape of the shield was similar to the medieval ones that knights bear. However, MLJ Publications threatened to sue because that was too close to what their hero The Shield carried. A disc shaped design was then chosen which has become the iconic Captain America shield of today. 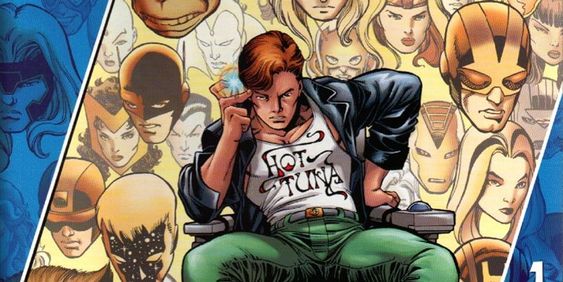 This was a dark chapter of the shield’s history. In Incredible Hulk Vol1#1, Rick Jones dies and whatever is left of his remains is put in a bag and taped to the back of Captain America’s shield. Jones was a good friend to almost all the Marvel superheroes and it was a touching moment to carry him around. Eventually, Hulk sends the shield into space to honor Jones’ wish of travelling into the cosmos. 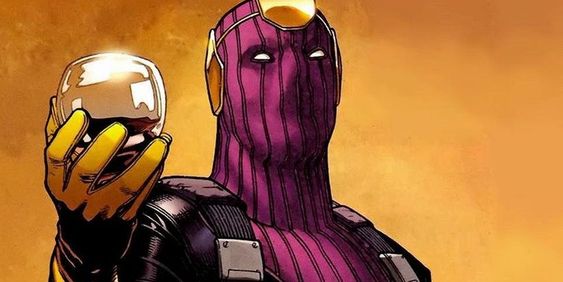 This is from Avengers Vol 1 #16. Captain America in a precise shot uses his shield to land some glue on top of Baron Zemo’s head, which then painfully fixes his head to his hood. Some say that the Cap was aiming for his face and not his head to make him suffocate to death. In any case, the Baron was a Nazi and probably deserved what was coming to him. 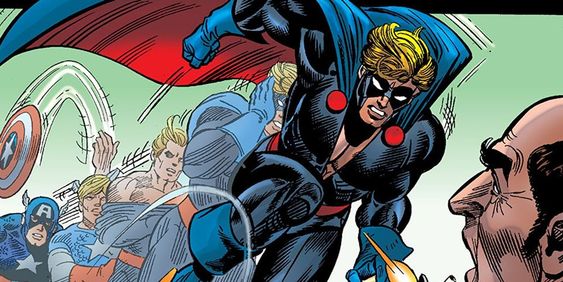 There is a big problem with superheroes with cape, and unless you are Superman or Batman, there is a good chance that you will not be able to pull it off. In Captain America Vol 1#180, the Cap gives up his shield and becomes Nomad who comes with a cape. Occasionally tripping over the cloth, even the Cap has trouble adjusting to the new life. Fans were horrified as they should be. A couple of issues later, the shield was back though. 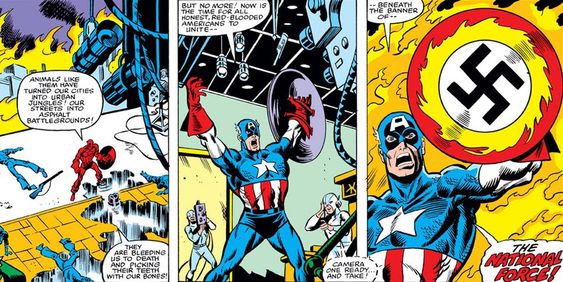 Captain America was first brought into this world as American source of inspiration to beating the Nazis during the Second World War and they regularly figure into his stories. During one such happening, the Nazis managed to brainwash the Cap and after watching a particularly effective propaganda video, the Cap paints his shield with a swastika. Daredevil tries to get him out of the spell by beating him up. Finally, it turns out that the swastika was only painted on and as the paint melts away, Captain America is brought back to his normal self. 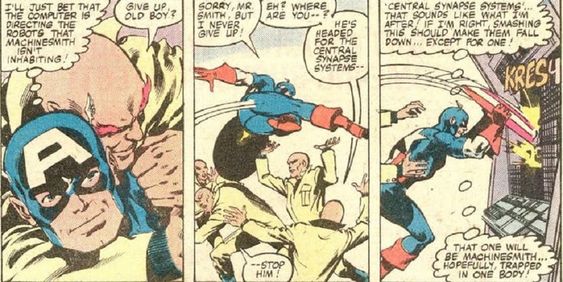