Superheroes without compelling flaws aren’t particularly intriguing; consider the DCEU’s ongoing efforts to make someone, anybody, care about Superman. As a result, we know that every character in the Marvel Cinematic Universe, no matter how powerful, has at least one obvious flaw, although not all of the Avengers’ flaws are depicted or, more crucially, utilised on screen. Even when confronted with the most formidable adversaries their universe has to offer, the MCU heroes rarely have trouble winning. The evil guys always lose, no matter how merciless the super villains are, how lethal their vengeance is, or how sophisticated their schemes to rule the world are. Perhaps the issue isn’t so much with firepower as it is with battle power. The Avengers aren’t invincible, and they have their flaws. There are numerous villains in the MCU who may make their lives more difficult in battle. The baddies might be able to have a good time if they switched partners. Thus, we at Animated Times have gathered a list of 8 MCU villains that would be the worst nightmares for the Avengers. Isn’t it terrifying? If that’s the case, let’s get on the list and find out who these characters are and how they could be a nightmare for our favorite superhero team.

8. Iron Man And War Machine Would Have A Hard Time With Yellowjacket Sabotaging Their Suits: 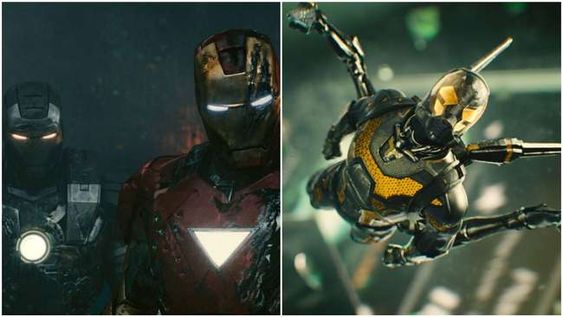 In Captain America: In an airport conflict during the Civil War, Ant-Man almost defeated Iron Man and War Machine. He entered Tony Stark’s armor, pulled out various cables and plugs, and then blew up James Rhodes with what he thought was a waterwheel. It’s just cute Scott Lang playing and trying not to seriously hurt anyone. Imagine if someone had the same ability and killer instinct. Consider if it were a yellowjacket. Darren Cross is not worried about committing suicide in his pursuit of power and will be eager to destroy his business rival, Stark. All he really has to do is shrink it small enough to fit in Iron Man armor or a war machine and then he can plant explosives or release poison gas or just shoot unprotected characters inside. Stark and Rhodes could be neutralized, or worse, before they even had a chance to ally with the firefighters – and if the conflict had been before the Civil War, they wouldn’t have considered the added protection against mini-saboteurs attacking from within.

7. Captain America Wouldn’t Be Able ‘To Do This All Day’ If The Purple Man Told Him Not To: 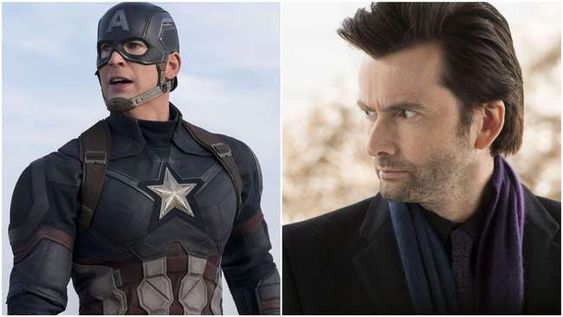 Whether Steve Rodgers or Sam Wilson donned the shield, Captain America’s character has long been defined by sheer determination. More than the Super Soldier Serum or Vibranium Gear, it is Captain America’s heart and determination that strengthen him (that “I can do this all day”) and distinguish him from the other characters. But what if this famous resolve was made in one sentence? Enter Kevin Thompson, also known as Kilgrave also known as the Purple Man. His pheromone skills allow him to command others through irresistible verbal commands and turn courage and determination into non-factors. If Kilgrave told Cap to surrender, Cap would surrender without asking. The same goes for having him throw his shield overboard, get into traffic, or even desecrate the American flag. There’s no real limit to what the Purple Man can do to Rodgers or Wilson, and he’s definitely not one who has a moral problem.

6. Thor Wouldn’t Have A Chance If He Let Absorbing Man Touch Mjolnir: 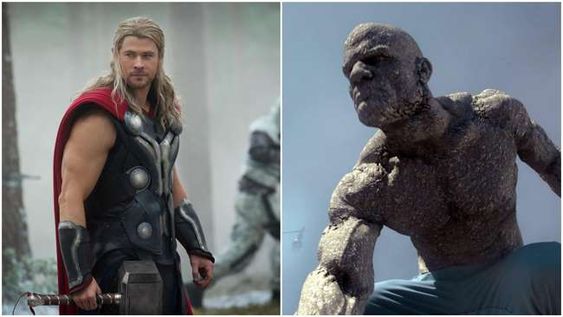 Mölnir’s magic inscription says that “Whoever wields this hammer, if worthy, will possess the power of Thor.” This tiny share of Asgardian legalists usually works for the god of thunder, as Thor Odinson only has to consider the dignity of himself and his closest allies and he never has to think about what could happen to that mighty hammer. Surely, no villain is worthy of ruling over Mölnir, right? Carl Creel, who is descriptively described as an absorbing man, shouldn’t have picked it up. His elemental mimicry nature means he only needs to touch a hammer to transfer all of his properties to his own body – which may include the aforementioned “Power of Thor”. So the man absorbing Mölnir is as strong as Thor, and the fact that he will be completely made of mystical magic metal from head to toe might keep Creel at the forefront of any physical confrontation.

5. Kaecilius Could Rob Spider-Man Of His Greatest Gifts With A Single Spell: 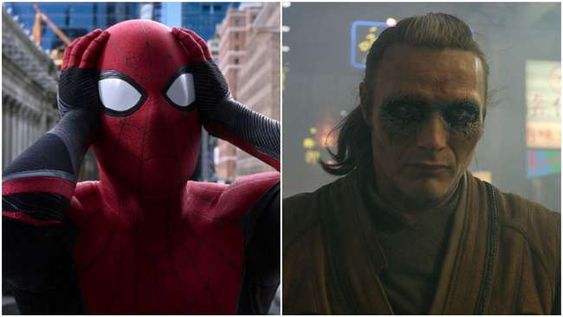 The more Peter Parker grows and learns in the world of Marvel cinema, the more he resonates with his own power. In particular, his sense of trickery (or Peter’s tingling) was found to be an integral part of Mysterio’s triumph in Spider-Man: Away from Home, and it’s an ability that promises to keep Spidey safe from most evil threats from now on. Most, but not all. The feeling of being deceived is as good as the consumer’s understanding of the surrounding reality. If this grip is disturbed by a trip to another different reality – such as a mirror dimension – it will be of no use. Spider-Man totally overpowered Mysterio by being able to understand what was real from what he wasn’t, but he left him in an alternate dimension where nothing was real and everything could be a threat.

4. D’Spayre Could Keep The Hulk Too Hopeless To Get Angry: 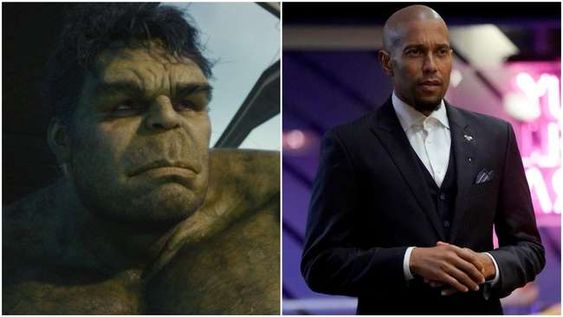 Everyone knows the Hulk’s deal. You won’t like it when he’s angry, because the angrier he gets, the stronger he gets and he’s already the ultimate avenger. But what if the Hulk can’t get mad, especially since he’s too obsessed with other dark emotions? If it was the classic split personality version of a character that was in the MCU before Avengers: Endgame, the result would be Bruce Banner, unable to transform from his usual self into a green hippopotamus. Here comes D’Spayre. D’Spayre, born Andre Deschaine, became a very powerful conductor of Darkforce and Lightforce with the ability to instill persistent despair in others and then amplify their negative emotions as they immerse themselves. Instead of toying with the heavyweight strikers of the MCU, he stakes his trade against the teens from Cloak & Dagger. If the villain turned his attention to the jade giant, Banner would have no particular protection against this mystical power of nature, and the Hulk, given his history of attacking himself and refusing to be overly sensitive to him, could be quite sensitive.

3. Black Panther’s Vibranium Would Be Useless Against The Power Of Graviton: 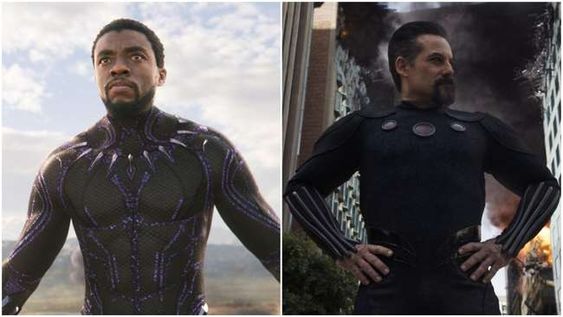 No matter what the Marvel Cinematic Universe throws at the Black Panther, he can handle it. That’s true in the metaphorical sense and usually in the literal one, too, thanks to the properties of T’Challa’s Vibranium-lined suit, which can absorb various forms of energy and redistribute it in the form of a big, purple explosion. One thing Vibranium can’t absorb is gravity because it’s not a form of energy. The Black Panther can’t float around freely in his panther suit, and if he were to come up against an enemy capable of manipulating gravity itself, he wouldn’t be able to defend against it. As his name implied, manipulating gravity was Graviton’s specialty.

2. Jiaying Could Exploit The Scarlet Witch’s Trusting Nature To Suck The Life Right Out Of Her: 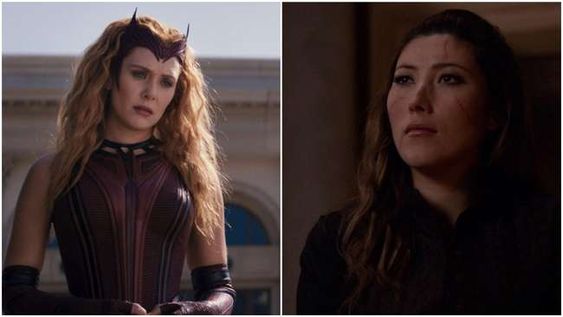 According to WandaVision’s creation, the Scarlet Witch has a very legitimate claim to the title of the most powerful woman in the MCU world; her self-control could use a little work, as well as her arrogant demeanor – after all, she almost let the very suspicious Agatha Harkness around her to pick up magical abilities. Therefore, the only villain who can truly threaten Wanda Maximoff is the one who can use her trust to get close to her and then launch a fatal attack before Wanda has a chance to retaliate. Jiaying from the Inhumans is the one that can beat Wanda.

1. Hela Might Be The One Villain Capable Of Taking Down Captain Marvel: 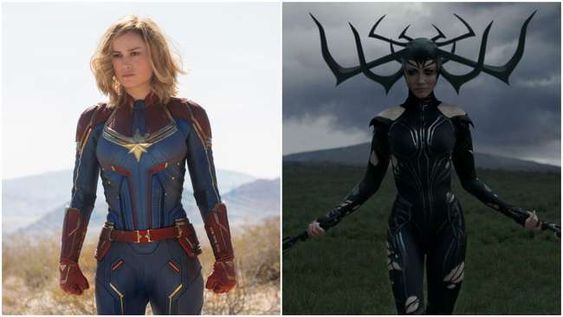 Carol Danvers has done a lot in her decades of service to the Marvel Cinematic Universe. She single-handedly demolished the Kree Empire in the 1990s, personally annihilated Thanos’ fleet, and sparred with the Mad Titan himself. Throughout it, all, audiences have yet to see her with even a scratch or a hair out of place. But, sooner or later, Captain Marvel will have to deal with someone who is genuinely capable of threatening her. Of all the villains who have brought the MCU this far with their presence, Hella seems like the best choice. The Asgardians were probably the most powerful race in the universe and Hella wiped out their entire population without breaking a sweat. She is stronger than Thor, breaking Mölnir with her bare hands and, in the past, pulling entire squadrons out of the Valkyrie. Captain Marvel may be tougher than Thor, but she’s not that hard, so Hella can at least give her a good grade. There’s also Hella’s ability to create seemingly endless waves of all-black dark energy swords, as Danvers can definitely still bleed – probably a lot if she draws Hella’s wrath.

So, yes, these are the 8 Villains in the MCU Who Would Be The Avengers’ Worst Nightmare. These villains, on the other hand, could easily harm and win over these heroes. What do you guys think after going through our theories? Which one is your favorite villain? Let us know your valuable thoughts in the comment section below. Until then, keep reading Animated Times, the perfect place to get a closer look at the entertainment industry, upcoming movies, TV series, celebrity gossip, and much more. We’ll have you covered. So keep reading animated times, guys, for more.