The X-Men fight to protect a world that hates and fears them and if they just so happen to fall in love along the way, that’s even better. The soap opera angle of the X-Men has been present from the very start of the franchise over 50 years ago, when Jean Grey first caught the attention of her male classmates, and it’s only gotten stronger as more and more mutants hooked up and fell in love in-between (or even during) missions to save Earth. X-Men has always been a character-driven franchise, and therefore fans have always been just as invested in the heroes’ love lives as anything else. 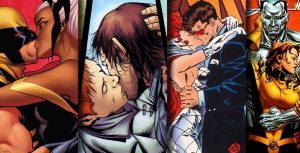 Mystique has been with abundance of people romantically over the years, but her one true love was always Irene Adler, aka Destiny. For years, the couple’s official status was brushed over, but X-men #6 confirms that the two were actually married

Charles and Erik has proved to be consistent in the promise of eventually resurrecting Irene over Mystique’s head, bribing her to comply with their missions. After a while, Raven gets sick of waiting and blurts out, “I want my wife back!” The word “wife” has never been used to describe Mystique or Destiny ever in the past eventhough they were always shown to be domestic and even raised the child together 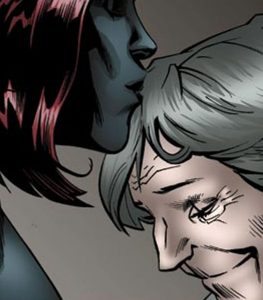