Movies are magic, whether you look at them on or off-screen. Sometimes even looking at the process of making your favorite scenes in films is magical. Without further ado, here’s a look behind the scenes at some of the moments behind some of your favorite franchises of all time.

The Boy Who Lived. The Chosen One. The vanquisher of the Dark Lord Voldemort. This is what kids in the 1990s grew up with. JK Rowling’s books were a major box office draw as 12 movies based on her properties have grossed over USD 9 billion today. Audiences and children grew up on the screen with Daniel Radcliffe, Emma Watson, and Rupert Grint and one of the greatest ensemble casts in history. Here’s a look back behind the scenes of the Harry Potter Franchise.

The most successful film merchandising franchise in the world, according to the Guinness Book of World Records, is Star Wars with a value of USD 70 billion. It is also the fifth most successful franchise in the world. Here are some behind the scenes images from the movies that delighted and thrilled you. Featuring moments from all three trilogies.

Back to The Future

Directed by Robert Zemeckis, this 80s staple has become one of the most beloved trilogies of all time. Following the misadventures of Doc Brown and Marty McFly in their journey through the past and the future, this series grossed almost a billion dollars between 1985 and 1990. This role became Michael J Fox’s most iconic role to date. Here are some behind the scenes moments on the sets of Back to the Future.

Lord of The Rings

The greatest epic high fantasy franchise of all time. There is no comparison. When J.R.R. Tolkien’s vision of Middle Earth was Realized by Peter Jackson, magic happened on screen. We watched Hobbits, Wizards, Humans, Dwarves, and Trolls fight over a piece of jewelry that could control an entire kingdom. The entire franchise including the Hobbit trilogy is worth over USD 5 billion today. Here are some photos that captured a fraction of the magic of middle earth.

A fitting end to one of the greatest stories of our times. Avengers: Endgame was a culmination of an 11-year long vision. In what might go down as one of the greatest climactic battles of our era, the Avengers faced off against Thanos and won. The movie was a hit, shattering box office records worldwide while leaving a void in the hearts of fans. Here’s a look at what went on behind the scenes.

Francis Ford Coppola, Mario Puzo, and Marlon Brando were key elements in making arguably the greatest mob story of all time. The Godfather explores the lives of the Corleone mob family and the struggles and conflicts both within the family and outside it. With a stellar supporting cast and crew, two movies have gone down in history as some of the greatest of all time. Here are some shots from the making of the movies.

Possibly the most mind-bending trilogies of our generation with a fourth releasing soon. The series saw Keanu Reeves in one of his most iconic roles as Thomas Anderson aka Neo and his uncovering of the truth: that humanity is trapped inside a simulation of reality. The series broke new ground in filmmaking as well as storytelling thanks to the Wachowski Sisters. The movie was pure sci-fi gold, breaking box office records. Here’s how things looked behind the scenes.

When Men in Black released in 1997, it was a surprise hit. Audiences were taken aback by the smart storytelling and cool gadgets and aliens. There was also the camaraderie between its cast members and how well it translated onto the screen. Will Smith enjoyed box office success that catapulted his profile to that of a major box office draw. The movie also had a number of famous cameos and well-written comedy. Enjoy some images from behind the scenes.

“In space, no one can hear you scream”. This was the tagline of the 1979 space-monster-horror movie, Alien. With a concept by H.R. Giger and directed by Ridley Scott, this movie, to this day remains a beloved cult classic. It also made a star out of Sigourney Weaver. Here are some memorable images from when they were making this classic film.

When Tim Burton signed on to direct Batman and was asked to work with Michael Keaton, audiences were very vocal about their displeasure of a short, skinny Batman. Jack Nicholson was cast as the Dark Knight’s greatest foe- the joker. The movie, however, left audiences stunned. It brought in USD 411 Billion, globally in 1989. The movie faced rejections from several studios, alternate castings, fan disapproval, and so on but it managed to exceed everyone’s expectations stunningly. Burton was even called in to direct the sequel, Batman Returns. He was ultimately replaced by Joel Schumacher who passed away recently. For now, here’s a look at the making of Batman. 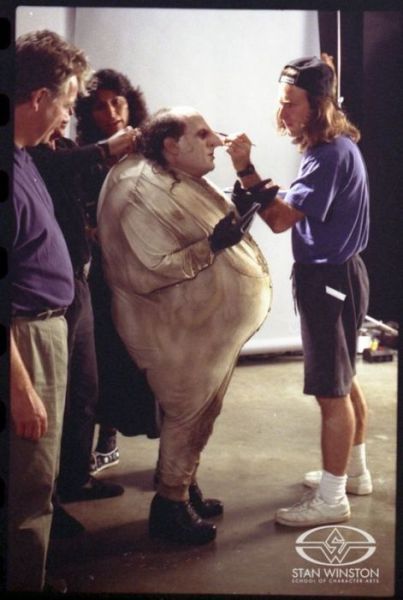