The DC Universe is an awfully dangerous place for The Flashes and it’s even more treacherous these days. Wally West perished at the beginning of the Heroes in Crisis crossover, and now another Flash has been murdered in an unrelated incident.

The time-travelling Zolomon killed Johnny Thunder, The Flash of Earth-18 in The Flash #57. 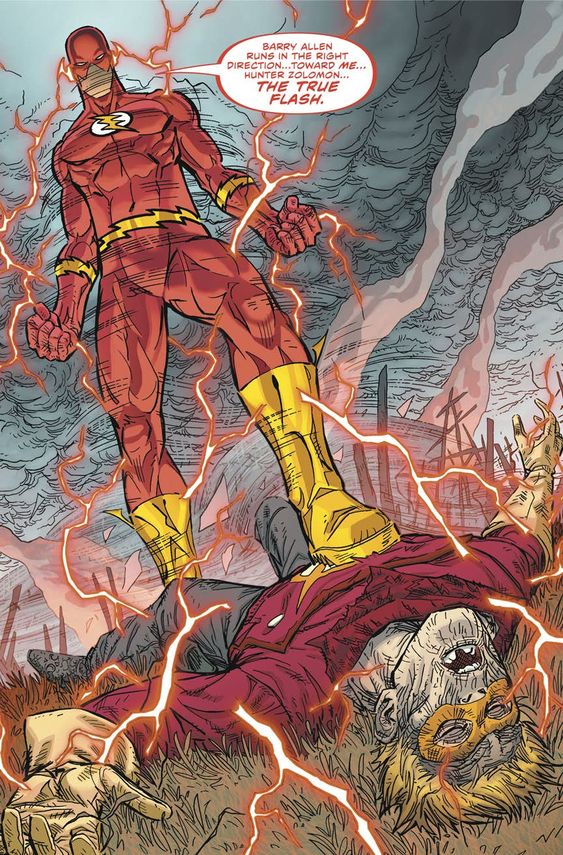 In the issue, Zolomon calls himself The True Flash and wears the classic Flash Costume. Zolomon reemerged in the current “Flash War” crossover which sees Zoom and Reverse Flash broke the Speed Force while trying to unlock the power of the Strength Force and Saga Force.

Meanwhile, Zolomon gets to know about the Flashes “get-together” and travels to Thunder’s home and sucks the life out of him. Johnny Thunder was the Flash of Earth-18, a world filled with versions of Wonder Woman and Superman. This Western World is inspired by 1997’s Justice Riders by Chuck Dixon. 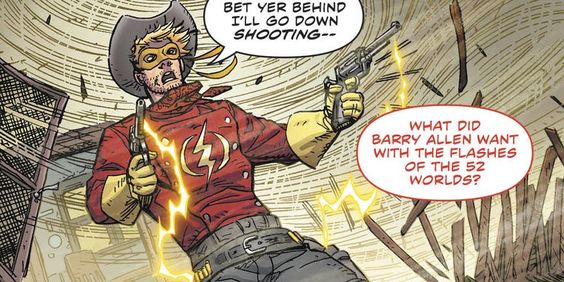 After Earth-18 was established as one of DC’s 52 parallel worlds, Thunder took over as the new Flash of Earth-18. Despite being quick with his reflexes, Thunder was no match for Zolomon who dismantled the revolvers in front of the hero. It’s unclear for now if Zolomon will go after other Flashes but regardless of that, Zolomon will finish the job he started in “Flash War” and take out Barry Allen.