In the Marvel Cinematic Universe, fans have often wondered who the biggest threat out there is. 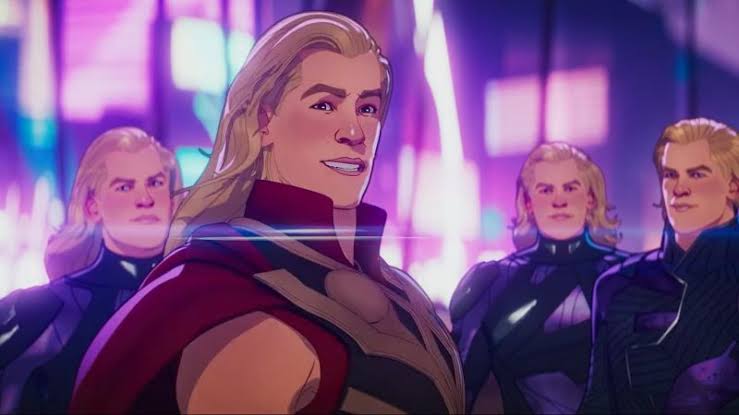 Now that the multiverse is in, what if …? When the mainstream of Thanos, who took half his life from him, was disrupted, that quest expanded to Strange Supreme, the demon-absorbing dark wizard who made possible the destruction of two universes, in order to bring back to his beloved Christine. But with “What if … Thor was an only child?” we are now aware of a cosmic threat far greater than either of the two and completely unleashed.

This happens at the end of the episode when Thor visits Jane Foster to deliver flowers. He has learned his lesson about partying and destroying planets, and they finally set out on a date. But when she leaves and The Guardian gives her usual speech to end the episode about different realities, she is suddenly surprised with a dazzling arrival.

A portal opens and we see Ultron’s bots pause and appear with Ultron in the back in an Age of Ultron-like design. However, he has the Infinity Stones embedded in his breastplate, and when his helmet is opened, he shows a vision with the thought stone on his forehead. He has clearly come to war, unnoticed by the Guardian, making it clear that he rules the gems and this reality.

This implies that no Avenger has stopped Ultron ergo why they are not there other than Captain Marvel to help SHIELD calm Odinson’s party in Las Vegas. It seems that Ultron created the perfect body like in the MCU movie and became Vision as he always intended. It is obvious that he studied the Mind Stone and used this fleet of boats to traverse the galaxy and collect the stones. 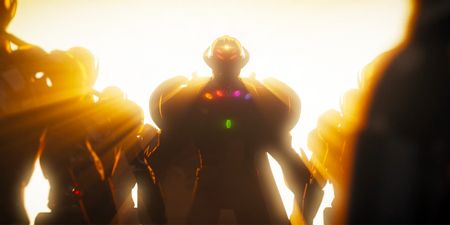 It’s a shocking ending to a completely lighthearted episode that adds to how upset Party Thor has gotten through. But it’s pretty scary, because while in this series we’ve seen Strange notice the Guardian when his demonic counterpart went berserk, we’ve never seen anyone surprise this all-powerful and omniscient.