Marvel’s upcoming film, Eternals, will introduce massive Celestials to the Marvel Universe, and one of them is going to be over 200 miles tall. 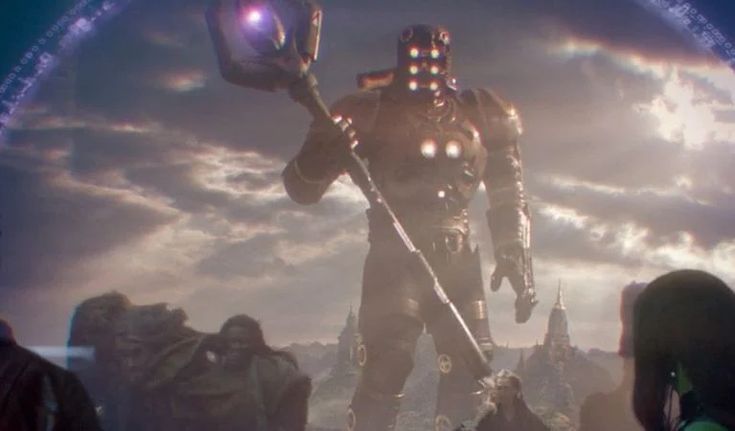 The Celestials In The MCU

Marvel’s upcoming film, Eternals, is going to redefine the godlike and giant Celestials to the Marvel Cinematic Universe. One of them is even 200 miles tall. The movie is all set for a theatrical release on November 5, 2021. With that said, Eternals will feature a cast that will include Richard Madden, Salma Hayek, Kumail Nanjiani, Lia McHugh, Brian Tyree Henry, Lauren Ridloff, Barry Keoghan, Don Lee, Harish Patel, Kit Harington, Gemma Chan, and Angelina Jolie. It is Chloe Zhao, the Nomadland director, who is hailing the third feature film in Phase 4 of the Marvel Cinematic Universe.

The Celestials were primarily gods in Marvel Comics. They were the ancient beings who possessed the immense power of the universe. Their experimentation with lives created the Deviants and Eternals and the mutant x-gene in human beings. The Celestials have appeared for quite a time now in the MCU, most recently in Guardians of the Galaxy Vol. 2 as Ego the Living Planet. But with Eternals, it looks like the Celestials are going to play so much in Phase 4 of the MCU and beyond.

During the shoot, the production designer of Eternals, Eve Stewart, revealed that the size of a new Celestial in the film is going to be around 200 miles. He will be just walking around the planets. While the Marvel Cinematic Universe has introduced some really intriguing characters to date, the franchise has hardly dealt with characters of this size and power. With that said, while it’d be so interesting to watch them in the movie, the implication is pointed towards a larger MCU plot that is yet to get revealed.

With a Celestial of height 200 miles, MCU’s scale is going to increase exponentially. But again, there is yet no confirmation on whether or not the Celestials will be pivotal to the MCU’s future. Still, their return in Eternals seems promising for the franchise.