An art that relates to Doctor Strange has recently come out. The art basically describes a totally new and unique version of the magical Cloak of Levitation. The person responsible behind the designing of the art is Ryan Meinerding who is the Head of Visual Development. The art is said to be a little more hyped than its usual design.

The redesigned look of the Cape!

The first look of the art has been shared on the most popular social networking platform that is Instagram. The design is said to feature a large variety of patterns. A lot of difficulties were experienced in designing the same however the final look made it all worth it. Stephen Strange’s first movie in the Marvel Cinematic Universe as Doctor Strange that released in the year 2016.

In the film, he was seen to learn about how to make mystic arts. He was later seen in various other movies that included Thor: Ragnarok, Avengers: Infinity War and Avengers: Endgame. Stephen Strange will be seen again in the upcoming sequel of Doctor Strange which is titled Doctor Strange in the Multiverse of Madness.Among the other cast, the role of Scarlet Witch will be played by Elizabeth Olsen which will be followed by many others.

The sequel of Doctor Strange is said to be released on the 7th of May, 2021. As the movie is going forward towards its release more and more surprises are being revealed regarding Doctor Strange’s sequel. As of now, there is no news regarding any postponement in the movie. The ongoing coronavirus pandemic has resulted in many major Hollywood movies getting delayed.

However, the scheduled date for the release of Doctor Strange’s sequel will be the same. 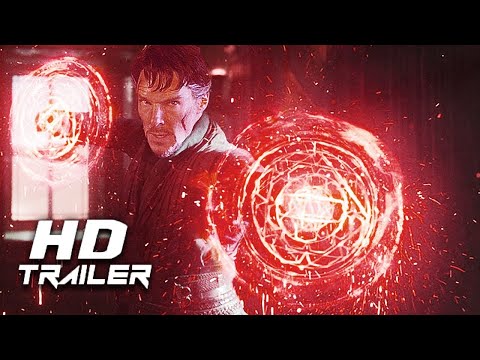