A scene from Avengers: Age of Ultron might have alluded to a sneak peek into the future shown in the upcoming Marvel’s Eternals. Was it a coincidence?

Age of Ultron has links with The Eternals?

Avengers: Age of Ultron helped the Marvel Cinematic Universe shape up stories and events for years, both intentionally and unintentionally. Some of the prominent connections included the introduction of Ulysses Klaue and the mention of Wakanda. Other significant connections were the Avengers being told about the Infinity Stones and the warning about a major threat on its way. There was yet another connection that many would have ignored but it links directly with the upcoming Eternals.

With that said, the connection derives from the scene where Thor interacts with the spirits in the Water of Sight. As he enters the water, he could revisit the dream Wanda Maximoff had earlier in the movie. There, he is subjected to the events of Infinity Gauntlet, Ragnarok, and the Extinction.

Marvel’s The Eternals to release on November 5

As a result of the sneak peek into the future, the vision sets up the next four years of the Marvel Cinematic Universe that finally cap off the Infinity Saga. However, the vision also included a large mass striking with Earth. The same has happened in the Eternals trailer when Ajak tells Ikaris about the forthcoming threat. While the threat is not elaborated any further, the trailer showed that it’d have some cataclysmic repercussions.

There is yet another similarity that has been observed between Avengers: Age of Ultron and Eternals. The scene includes a large mass coming from space, entering the ocean, and creating a whirlpool. Apparently, this description matches with the one that Thor mentions while discussing Mind Stone and Vision. With that said, there is a huge collection of events that could prove that there is a legit connection between Avengers: Age of Ultron and Eternals. But when it comes to the context, there remains a possibility that this might now hold much depth. 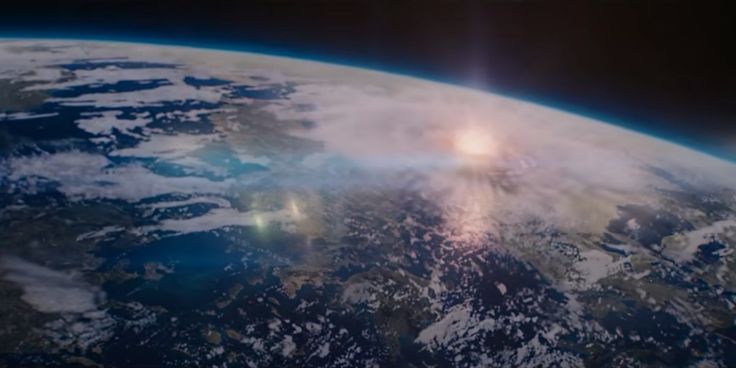 To discover if Thor’s vision from Age of Ultron foreshadowed the events of Eternals or not, Marvel’s Eternals will hit the theaters on November 5.