The new Amazon series, Invincible, has now become a well-received series amongst the masses. The Robert Kirkman comic book adaptation, offers a competing narrative structure to the MCU and DCEU. What attracts us the most is the varied superhero this particular series offers. Let’s break down and know about each of them known so far.
But before we go any further, hit the like button and do not forget to subscribe to our channel.
The series revolves around 17-year old Mark Greyson, who is the superhero Invincible, but like every other superhero, he lives a secret life too. Invincible, as his name suggests, is someone who is invincible. He is the son of Nolan Grayson, aka Omni-Man, one of the most powerful heroes and Earth’s supreme protector. Omni-Man belongs to a super-powered alien race known as the Viltrumites, thus making Invincible one of them too. He resembles Superman in several different ways, from powers to belonging to a separate planet altogether; the similarities are uncanny. 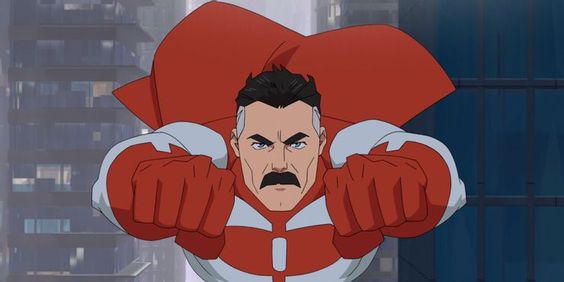 Mark’s mother was, however, a human, and there was always a possibility of him never acquiring his father’s abilities and becoming a superhero. Living most of his young adult life as a regular teenager without super-human powers, he eventually did exhibit strength, flight, and invulnerability. He went on to don on a costume and begins fighting crime. He took up the name invincible after his civilian identity was warned time and again that he wasn’t invincible; he cleverly took up that very name and became Invincible, the superhero.
Even though Omni-Man claims he is the protector of Earth, he ends up killing every member of the Guardians of the Globe, a group he was considered to be a part of. In later episodes, it is witnessed that the Earth is being infiltrated by an alien force, Omni-Man visits their planet to confront them. You might think he does so in order to protect the Earth, but being there, he says, ‘The Earth is not theirs to conquer’ hinting, that someone he’s working with is planning to do so.
While one keeps pondering upon who it might be, the series introduces the Martians to us, therefore solidifying our theories. 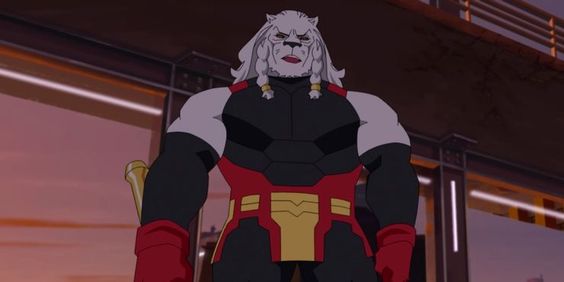 Now let’s take a look at The Guardians of the Globe, a name similar to the Guardians of the Galaxy while somewhat resembling the Justice League. The group of superheroes included Darkwing, War Woman, Red Rush, Aquarius, Martian Man, Green Ghost, and Immortal.
Darkwing resembles our very own Batman, but with almost less to no powers, he was an above-average hand-to-hand combatant, had few gadgets, and relied mostly on his “Shadowverse” powers. War Woman, as her name resembles is a parallel to Wonder Woman, by the day she was the CEO of a big company who in some sort of way sponsored the Guardians of The Globe. Next, we have Red Rush, his powers- he can run too fast and wears a red costume, rings a bell? He is a parallel of Flash barring the fact that he has some defects that Flash sure didn’t have.
Moving on, there’s Aquarus and Green Ghost; while Aquaruswas a parody of Aquaman but a fish-like creature, Green Ghost was a Green Ghost since it was green and was a ghost, loosely similar to Green Lantern. 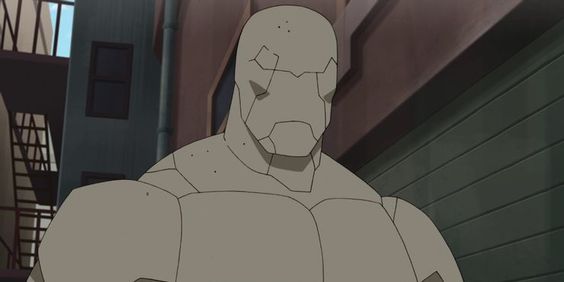 Green Ghost is a professional photographer by the day and led two-lives similar to War Woman. Next up is, Martian Man is a superhero similar to Martian ManHunter and had shapeshifting abilities, he was known to be able to fly past atmospheric levels, and shape-shift into various forms. 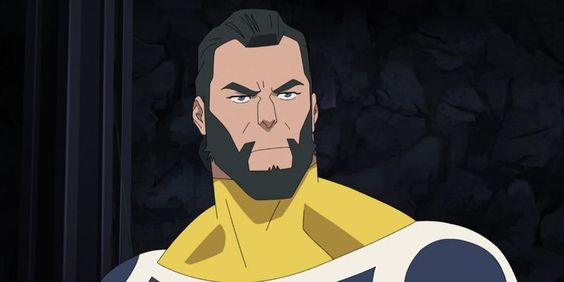 Martian Man looked way too similar to the Martians who planned on conquering the Earth, but he was killed too soon for one to find out, if he was one of those who wanted to conquer the Earth? Or if he left Mars before the plan was put in order? Or did he choose to help the Earthlings and had a change of heart?
Guess, we might never get to know that!
Last but not the least we have Immortal and as his name suggests, is immortal and was the only one to survive Omni-Man’s slaughter of the Guardians of the Globe. He, out of the Guardians of the globe seemed to possess real super powers including Vast Superhuman Strength, Invulnerability to almost any physical harm, Regeneration and of course, Immortality. 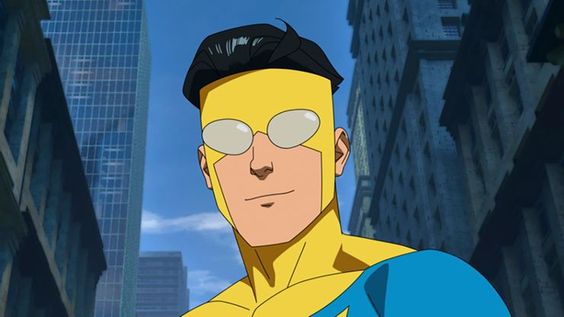 Beneath the Guardians of the Globe, we have the Teen Team who hold more resemblance to the show as they are still alive and kicking. The Teen Team is a team of teenage superheroes and the group is loosely based on DC Comics’s Teen Titans. The original members of this superhero alliance were Atom Eve, Rex Splode, Dupli-Kate, and their leader Robot. They eventually meet Invincible while fighting off a super-villain; but he chooses not to join them but remains a loyal ally.
Let’s breakdown the members of Team Titans, the most crucial team member here is Atom Eve who is a standard for Starfire, with a similar design and lots of electric beam energy. It is later revealed that she too, lives dual-life as a regular girl and attends the same school as Invincible. The show later brings in a budding romance track for the two of them. 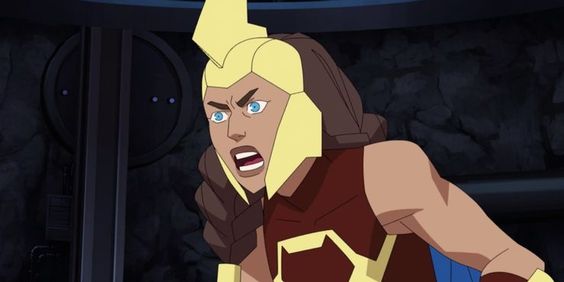 Initially, Atom Eve was with Rex Splode but breaks up on the account of him cheating on her with a fellow team member Dupli-Kate. While we’re on Rex Splode, he is a parody amalgamation of Robin and Beast Boy and has the ability to alter the chemical makeup of inorganic materials, causing them to become unstable and explode. He has limited invulnerability and slightly enhanced strength.
Next up, is Dupli-Kate who is somewhat similar to Raven in design but does not have similar powers; she can however duplicate her own clones but does not undergo the process of Mitosis as such. This entire team is led by the final member of the team Robot, who somewhat resembles Cyborg, but in this case is not human at all. His not being human does affect his decisions, since for him its mind over matter which is not exactly the same as the rest of the team. 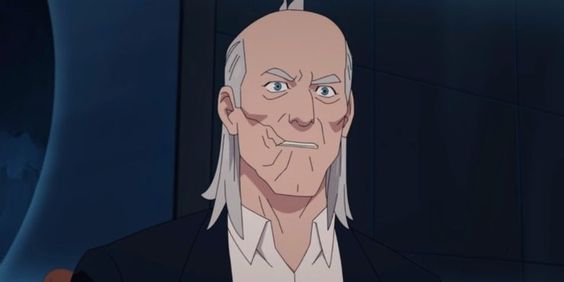 After Omni-man brutally kills the O.G. Guardians of the Globe, it is robot who is asked together a team of primary defenders for Earth.
Shrinking Ray joins in as the newest member of the team,who has the ability to shrink to small sizes and allows her to escape traps quite easily and enter her opponents internally. Next we have, Monster girl who along with Shrinking Ray is a new addition to the crew. She has the ability to turn into a gigantic troll on command but ages backwards as she transforms back to her real self, this is one of the reasons why she looks like a child, while she is actually 24.
Black Samson is one of those superheroes was a part of the O.G. Guardians of the Globe but was removed since he lost his powers, however he did continue to fight crimes with the help of a super suit and latest technology very much similar to numerous superheroes that we know of. 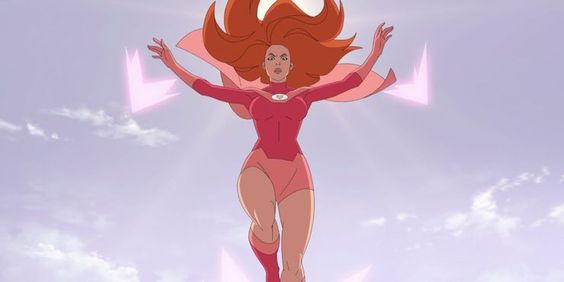 Apart from the superheroes we mentioned in this video there were several others who were seen during the tryouts of the Guardians of the Globe. These superheroes however, have little to no significance to the show at least up until now.
After from the superheroes we have one more recurring character in the series who is not a human and has powers including teleportation, psychometry and Intuitiveness all of which helps him be a skilled detective and survey a crime scene with ease. 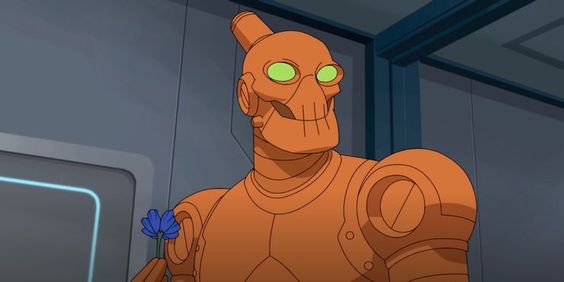 He was the one chosen to solve the murder mystery of the Guardians of the Globe using his powers, but soon as he starts getting closer to the actual occurrence at the crime scene, Cecil threatens to carry out a ritual that could send him back to hell. 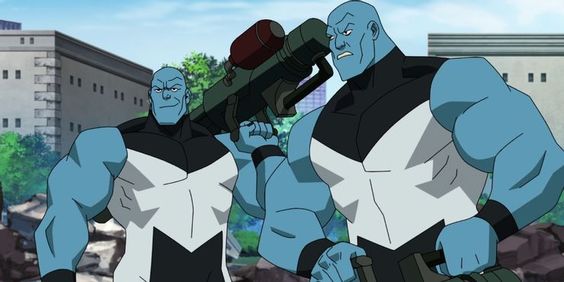 Well, that’s about it for the major superheroes who form to be a part of the Invincible Series. Comment down below and let us know your favourite amongst them all.

Ben Affleck Spends Night In Jennifer Lopez's House, Comes Out With Evil Smirk In The Morning 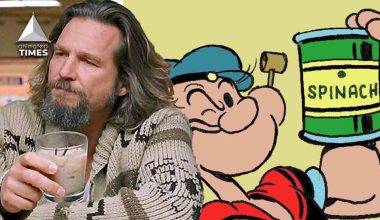 Read More
A lot of things in the modern world are influenced heavily by movies, TV shows, documentaries, etc. Many… 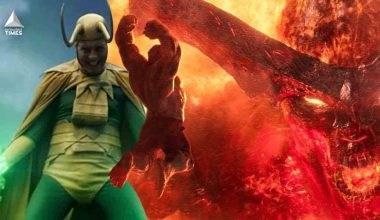 Read More
The MCU has given us some pretty noteworthy moments. But there are times in the Marvel Cinematic Universe… 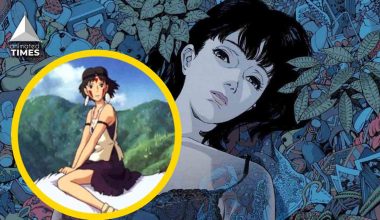 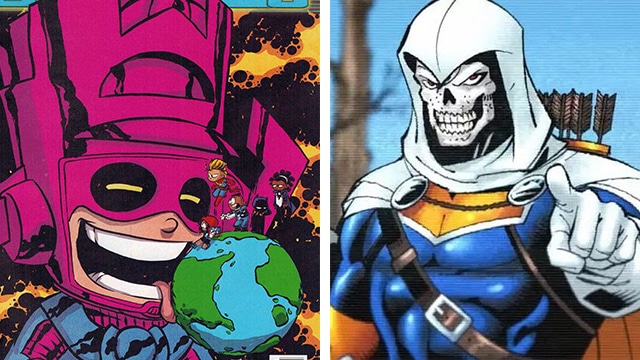