The Howling Commandos were an elite combat unit that specialized in carrying out suicide missions behind enemy lines. Led by Captain America in the heat of World War Two, they were a force to be reckoned with. 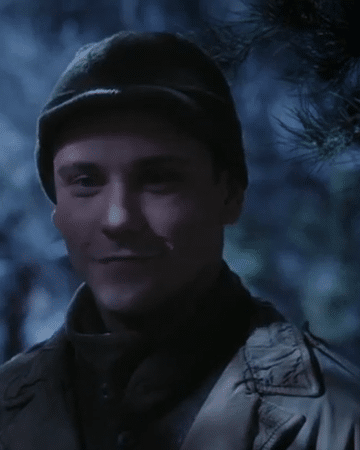 Junior Juniper was the youngest and least experienced member of the Howling Commandos. He had experience and expertise in using fire-arms. Carrying an M1A1 Thompson into battle, Junior Juniper actually got no chance in using it. In the comic books, Juniper has the distinction of being one of the first characters to be permanently killed. In Agent Carter, Juniper was shot to death by a little girl trained as an assassin as part of the Soviet Red Room Program. 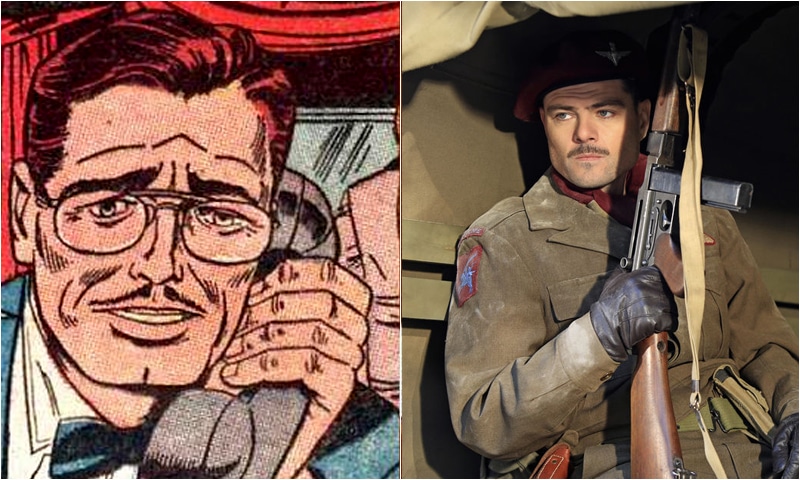 Not much is known about Picky Pinkerton aide from the fact that he carries an M1A1 Thompson into battle. He is the squad’s submachine gunner. Pinkerton helped the Howling Commandos and Agent Peggy carter fight the Red Room and the Soviet Leviathan after World War Two. 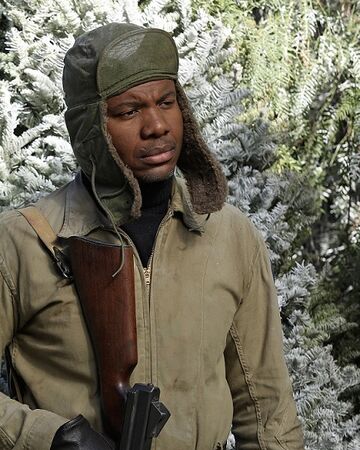 Happy Sam Sawyer is the sniper and infiltration specialist of the Howling Commandos. His weapon of choice is an Colt M1911A1. He has modified the weapon with a customized suppressor, showing proficiency in weapons design and modification. His marksmanship skills are also on par with the other members, a prerequisite for joining the Howling Commandos. 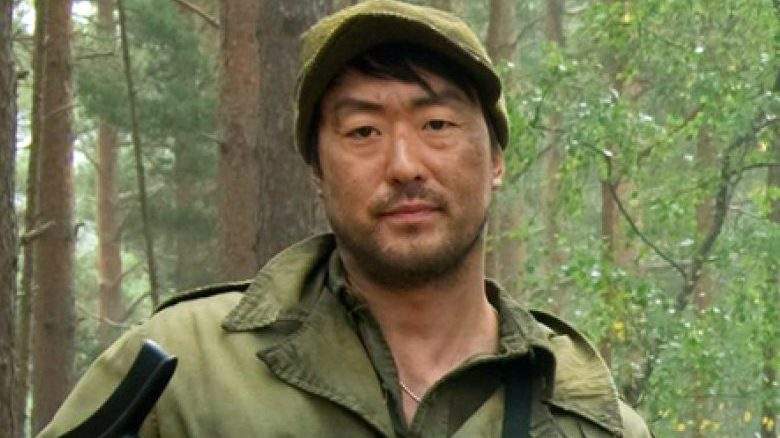 Jim Morita is a Japanese-American soldier hailing from the era of World War Two. Originally part of the Nisei Squadron and stationed at the pacific theater under the command of Happy Sam Sawyer, Morita was eventually captured. He was sent to the Hydra facility in Austria along with the others. Morita is a capable close quarter combatant and uses a submachine gun in battle. 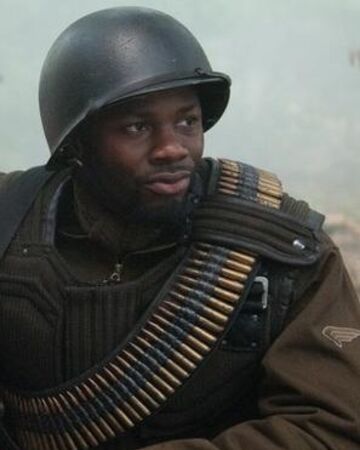 Gabe Jones is a native of the State of Georgia. He studied French, German, and an array of other languages before he joined the United States Military as part of the Allied Offensive for World War Two. Jones is an expert marksman but his true strength is in linguistics. He was the squad’s chief translator since he had knowledge of nearly every known European origin language. Jones also had above average strength. His weapon of choice was a Browning machine Gun. He could even run at full speed with the gun firing in his hands. Jacques Dernier was a member of the  French Resistance. He is trained in firearms but in the Howling Commandos, he is the resident explosives specialist. He leads the squad’s anti-tank operations with Howard Stark developed Track Bombs. He one single-handedly destroyed a Hydra Mini-Tank using a Track Bomb.

James Montgomery Falsworth was the last known survivor of His Majesty’s 3rd Independent Parachute Brigade. He is the ancestor to a well-known British Superhero in Marvel Comics – Union Jack. Falsworth is extremely proficient in using dual side-arms. He is an expert marksman and an explosives specialist. He carries Mills Bombs with him before going on missions. His combat skills are also extremely good if not on par with those of Steve Rogers. Falsworth is also a very proficient tactician and strategist. 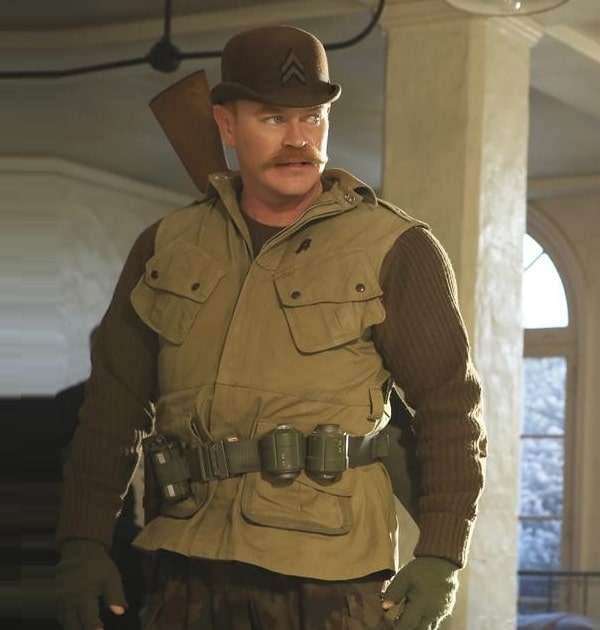 Dugan was an extremely loyal but belligerent personality. He was witty and was a fan of sadistic humor. Dum Dum Dugan was the former leader of the Howling Commandos before Captain America took over. Dugan was skilled in espionage wand was a skilled saboteur. During World War Two, he used his marksmanship skills with revolvers and shotguns to aid Rogers in his fight against Hydra. After the Second World War, he led the Howling Commandos against the Soviet Deep Infiltration Wing called Leviathan. His favorite weapon of choice was a shotgun, which he used with god-like proficiency. 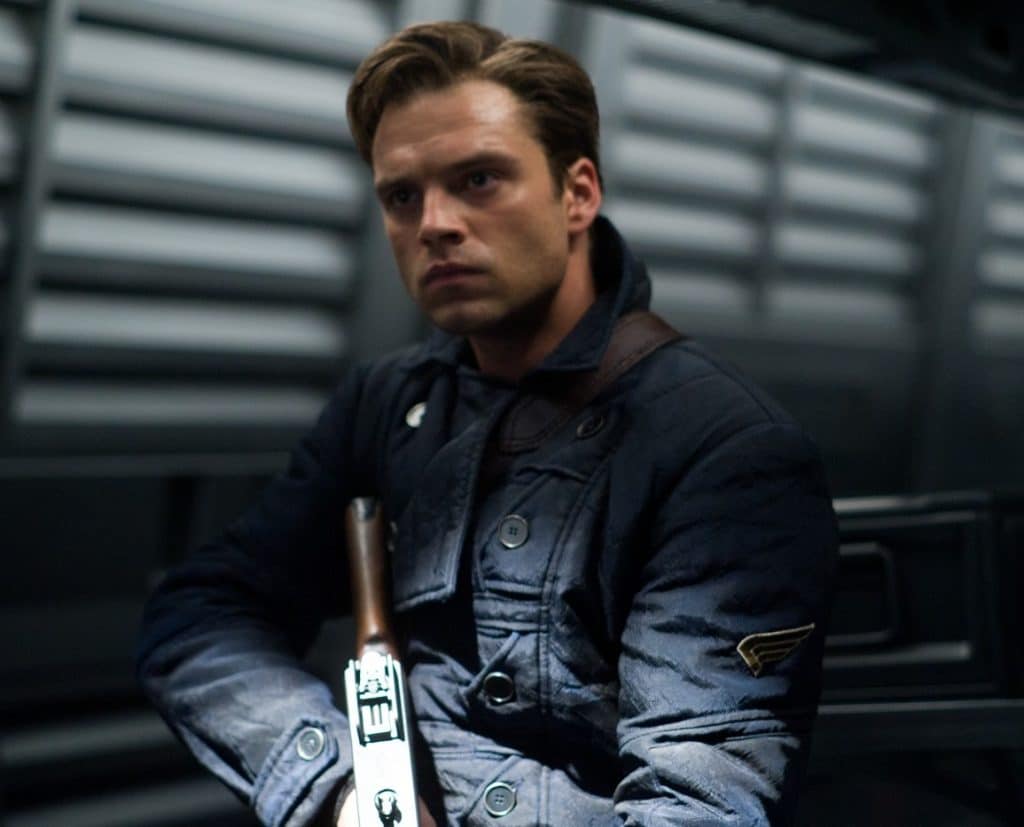 In another world, Bucky Barnes would have been the perfect choice to be the test subject for Erskine’s Super Soldier Program. After having his arm replaced with a bionic one and intensively trained in the art of espionage and assassination, Barnes became the Winter Soldier – the greatest assassin the world has ever seen. His skills are on par, if not greater than Captain America’s.