We all know that Marvel and DC is home to almost all the strongest heroes in the universe and there was a time in the late 1990’s and early 2000’s when both the companies used to cross over often. However, nothing of this sort has happened in the past 15 years. However the relations between the two giant houses were friendly in 1996 when comics Marvel vs DC came in which featured various heroes of the two universes facing off against each other.
Throughout these comics, fans got to come across various powerful characters and some of these amalgam heroes and villains were highly overpowered and today we tell you about 6 most powerful DC v/s Marvel amalgam characters. 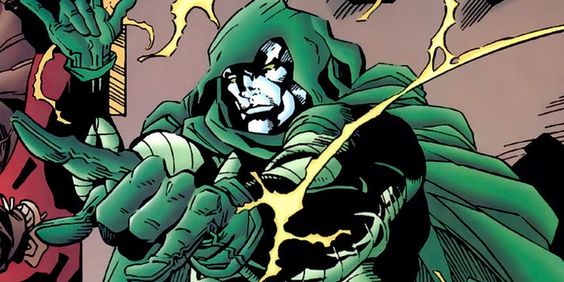 There is absolutely nothing Spectre cannot do with his limitless supernatural powers. In the same corner of the universe, Nightmare is equally powerful and together they combined to form Night Spectre, an evil entity who feeds himself from the pain of evil-doers.
If Night Spectre would’ve been successful in capturing Harvey Osborn’s (Two Faced Goblin) soul, he would’ve achieved total control on Earth but this planned was thwarted by Speed Demon. 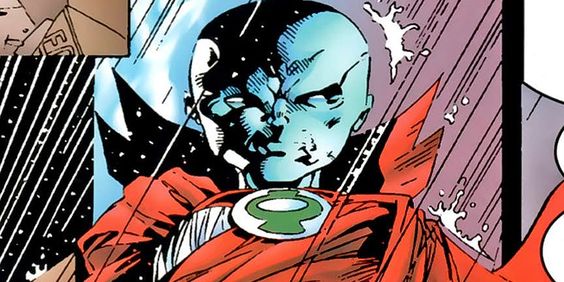 Uatu the Watcher is considered as one of the most friendly entities in the Marvel Universe and DC’s Guardians of the Universe created Green Lantern Corps and together, they formed a less friendly version called Uatu the Guardian.
Uatu went mad and wiped out the entire Starbrand Corps by himself but later helped Earth’s heroes when Galactic tried to take over the planet.

As the name suggests, this is Thanos and Darkseid, combined. Both are equally powerful and have had a major impact in the events of their respective universes, it made sense to combine them into one. Thanoseid wanted to rule Apokolips and win Lady Death’s heart by destroying the entire universe.
Thanoseid was immortal and had an army and though his full powers were never revealed, he can be considered as the strongest being in the universe. 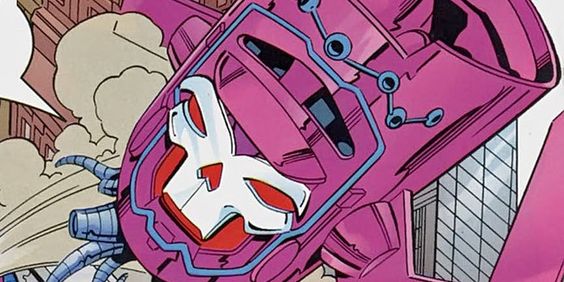 This was a mix of the planet-eater from Marvel, Galactus and DC’s mechanical ace which merged to form Galactiac. Galactiac is one of the oldest Amalgam villains and could consume the lifeblood of worlds. On his best, he had unlimited cosmic powers and could even devour a planet to feed himself. 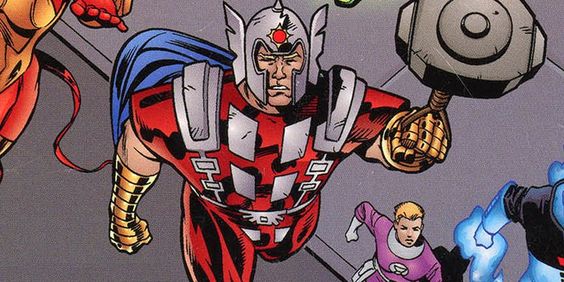 Marvel’s Thor merged with DC’s Orion to form Thorion, The Hunter. Thorion then went on to wield the Astro Force and his hammer and guarded his home New Asgard from Thanoseid’s Apokolips.
When Thorion’s half brother D’saad tried to free the two Promethean giants from each other, Thorion showed the power of Astro Force and with a single strike saved the universe by taking out Kalibak, Mangog and Surtur. Thorion even evolved with an unimaginably powerful Celestial. 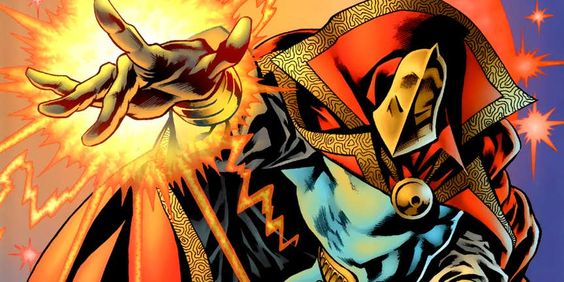 He is the only character who understood the nature of amalgamation and survived his destruction in the end. He was made of Marvel’s Doctor Strange, Charles Xavier and DC’s Doctor Fate, the character kept walking the line between good and evil and even saved Nabu the Ancient One.
Apart from being trained in the mystic arts, Strangefate was also the world’s most powerful telepath. He even convinced Strange to recreate Amalgam in the form of a pocket dimension.