The second season of Amazon’s The Boys released on September 4th to much fanfare, surprises and review bombs. Andrew Jackson has been cast as Love Sausage. The Boys were well and truly back, ready to wreak havoc on the supes and all across our screens.

The Story So Far

The first three episodes packed a punch with some major plot points. The first 3 episodes see a whirlwind of plots. These include foreign superhumans, Translucent’s funeral, the appearance of a mysterious man with telekinetic abilities, tensions between Vought and Homelander, the introduction of Aya Cash’s character, Stormfront, and Homelander attempting to bond with the son he fathered with Becca Butcher.

Butcher, however, is missing but eventually returns. Fear not, Amazon did say they’d be releasing a short film for audiences to understand where he was between the events of Seasons 1 and 2.

Meanwhile, the rest of the Boys and wee Hughie are in hiding in the underground, unsure of their next movie, until a telepathic super shows up. The Deep, meanwhile is on his journey of self-discovery with the Eagle, a parody of Hawkeye.

Now with the story progressing as it is, we’ve just learned that Love Sausage, a popular character from the Boys by Garth Ennis and Darick Robertson will be making his debut on the show.

Who is Love Sausage?

In the comics, Vasilli Vorishikin, is ally and friend to Butcher and the Boys. Vas is a Russian ex-cop, ex-tank commander, ex-superhero, communist and current owner of a bar in Moscow. Vas’s guilty penchant is drinking a beverage made from brake fluid that he passes off as Vodka. He used to be part of the Glorious Five-Year Plan. They were a team of five superheroes The Tractor, Purge, Red Banner, and Collectivo who ran riot in the days of the Soviet Union. They are all now presumably retired or dead. Vas bonds with Hughie and is one of the most likable supes according to the Boys.

Love Sausage is super-strong and extremely durable. He’s also…. Well-endowed, for lack of a better phrase. He cannot run while aroused and has stated that women with large bosoms are his “Kryptonite”. Revealing his fate from the comics could be spoilers. But suffice to say he meets a tragic end.

Who’s Been Cast as Love Sausage?

Andrew Jackson has been cast to play Love Sausage in season 2 of the Boys. Speculators assumed that Jeffrey Dean Morgan would be playing him. Given that he was slated to appear in season 3 and even that may be unlikely we now know that is not the case.

Andrew Jackson has appeared in popular shows such as Reign, Criminal Minds, and Dark Matter. He has also lent his voice to projects such as Bakugan: Mechtanium Surge, Beyblade Metal Fusion Beyblade Metal Fury. He will make his debut in episode 6 of season 2, where he will aid the boys in their fight against Stormfront. However, there’s one more surprise. 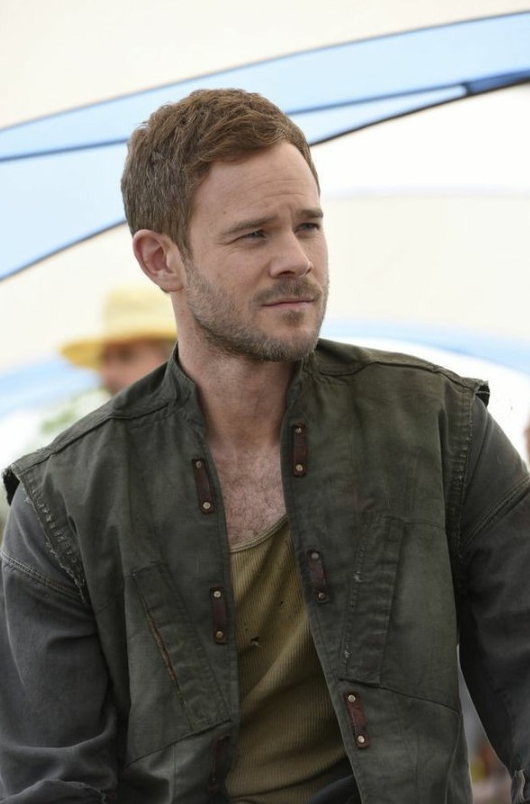 Yes, Lamplighter, one of the Seven, will also be making his debut. Shawn Ashmore who you might remember from the X-Men as Bobby Drake also known as Iceman is playing a comic book character once more.

Lamplighter’s departure from the Seven was referred to in the first season of the Boys. Lamplighter had killed Colonel Mallory’s grandchildren. A parody of Green Lantern, he was forced to retire to stop an all-out war between the Seven and the CIA. Possibly ruthless and an absolute psychopath, Lamplighter carries a staff that allows him pyrokinetic abilities.

In the comics, Lamplighter was nearly beaten to death by the Female and Frenchie before Mallory (a male in the comics), shot him in the head. He was revived by Vought American with Compound V but retained no higher brain function and was permanently mentally incapacitated. Yikes.

What’s Next for The Boys?

Apart from the Boys taking on more supes, expect to see them go toe-to-toe with Stormfront in an epic battle. Lamplighter might also throw down with the boys, given what happens to him in the pages of the original series. Given how the Boys subverts some of the comic’s storylines and sometimes makes them better, it wouldn’t be surprising to see Lamplighter come off as a hero.

New episodes will be releasing every week till the finale which will be released on October 9, 2020. The series sees the return of Hughie (Jack Quaid), Mother’s Milk (Laz Alonso), Frenchie (Tomer Capon), and Kimiko (Karen Fukuhara) and their fearless leader, Billy Butcher (Karl Urban). Starlight (Erin Moriarty) also returns as she navigates her place in The Seven. Homelander (Antony Starr) on the other hand, is back as he vies for total control. Stormfront (Aya Cash), a social-media-savvy new Supe, has an agenda of her own. Vought seeks to capitalize on the nation’s supervillain paranoia.