Amber Heard has tried her best over the years to paint herself as a victim of domestic abuse. The actress accused her former husband, Johnny Depp of assaulting her and tried defaming him. However, she got very little support as her narrative was not credible enough. In fact, she even lost most of it throughout the very public ‘defamation trial’ that took place between the ex-couple.

With the verdict being in Johnny Depp’s favor, things have gone bad for the actress in her pursuit to entitlement. She is also unable to pay damages as ordered by the court and is reportedly seeking for help. It seems that the Aquaman actress also reached out to a ‘fellow abuse victim’, Angelina Jolie.

Angelina Jolie is a victim of domestic abuse

Eternals actress, Angelina Jolie has claimed to be a victim of domestic abuse since she separated from Brad Pitt. The actress alleged that the Bullet Train actor physically assaulted her back in 2016. The ex-couple was on their private plane when the incident took place due to a heated argument between the two. “You’re f—ing up this family,” the actor allegedly yelled while seizing Angelina Jolie by the head and shoulders. He apparently also poured beer over Maleficent actress while she was under a blanket.

The actress also sued the FBI under the Freedom of Information Act earlier this year. She did so in order to seek clarification on the reasons for which the FBI decided to end its investigation on Brad Pitt. Apart from this, some leaked images of Angelina Jolie’s bruises that she reportedly got from the actor have been circulating the internet as well.

The Pirates of the Caribbean actor has been awarded $10.35 million in damages after winning the defamation case. However, the Aquaman actress reportedly lacks the funds to pay them. Amber Heard has thus contacted numerous A-list celebrities, according to numerous publications. Elon Musk, Margot Robbie, Cara Delevingne, and more are included in this but she seems to be getting the cold shoulder from everyone. According to the most recent information, the actress has now tried to enlist Angelina Jolie’s assistance.

Also Read: “Why is she working with abusers?”: Margot Robbie Gets A Target On Her Back As Fans Point Out Her Working With Abusive Director David O. Russell, Say It’s No Surprise She’s Friends With Amber Heard

The Aquaman actress reaches out to Angelina Jolie

Star Magazine recently reported that Amber Heard contacted Angelina Jolie seeking for help. According to the article’s source, “Amber has a list of high-profile figures in Hollywood to approach for help. Angie is right at the top.” Nevertheless, the source continued, “Angelina Jolie isn’t interested in striking up a friendship with someone as notorious as Amber. And she’s got a soft spot for Johnny, so Amber’s out of luck.” According to the source, Amber Heard reached out to the Eternals actress even after knowing that she is close with Johnny Depp. It appears that the Aquaman actress is at her lowest point as she sought for help from someone who doesn’t like her. 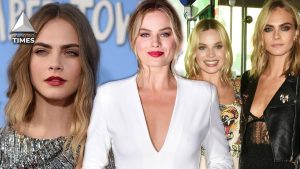