The world of anime is full of sibling duos that fight and bicker like petty rivals. But when push comes to shove, these sibling duos show time and again why they are a force to be reckoned with.

Sora And Shiro – No Game No Life 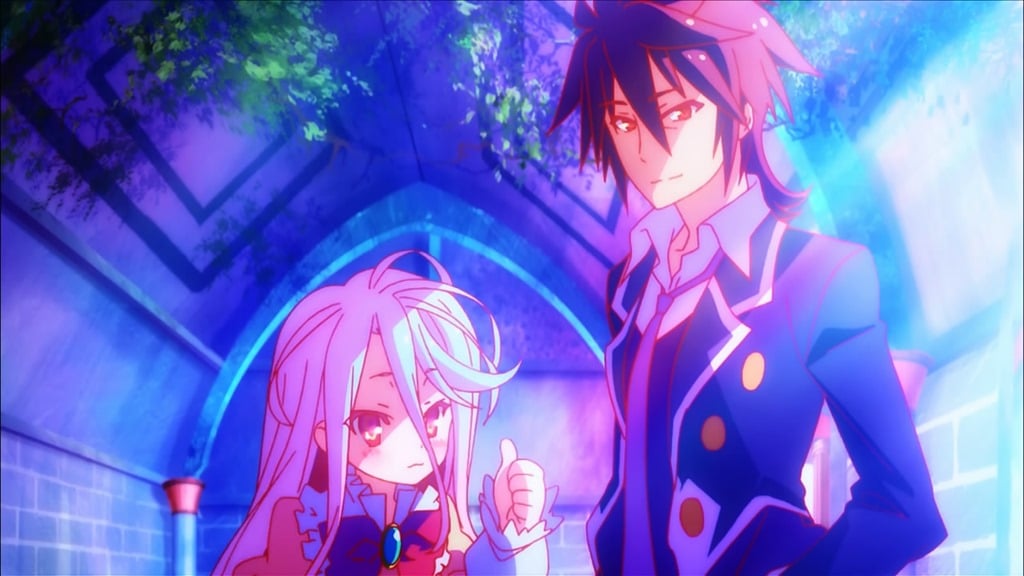 You can be shy as hell and still be pretty powerful if you are an anime character. No sibling duo proves this better than the Hikikomori couple Sora and Shiro. Sora is an 18 year old recluse. Shiro is his 11 year old sister. With their skills and coordination in the gaming world, they have become the absolute king and queen. Thanks to a God named Tet, they are transported to a world where gaming is everything. And Sora and Shiro prove beyond a shadow of a doubt why they are the best of the best. In this world, their skills are deadliest and evn their greatest enemies come to respect them.

Eren And Mikasa  – Attack On Titan 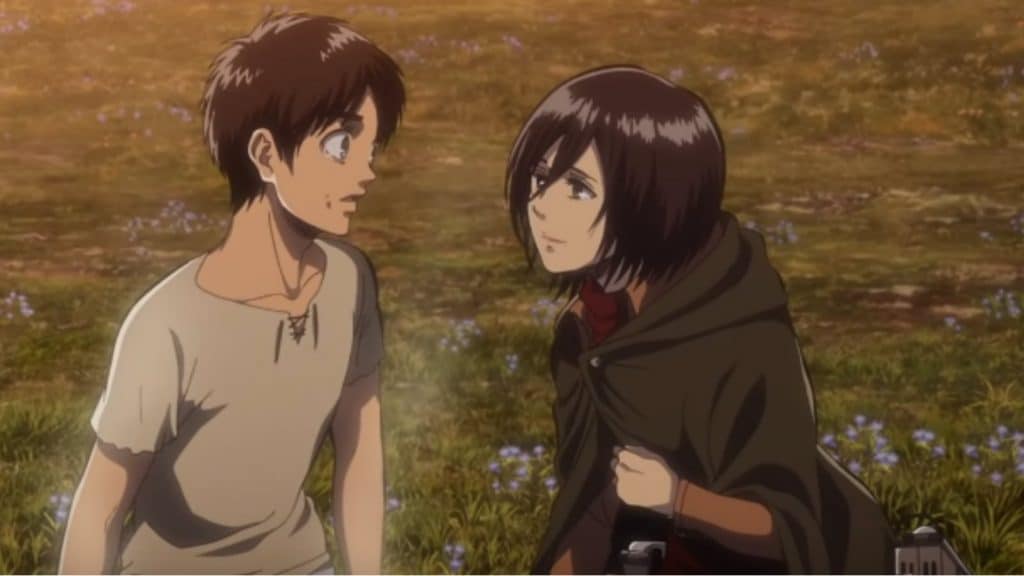 Both had a very dark and morbid origin story. Eren was made into a guinea pig by his own father. Mikasa is one of the last of the Ackerman bloodline, a family that has been literally hunted down to extinction. Eren has the power of the Coordinate and can turn into a massive Titan. he has superhuman healing abilities and incredible physical attributes. Mikasa on the other hand is a gifted fighter who, despite her very human limitations, is a force to be reckoned with. Eren’s brash personality complements Mikasa’s quiet and calm demeanor. 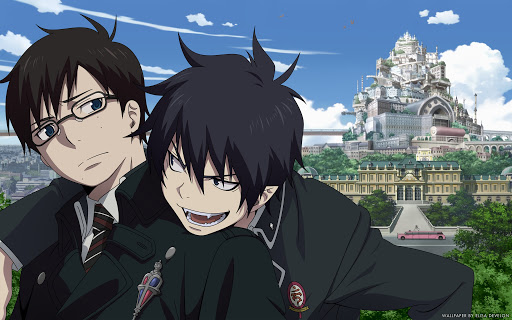 They are not even human so to speak. Rin and Yukio are sons of Satan, the King of Hell. They are only half human. This makes the chemistry between the sibling duo that much more complicated. Rin is the more hot headed of the two. He is the direct son of Satan. He shows his roots in his actions. Yukio is the younger one and is more calm and composed, helping keep Rin in check. Together Rin and Yukio have vanquished demons that could level an entire city. These two satanic off-springs are crazy powerful. 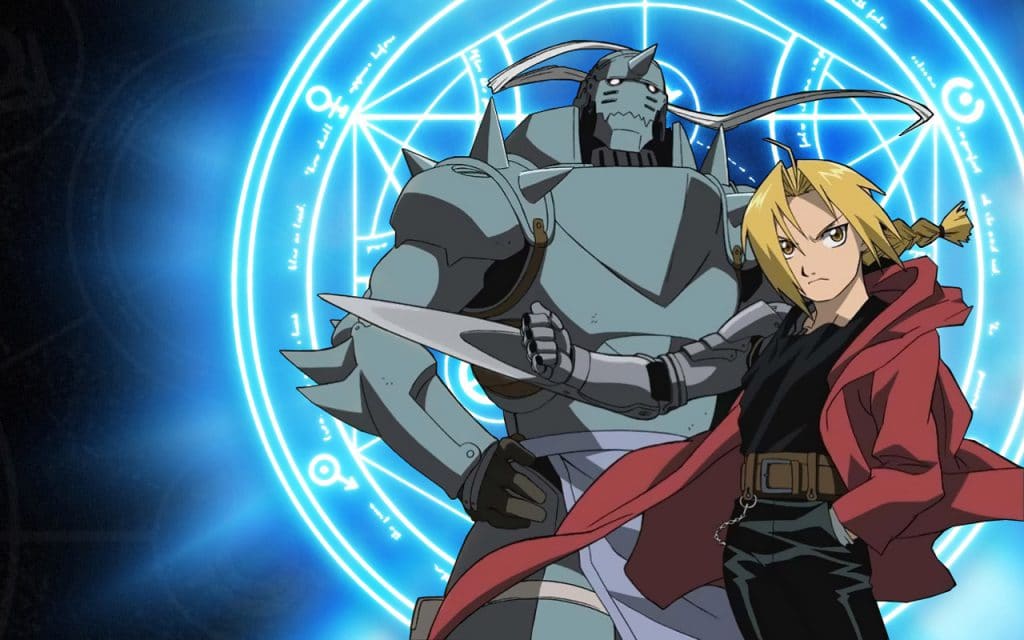 Ed and Al might be the first anime duo that comes to many anime fans’ mind when they saw this list. Edward and Alphonse Elric are gifted warriors trained in the art of alchemy. By combining magic and science, they have performed wondrous feats. Edward was able to go against the laws of nature and bring back his brother’s soul from the afterlife. With the power of potent alchemy in their hands, these Elrics are not to be trifled with. Alphonse was a walking hunk of metal armor so he was un-killable. Edward had a cyborg hand and leg which were multiple times stronger than human limbs.

Luffy And Ace – One Piece 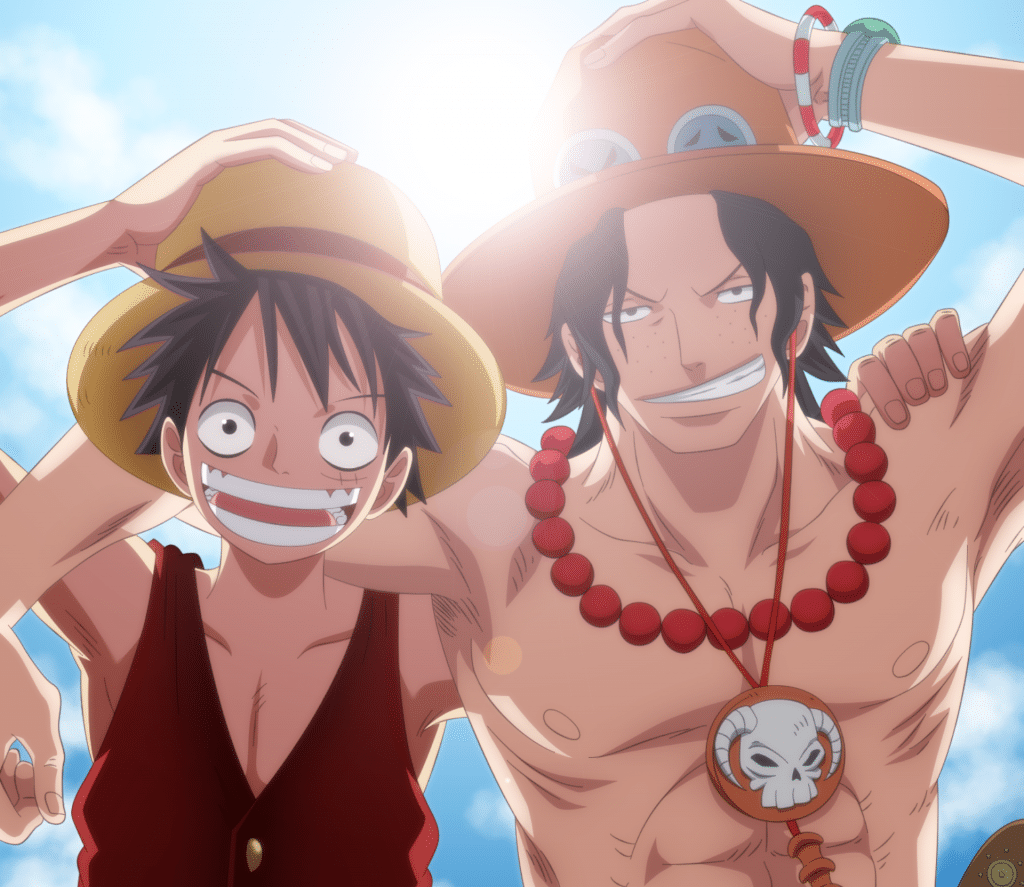 Well they are not biological brothers. But they once swore an oath of brotherhood along with Sabo. Even though not connected by blood, they have given each other their word that they will always see the other two as their brothers. And that is more than enough. Luffy has the power of the Gum-Gum Fruit while Ace wields the power of the Flame-Flame fruit. Ace and Luffy have unspeakable amount of strength and are devoted to each other. Sadly Ace never makes it out alive the last time him and Luffy joined forces, We bet you cannot watch that scene without getting misty-eyed.

You May Also Like: 10 Major Differences Between The Naruto Manga And Anime 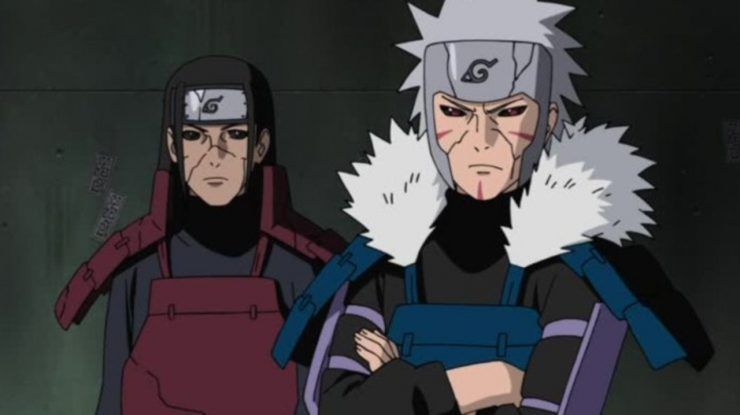 In the world of Naruto, Ninjas use the chakra in their body to mold the world around them. The more chakra you have, the powerful you are. The Senju clan was blessed with a bloodline that gave them incredibly high levels of chakra and a powerful life-force. And in that clan, the two greatest warriors were Hashirama Senju and Tobirama Senju, the first and second Hokage of the Hidden Leaf Village. Hashirama Senju is still referred to as the greatest shinobi who ever walked the face of the Earth,. Tobirama Senju was a genius who created several forbidden jutsus as well as pioneered the water style technique. 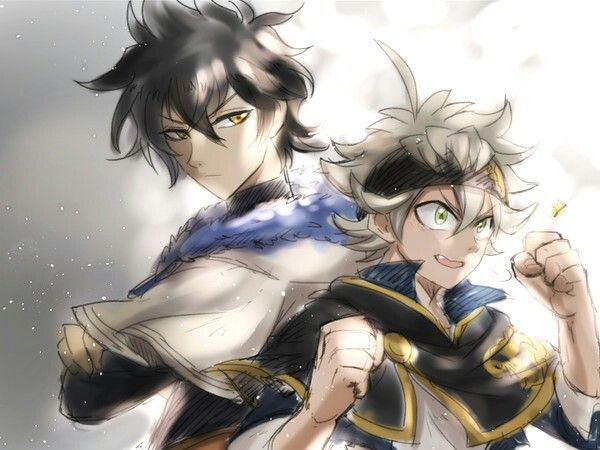 Although they are not related by blood, they more than make up for it in their friendly rivalry. Asta was born with no knack for magic. Yuno was gifted in it. Asta envied Yuno. Yuno hated Asta because of his never give up attitude. After they grew up together as foster brothers, asta and Yuno became sorcerers mighty enough to take down the formidable Licht, the most fearsome villain of the series. 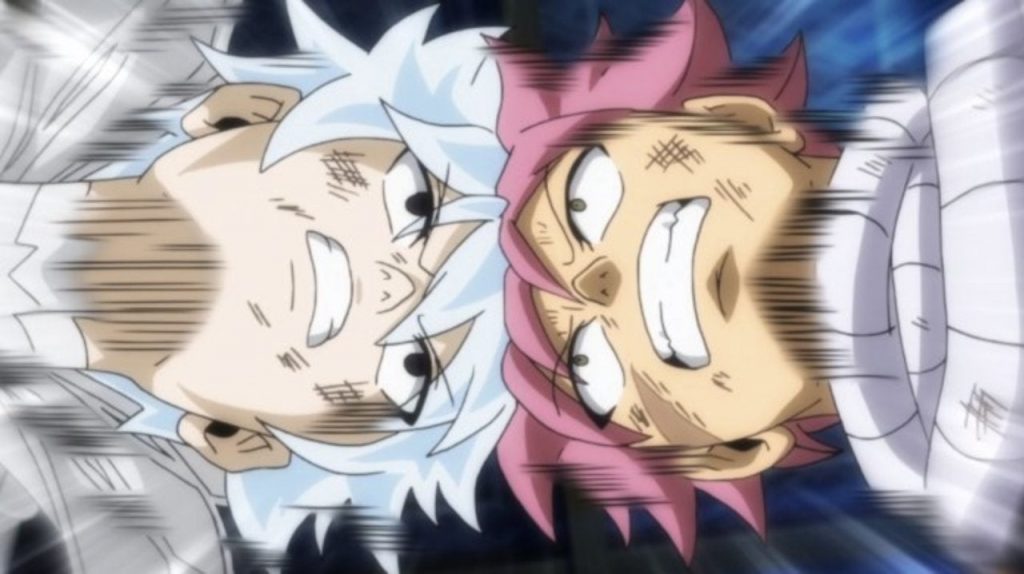 It was revealed only way later in the series that Natsu and Zeref were brothers. When Natsu was a child, he was attacked by dragons. The attack led to the death of Natsu as well as his parents. Only Zeref survived the massacre. Zeref kept looking for ways to revive his younger brother Natsu. He finally succeeded but was cursed for all eternity for defying the laws of nature. Matsu was resurrected as a mighty Etherious. Zeref is widely considered one of the strongest mages in existence while Natsu Dragneel is a force of nature by himself. 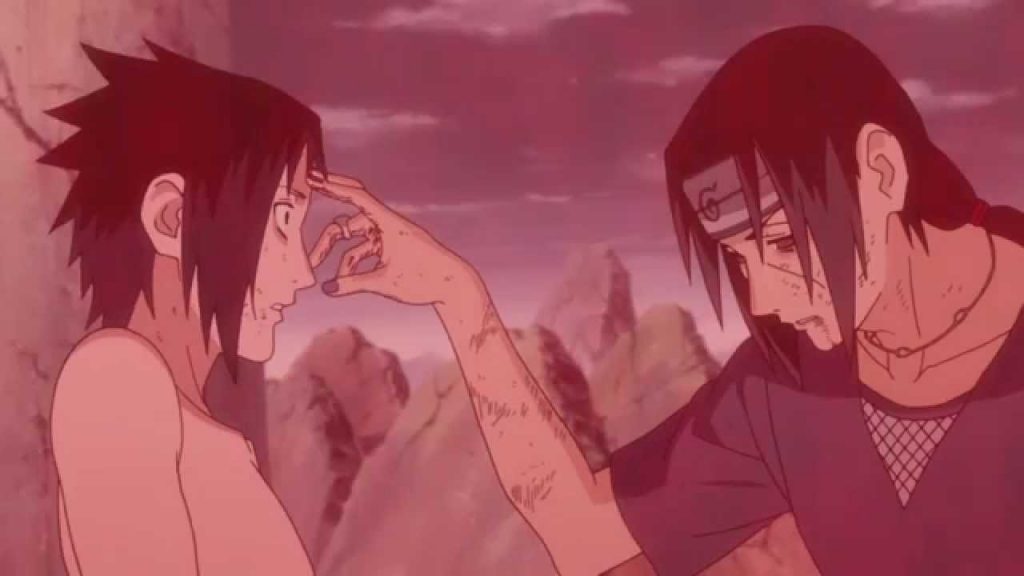 Both are prodigies. Blessed with the might Kekkei Genkai ability of the Sharingan, they are the last of their clan. Sasuke hated Itachi for massacring his clan but later one he discovers why Itachi did what he did. Itachi uchiha is the king of Genjutsu. His illusions are so powerful people mistake it for actual reality. Sasuke Uchiha was trained by Lord Orochimaru in the art of combat. He owns the Rinnegan and the Eternal Mangekyo Sharingan. When the duo join forces for the last and final time during the Fourth Shinobi World war, they made the might Kabuto bite the dust. 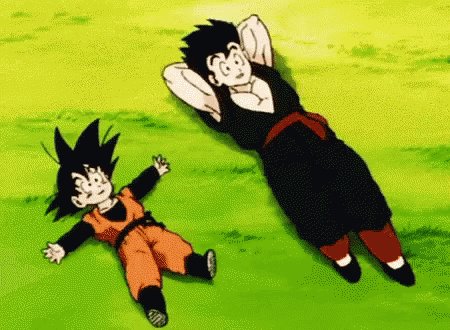 Goku is widely considered the strongest Anime protagonist. And his sons, Gohan and Goten have inherited his combat prowess. Gohan and Goten have nearly the wavelength of power and if given an option, could actually do the fusion dance. On their own, Gohan and Goten can access the Super Saiyan form. Goten has the potential to surpass his father. Gohan has mastered the Mystic form, which will supposedly unlock his greatest potential. Gohan and Goten are unstoppable as a duo if they join forces.