Fans were disappointed when Peyton Reed didn’t show much of Wasp in 2015’s Ant-Man where the character was shown in a cameo, highlighting how she got stuck inside the Quantum realm. However, the character is back for its proper introduction in Ant-Man and the Wasp.

Wasp was limited to just a cameo in the first movie’s final act but was loved by fans. This is probably because she’s not someone who’s in distress and needs to be rescued but she’s someone who promises the fans with a lot to offer in terms of power and more information about the microverse.

She comes back to the big screen revealing more about the mysterious microverse and we get to know that she has powers and abilities which Peyton would need to flesh out in the next movie.

Janet reveals that the Quatum reality changes a person in ways one can’t even imagine. Hank Pym uses the Quantum tunnel and a special pod to retrieve her back and she tells him that she had to adapt and evolve according to the realm, which defied all laws of space and time, so it wouldn’t come as a surprise if someone who has been stuck there for years comes out as a different person. 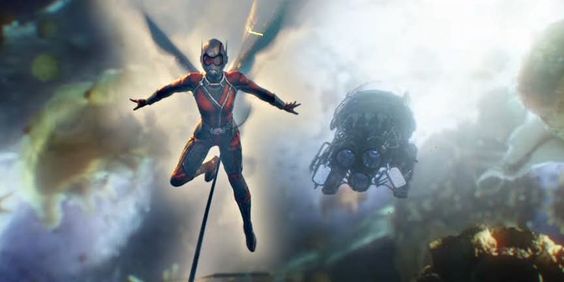 Hank deduced that she is a storage cell for quantum energy and that’s why Bill Foster and Ghost wanted to steal it. Her time inside the void reshape her body and mind. Meanwhile, the Ghost wanted to extract this energy out of her to stabilize her own body, which is fading away with every passing day while Hank and Hope simply wanted her to return home.

The concept of Janet (Wasp) as a storage house of energy has been explained in comics too where Skrulls once turned her into an energy cell, setting her off as a bio-bomb against Avengers. Reed brings her back on big screen and this is where her abilities of transferring her energy is revealed. She even transfers Quantum energy with just a touch of hands to Ghost, who was a young girl that S.H.I.E.L.D. exploited and turned into an assassin.

Wasp from the comics can even use her energy on a mental level. Pym finds her after she implements Scott’s mind with Quantum energy and sharing her consciousness with him. She makes him an antenna for her in the real world and makes him feel her presence. This happens just after Hank’s tunnel opens a path to the microverse.

After she is rescued, she functions as a Quantum telepath and senses Ghost’s pain when they meet. This might be because both of them share their energy from the micro-verse and this allows Wasp to save Ghost’s life by temporarily stabilizing her mind and body.

Prior to this, Janet sends Scott to search the microverse for healing particles so we’re not sure if her exposure to various particles would be shown in the film but either way, it’s certain that the MCU’s depiction of the character is different that the comics.