Aquaman is one of the oldest heroes in the DC universe and has been a butt of a lot of jokes over the years. He’s been often termed as “no one’s favorite hero” and all his superhuman abilities seem useless to the readers when compared to Superman or Batman’s.

This character has often tempted the reader to toss him aside and Aquaman became a superhero in an orange suit who could talk to fishes.

With Jason Momoa playing the role of Aquaman in DC, things are slowly changing for the character. The comic book version of Aquaman ain’t that cool as DCEU’s but he does possess an impressive set of skills. So today we will tell you about 6 powers that the mighty Aquatic possesses. 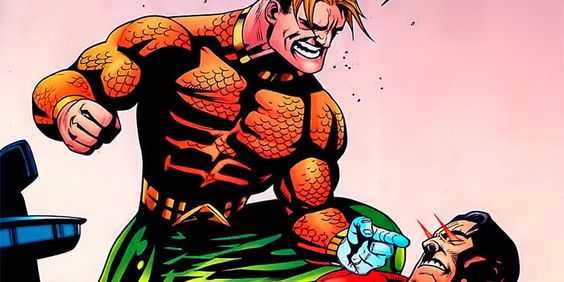 During the 2003 Aquaman series, Arthur uses his healing factor and saves his own attacker and rescues an old dying man.
He had the power to heal for a brief period of time as the eventual loss of his water hand results in the loss of his healing powers as well.
But only time will tell if this power would be used in the upcoming Aquaman movie. 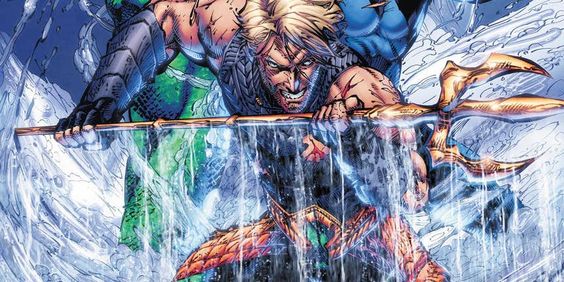 His Trident of Poseidon has a few hidden powers like teleporting it’s user across long stretches. It initially seems like the Trident only works on Earth but in Aquaman #44, we see him teleporting himself to another planet by accident.
We don’t get to see his teleporting powers often and in his Rebirth series, he’s seen back in action while jumping around. 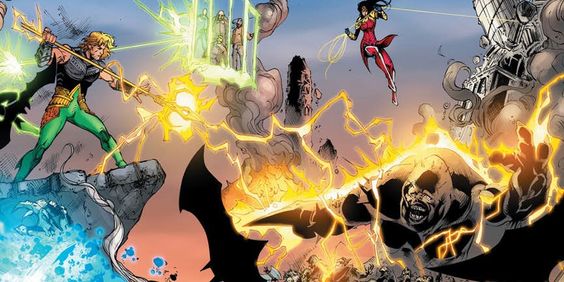 Aquaman isn’t Thor or Storm and he can’t affect the weather but he was once able to manipulate the weather by using the Trident Of Poseidon. He could then control wind, rain and lightning and he used this power to defeat his enemies on the surface.
It should be noted that he gained these powers at the time when he had a lot of enemies to face on land. His Lightning ability was really effective in bringing down enemies but this didn’t work after a while once he returned back to the water. 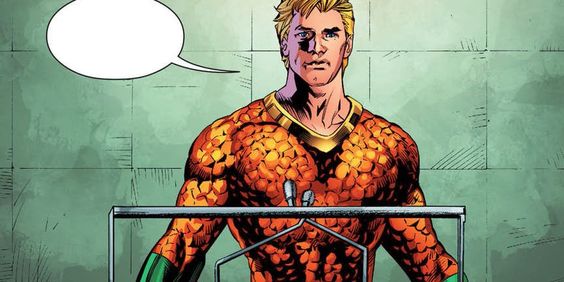 Diplomacy isn’t really a superpower so it comes down as a really ridiculous thing to include in the list but Aquaman’s image as an Atlantean diplomat has coloured every aspect of the modern character.
Atlantis was distant from the shore for a long time which meant that Aquaman only had to deal with his own people. However, in the Rebirth series, its upon Arthur to create any ties between the land nations and the underwater city. So yes, his ability to lead his people and land makes him a unique hero in DC. 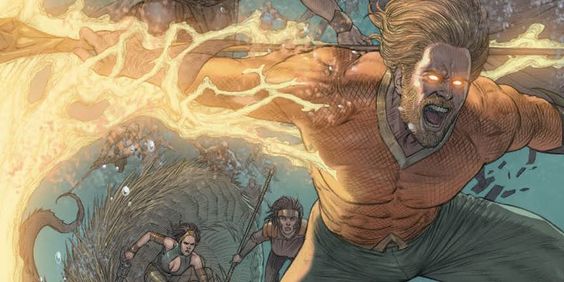 Atlantis has been a magical land since its creation and is still connected to mystical powers.
Arthur is Atlantean by blood and his royal history brings him closer to Atlantean magic. God personally gave him Poseidon’s Trident and Lady Of The Lake granted him the water hand. He’s not a trained magician like Zatanna but he has a somewhat unconscious affinity for it. 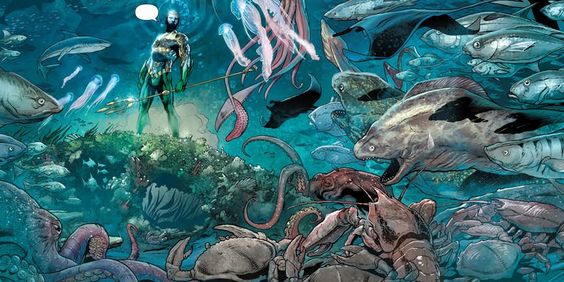 Aquaman isn’t the most powerful telepath as he only has the ability to physically communicate with aquatic animals. He doesn’t talk to fishes rather he implants suggestions which they tend to heed.
He doesn’t have to use it necessarily as he has a full range of telepathic abilities though his powers work the best when he deals with aquatic life.
Tags •Aquaman