It looks like Amber Heard is pretty much ready to play Mera again in the Aquaman franchise. Heard recently posted a video on her Instagram where she is performing combat training for Aquaman and the Lost Kingdom. 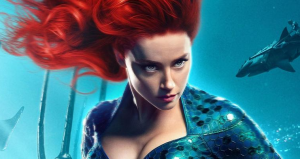 Amber Heard is more than ready to reprise her role as Mera in Aquaman and the Lost Kingdom. She teased the fanbase with a combat training video by posting it on Instagram. Amber will return with the exact same role that she played in Aquaman, Mera. She will be starred in Aquaman and the Lost Kingdom opposite to Jason Momoa, who is the titular hero. She is currently shooting in London and this new Instagram video provides a sneak peak into her training regimen.

Check out the Instagram video by Amber Heard here. 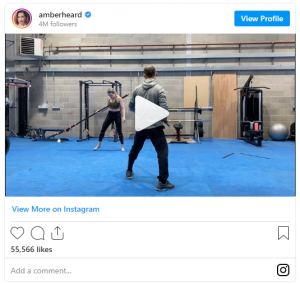 In the video, Mera (Amber Heard) is practicing with a staff to land multiple shots that have been trained to her, dis-harming anyone at the end. Post the practice; she celebrates her moves with a “non-traditional martial arts victory dance.” The video clearly depicts what fans are going to get from Heard’s role, Mera, in Aquaman and the Lost Kingdom.

This is what producer Peter Safran said about Aquaman and the Lost Kingdom: 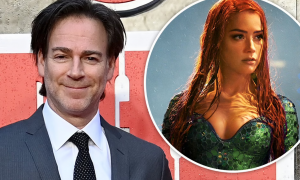 “I don’t think we’re ever going to react to, honestly, pure fan pressure. You gotta do what’s best for the movie. We felt that if it’s James Wan and Jason Momoa, it should be Amber Heard. That’s really what it was… One is not unaware of what is going on in the Twitter verse, but that doesn’t mean you have to react to it or take it as gospel or accede to their wishes. You have to do what’s right for the film, and that’s really where we landed on it.”

Aquaman and the Lost Kingdom is going to be directed by James Wan with David Leslie Johnson-McGoldrick’s screenplay. The titular superhero, Jason Momoa has also made a significant contribution to the film’s script. Apart from Heard and Momoa, Aquaman and the Lost Kingdom will also include Dolph Lundgren, Yahya Abdul Mateen II, Patrick Wilson, and Temuera Morrison. There is no clue on the plot of the movie has been revealed other than the fact that a few characters from the original Aquaman will remain the same.

Aquaman was a big hit for Warner Bros. in 2018. It collected somewhere around $1.148 billion at the box office. With that said, Aquaman and the Lost Kingdom is expected to hit theaters on 16 December 2022.