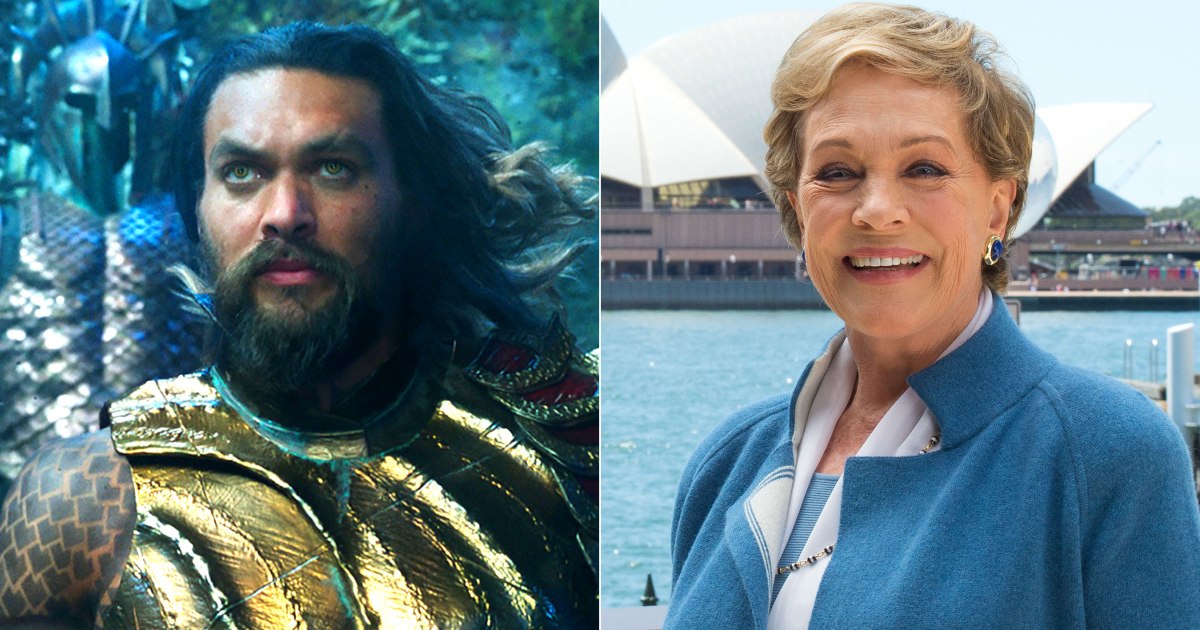 The superhero fandom was surprised to find out that Julie Andrews has a cameo in Aquaman and it seems like her role will be pretty significant.

Aquaman, directed by James Wan tweeted to confirm Andrews’ role in a particular way. He wrote that Andrews will be voicing Karathen, the most powerful creature on Earth.

The most powerful creature on Earth is a dame. https://t.co/7K3K32i0nv

While this tease seems relatively vague, it does provide some interesting backstory for Karathen who is a giant undersea creature that holds the key to unite the surface world with Atlantis. The film seemingly isn’t shying away from showing more terrifying creatures lurking in the sea.

“I didn’t set out to make a horror movie,” Wan previously told reporters during a visit to the film’s set. “That’s not what this is about. It just so happens that you’re dealing in a world that is beautiful, magical, but at the same time, you know, scary as well. People are terrified of the ocean because they don’t know what’s down there. There are all these creatures that live down in the ocean that is dangerous to humans.”

Andrews’ involvement in the film surprised many fans although it sounds like the casting happened pretty easily.

“We wanted the Karathen to have the voice of a classic British actress, albeit somewhat digitally altered,” Aquaman producer Peter Safran explained when Andrews’ casting was announced. “And when we found out Julie was interested and available and excited to do it, casting her was a no-brainer.”

There’s also a bit of irony to her cameo as Aquaman will premiere just days before Mary Poppins Returns, which is a sequel to her iconic role. Andrews declined the role, so as not to distract Emily Blunt’s performance as the lead character, but it seems like her appearance in Aquaman is a bit of coincidence.

“Who knew that Aquaman would have the real Mary Poppins this Christmas?” Safran joked.