Home
Comics
An Aftermath To The Headline-Making 2009 “Archie :The Married Life” Story line, Launches This August. 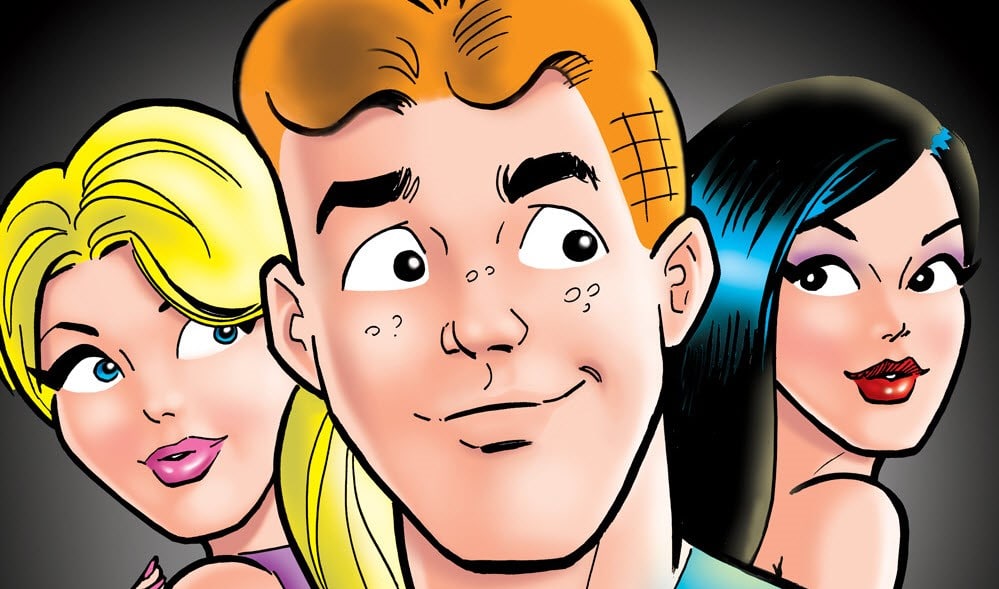 When you say ‘comic book’ in America, people think of Mickey Mouse, and Archie. It has a connotation of juvenile. 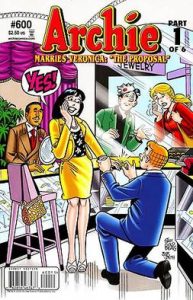 10 years later, a landmark moment in Archie Comics history is being revisited! Archie: The Married Life 10th Anniversary, a sequel to the headline-making 2009 “Archie Wedding” storyline, launches this August.

The original storyline written by Michael Uslan answered Riverdale’s longest-running question: will Archie Andrews marry Betty or Veronica? Fans were treated to two alternate worlds that explored each possibility and Uslan’s sequel picks up both stories ten years later in a new six issue mini-series so readers can see how much life has changed for Archie, his family, and the rest of Riverdale.

Also Read: HOTEL TRANSYLVANIA-4 ALL GEARED UP FOR A MERRY RELEASE IN 2021

Archie Comics will soon launch a contest on Twitter that will allow fans to vote on the names of Archie’s children in this story. 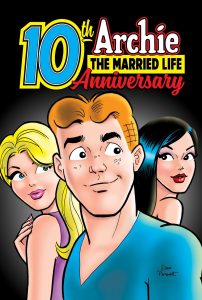 Also Read: ‘X-Men: Dark Phoenix’ Trailer May Have Given A Fun Nod To MCU

Archie: The Married Life 10th Anniversary will be a six issue mini-series from original writer Michael Uslan and artist Dan Parent (alongside inker J. Bone, colorist Glenn Whitmore, and letterer Jack Morelli) that looks into the two marriages and the families involved, tracking how they’ve evolved and how they’ve helped shape the changing Riverdale.

“I love drawing the characters a little older, but in the classic style too,” said Parent in a statement. “It’s a little different than what I’m used to, which is awesome, because it’s nice to work with what’s familiar to me, while tweaking the style to keep it fresh and interesting.”

Let’s go 10 years back to the Archie -Wedding! 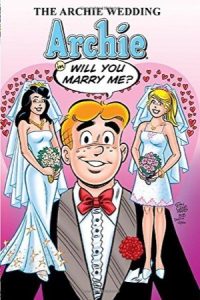 Life with Archie: The Married Life was based on the Archie Andrews Marries Veronica/Archie Marries Betty storyline, but was not a direct continuation on it. The series lasted from 2010 to 2014, ending with 37 issues. Issues 1-35 contained two stories each, the first story was Archie Marries Veronica and the second one was Archie Marries Betty. The last two issues, on the other hand, were structured differently. Instead of having two stories both issues had one, but were twice as long as the others. Also, neither issue made it clear whether Archie was married to Betty or Veronica. Together both issues make up The Death of Archie storyline.

The original story answered Riverdale’s longest-running question: will Archie marry Betty or Veronica? Fans were treated to two alternate worlds that explored each possibility and the sequel picks up both stories ten years later so readers can see how much life has changed for Archie, his family, and the rest of Riverdale.

“Now is the right time for new stories taking a look at where the former newlyweds, Archie & Veronica, and Archie & Betty, have wound up ten years later,” said Uslan. “We’ll see how they’re struggling with, among many current and relevant things, a widening generation gap with their own children and much more.”

Here’s a sneak peek at some interior artwork from Dan Parent and J. Bone… 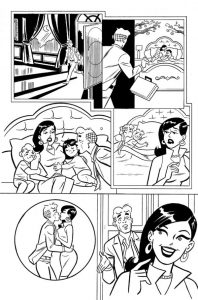 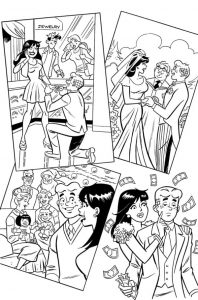 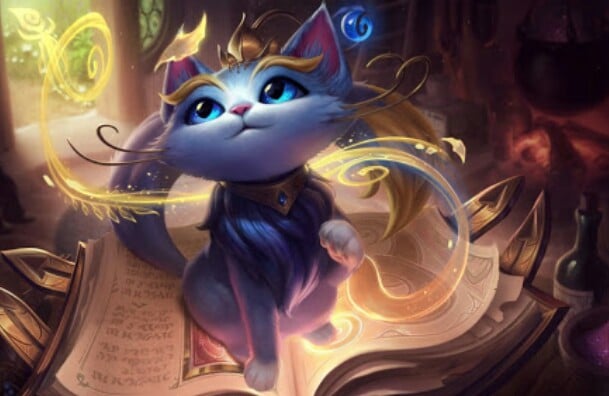