Katy Perry is in the spotlight recently and has received quite a lot of criticism. The California Gurls singer is being targeted by the ‘cancel squad’ since the release of Netflix’s new crime series. The series, DAHMER – Monster: The Jeffrey Dahmer Story is based on true incidents and details the murders committed by Jeffrey Dahmer. Since the release of the show, users on the internet have claimed that Katy Perry allegedly romanticized the serial killer.

This month saw the debut of the new true crime drama DAHMER – Monster: The Jeffrey Dahmer Story on Netflix. Jeffrey Dahmer was also referred to as the Milwaukee Cannibal and killed 17 men and boys between 1978 and 1991. The Netflix drama details the horrible techniques that the serial killer employed during the murders. His sickening acts included cannibalism, necrophilia, and dismemberment.

Since its release, the 10-part series rose swiftly to the top 10 most-watched series on Netflix. The day after the Netflix series premiered, ‘Dahmer’ also ranked among the top searched terms in the United States. However, many viewers are debating whether it glorifies the killings. Even some of the families of the real-life victims have taken to Twitter to voice their concerns.

Also Read: ‘I’m Not Going Back Out There’: Katy Perry Got So Freaked Out By Ex Husband Russell Brand’s Lookalike, She ‘Freaked Out and Ran Away’

A song by Katy Perry, which was released almost ten years ago, is once again making news due to the popularity of the Netflix series DAHMER. The year 2013 saw the debut of Katy Perry’s song Dark Horse which is being subjected to criticism recently. The song included rapper Juicy J. making reference to serial killer Jeffrey Dahmer in one of his lines. “She’s a beast/ I call her Karma/ She eats your heart like Jeffrey Dahmer” sings Juicy J in the song Dark Horse.

Also Read: ‘Are You Really THAT Obnoxious?’: Netizens Attack Katy Perry After She Throws Pizza to Crowd, Calls it ‘Mother Feeding Her Children’

Katy Perry received criticism and people are trying to cancel her

The lyrics of the American singer’s song Dark Horse are recently causing controversy on social media. Fans have expressed compassion for the families of the victims and claimed that Juicy J was insane for forcing young children to chant Jeffrey Dahmer’s name. The singer of Harleys In Hawaii is also being blamed for allowing it in the song.

i just think it’s insane that they let Juicy J say “she eat ur heart out like Jeffery Dahmer” in Dark Horse x Katy Perry like ??????!!!

Since Jeffrey Dahmer is trending right now, can talk about how weird Juicy J’s line in Katy Perry’s “Dark Horse” is… pic.twitter.com/jmKLcJBEbu

People are now criticizing the artist for being insensitive and disrespectful, and the song’s lyrics are being questioned. The ‘cancel squad’ has also started targeting Katy Perry and she is receiving quite a lot of backlash. However, some fans have backed the singer and claimed that it is really immature to target someone over a decade old song.

Also Read: ‘I Was On My Knees’: Katy Perry Wins The Internet For Generously Tipping Embarrassed Waitress After She Failed To Recognise Her 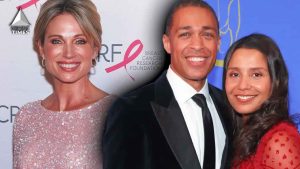 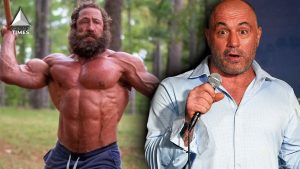