Recently, Brandon Routh, better known as Ray Palmer, has bid farewell to Arrowverse. If it were for the better or worse, only time would tell. But this definitely is the perfect opportunity to introduce Blue Beetle – Ted Kord. 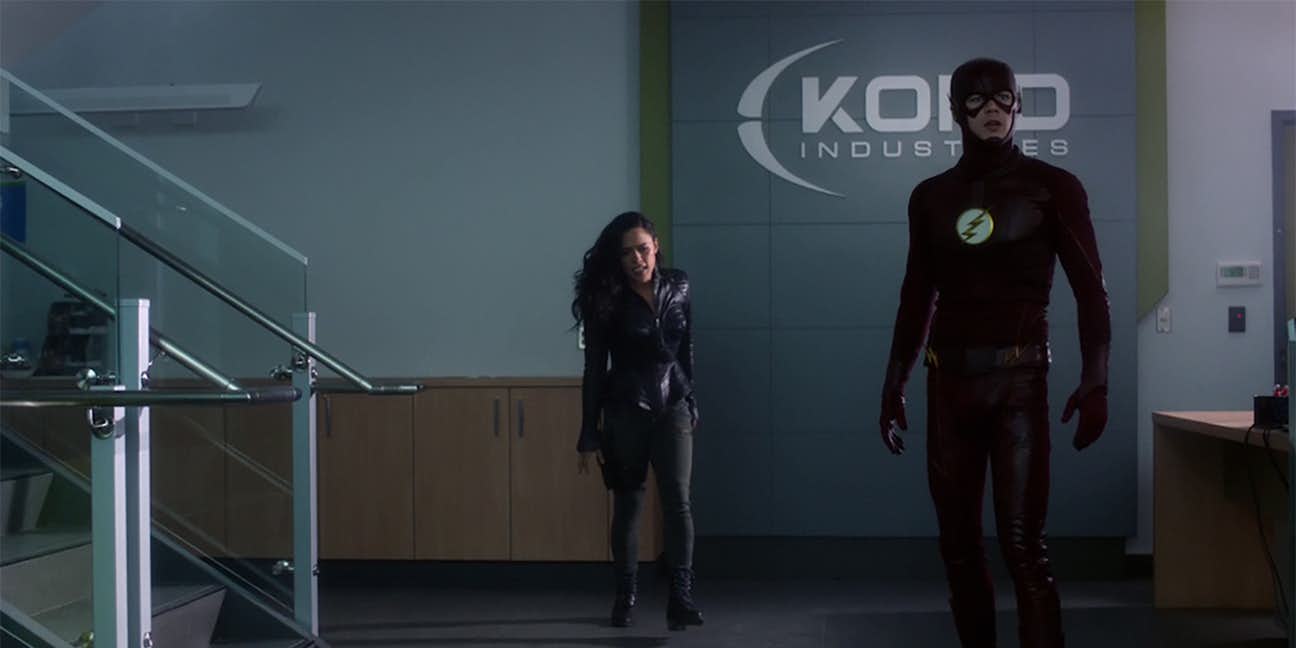 After Routh departed from both Legends of Tomorrow and Arrowverse, both came as a surprise to everyone. Arrowverse has lost a charming hero. But the silver lining is that his exit has provided a window to a much-anticipated character – Blue Beetle. In fact, Arrowverse has hinted at Kord Industries for years now.

In season one, Kord and his fundraiser were mentioned during a flashback. Indeed, it was revealed in Arrow Comic-Con Panel 2014 that Routh was supposed to play Ted Kord initially. But allegedly, DC had “other plans” for the character.

After this initial reference, Kord was mentioned again recently – on The Flash. Season 6 Episode 3 “Dead Men Running” – Barry Allen asks Bloodwork how he obtained the dark matter. And Bloodwork lies and says he received it from an “old friend” – Ted Kord. These are minute references. But they prove that Arrowverse may be looking for the perfect opportunity to introduce Blue Beetle. 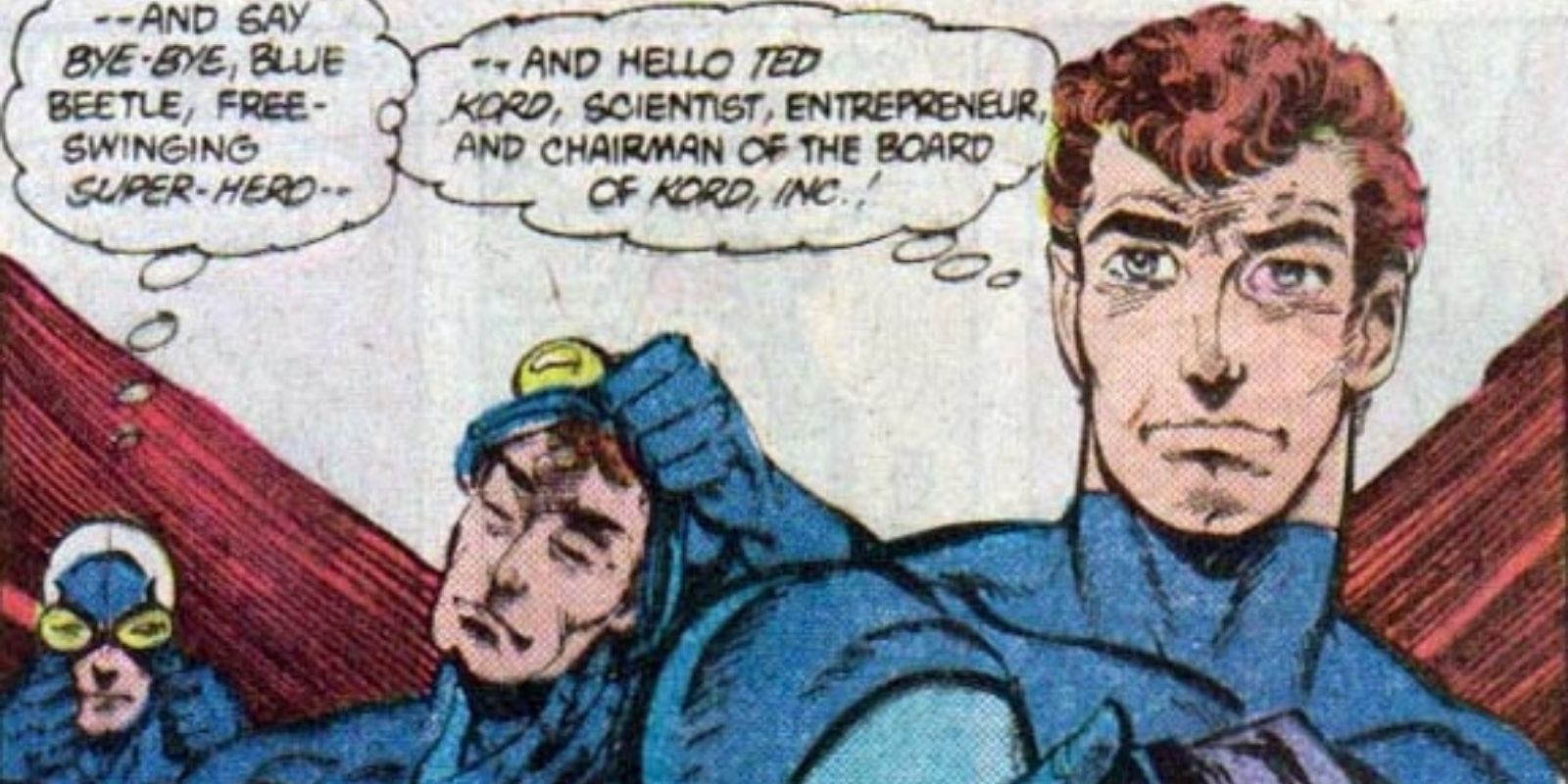 According to the comics, Ted Kord is the second incarnation of a superhero called Blue Beetle. However, he doesn’t boast powers of his predecessor (Dan Garret) granted to him by an ancient scarab. Instead, Kord is a genius inventor (with 192 IQ, second only to J’onn J’onzz) and a billionaire. He operates a successful R&D company Kord Omniversal that rivals S.T.A.R. Labs. In the comic-book world, he is well known for his partnership with the Booster Gold.

When Dan Garret, Ted’s archaeology teacher, is fatally wounded, he asks Ted to uphold the Beetle legacy. Indeed, Ted agrees but can’t get the scarab to work for him as it did for Garret. Hence, he builds his own technology to fight crime. Ted as the Blue Beetle possesses multiple advanced and lethal gadgets. To name a few – “Bug,” an aerial vehicle, “Baby Bug,” a flying drone, and “Beetle Gun,” that fires air blasts. In addition to this, Ted is a great hacker too. And he is also skilled in martial arts, acrobatics, and hand-in-hand combat.

Clearly, Ted/Blue Beetle’s skill set is the reason why he is the perfect replacement for the Atom or Ray Palmer. They both have an origin story that relies purely on their aptitude for science and technology.

Now, How Can Ted Fit Into The Arrowverse Storyline? 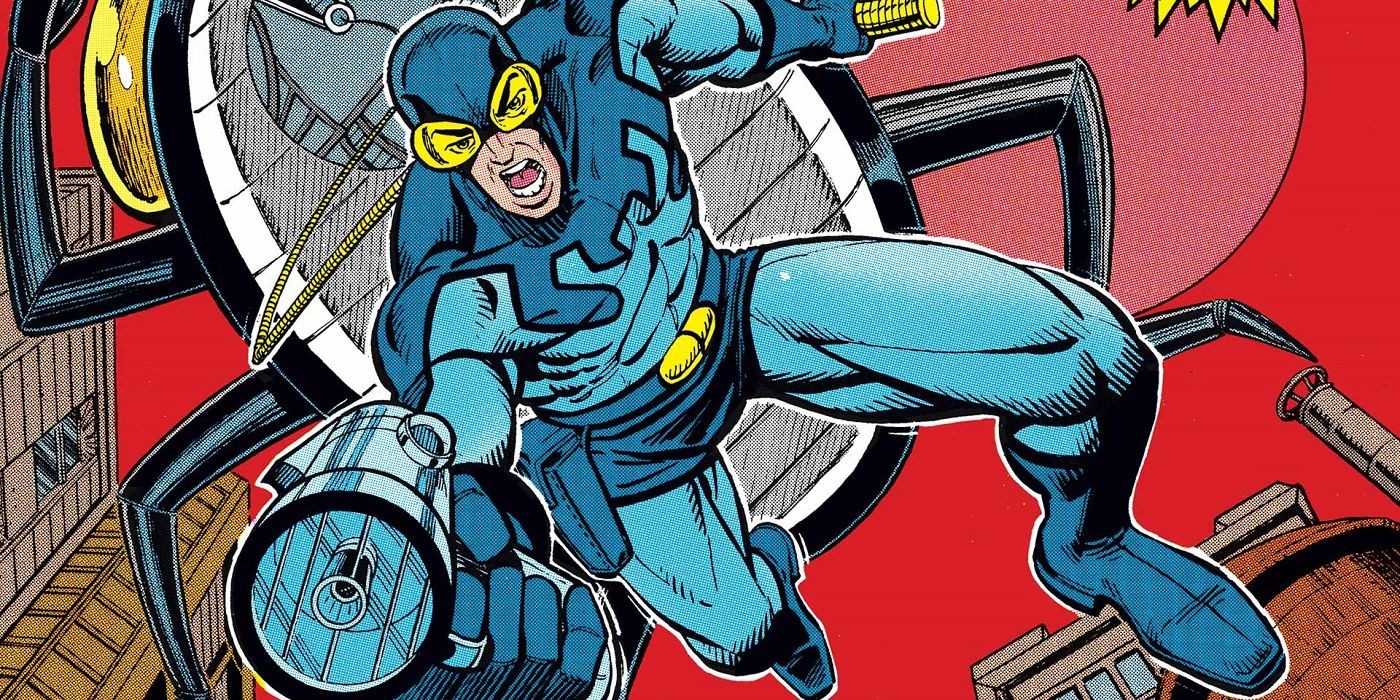 Earlier, Ted Kord’s character may have seemed too similar to the incarnation of Ray Palmer or Atom. But Ray is gone now. Hence, this is the perfect time for Blue Beetle to fill the dynamic.

While Dr. Ryan Choi is completely replacing Ray Palmer, he is nowhere near the billionaire-Ray/Atom charm. And neither does he comply with Ray’s levity and altruism. But these sure are the shoes Ted Kord can perfectly fill in! In him, we have a charismatic billionaire who builds their own super-suits and lightens the tone of the show with his presence. Undoubtedly, now is the perfect opportunity to introduce Blue Beetle to Arrowverse.