Have you ever thought what superheroes do when not trying to save the world? Do they just pop open a cold one, switch on the Television, and watch the game? Or do they still stick to their superhero routines and just never go out of character? Superheroes must also have struggles like every common man. Getting late for work or losing their keys – all of this must also ail them at one point of time or the other.

A Brazilian comic book artist Lucas Nascimento has gained widespread fame and acclaim by trying to illustrate superheroes’ daily struggles with his comic book art. Better known by his online handle name dragonarte, he has amassed more than 170,000 followers in a short time. And that is because he is just so creative when it comes to coming up with crazy situations like these.  Dragonarte truly is a genius. See his work for yourself and you will know what we mean. 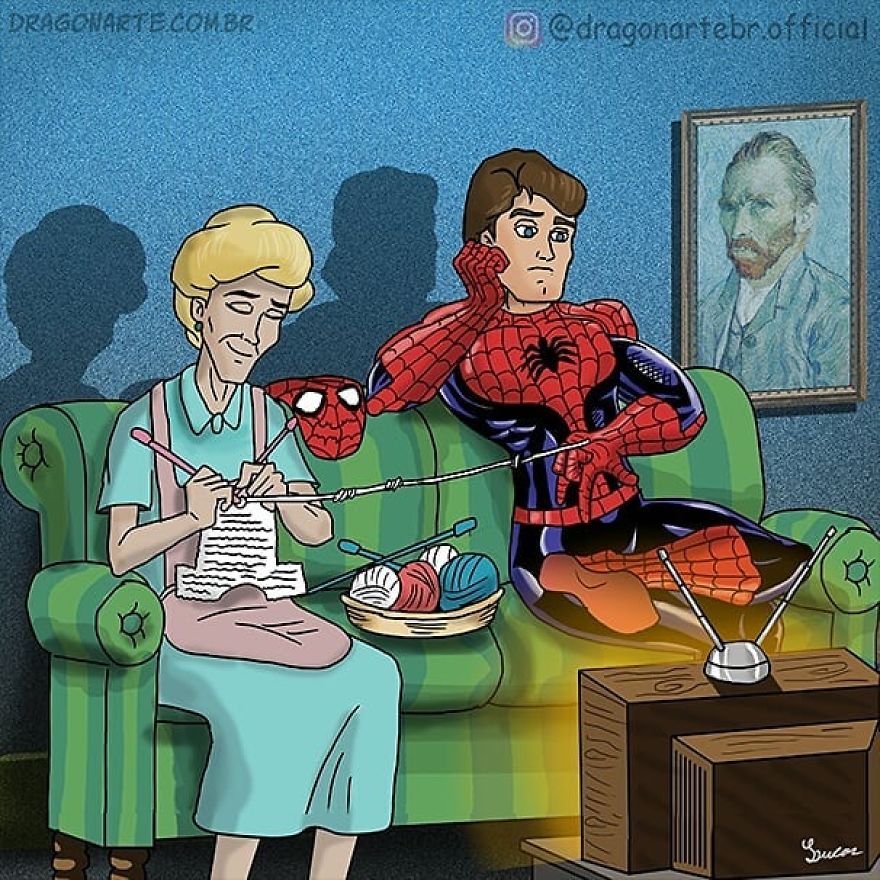 Who knew Aunt May could make such amazingly well-knit apparels? And they are natural!! 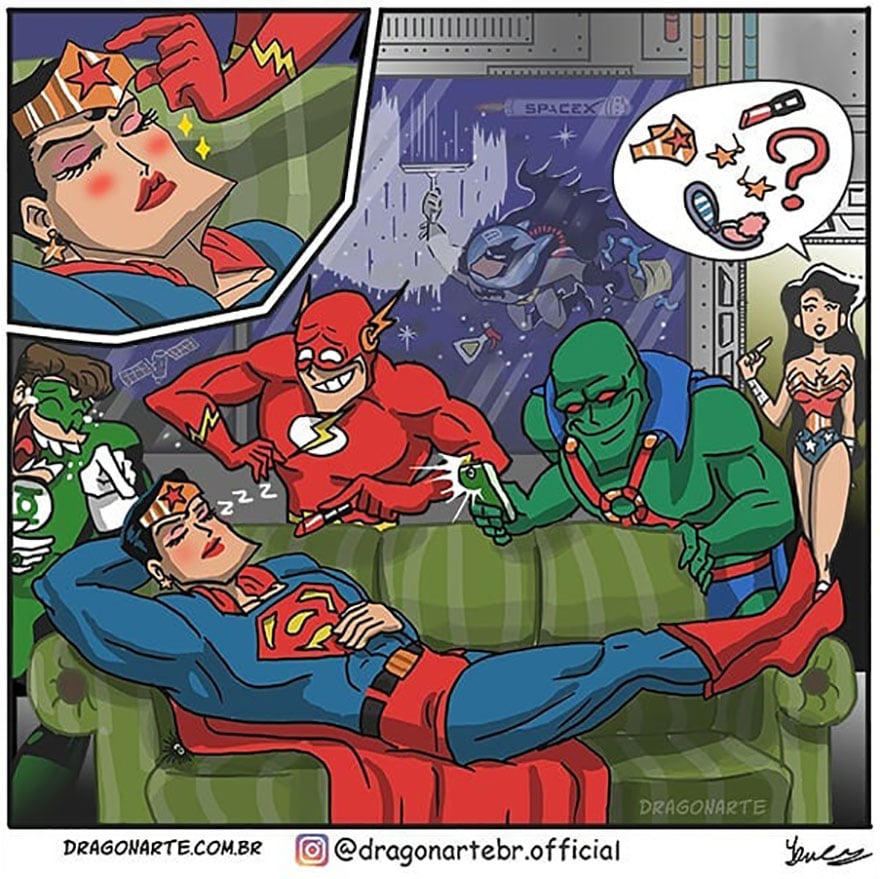 Superman is going to wake up to one hell of a surprise. The last time he did that in the DCEU, we all know how amazingly it went. 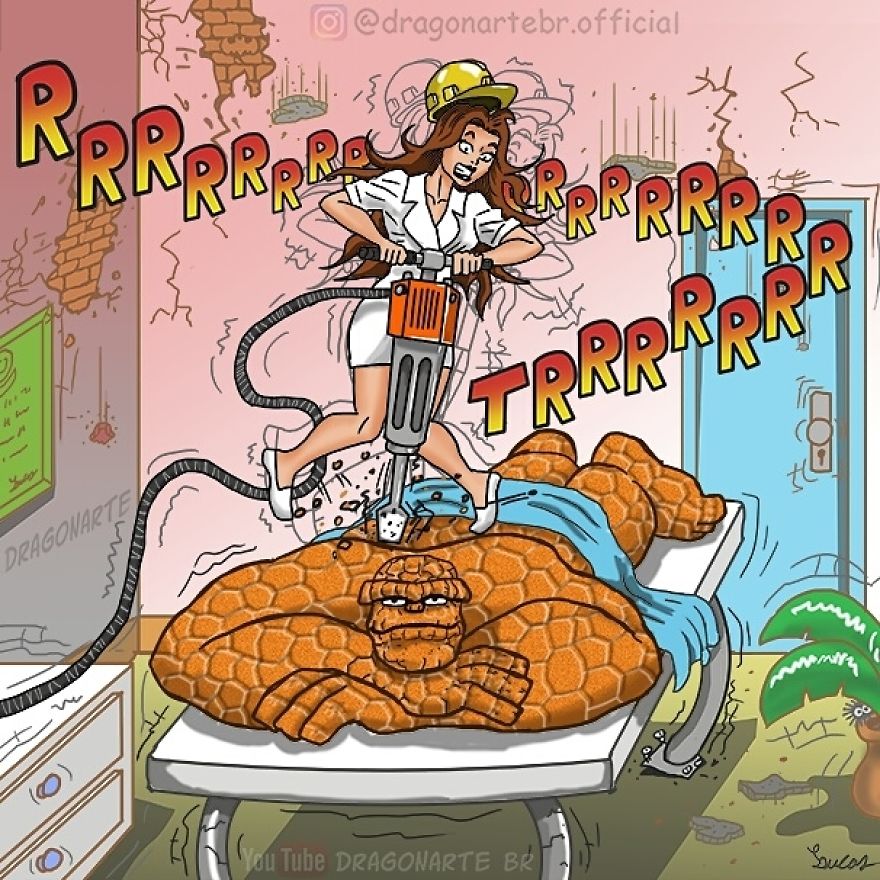 Nothing but the best of service for Fantastic Four’s the Thing. What is the nurse looking for? A kidney stone!! Get it?!? 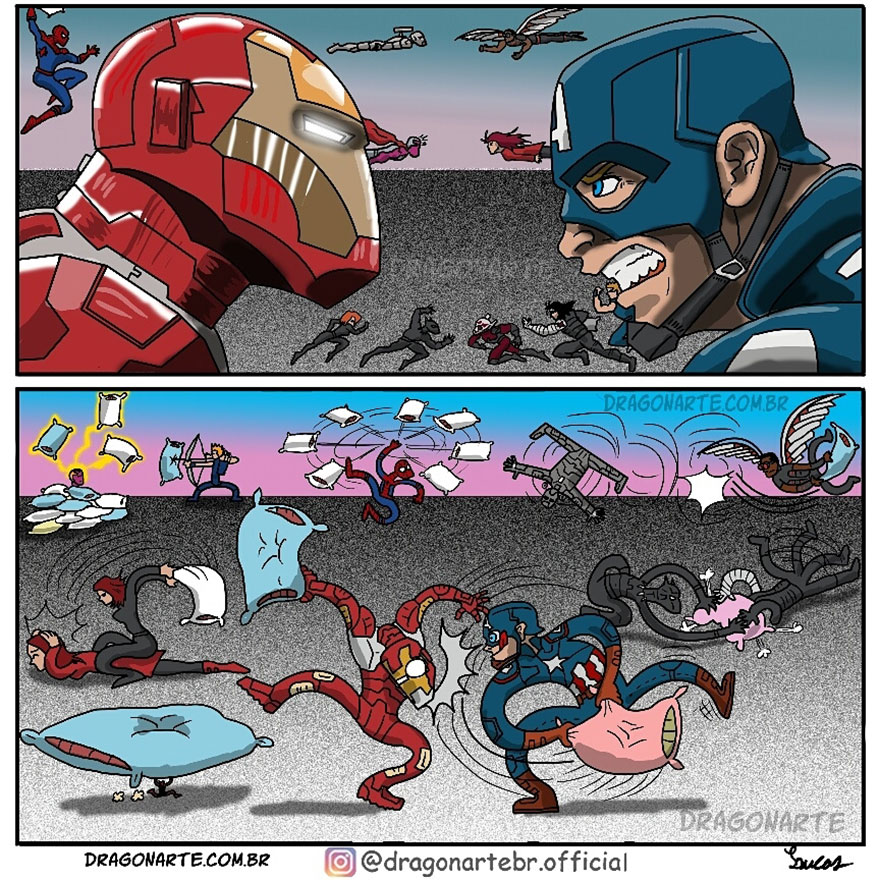 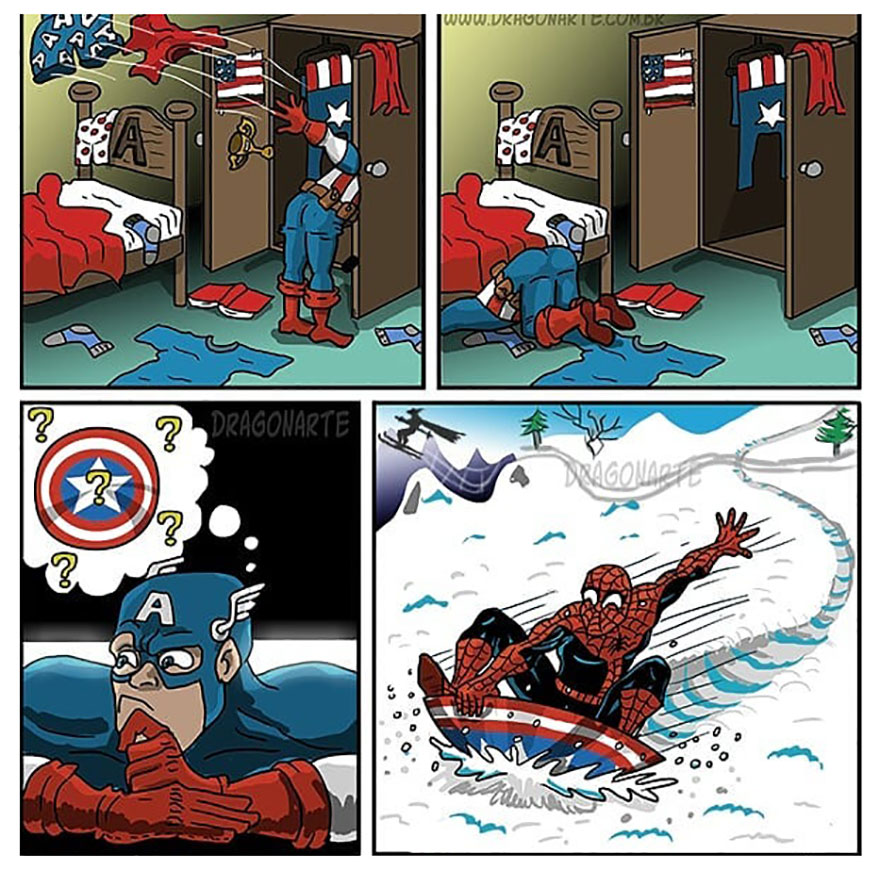 Peter really wanted the Shield. But it’s not for crime fighting. He was just looking to have some fun. Watch as he goes – WHEEEEEEEEEE……. 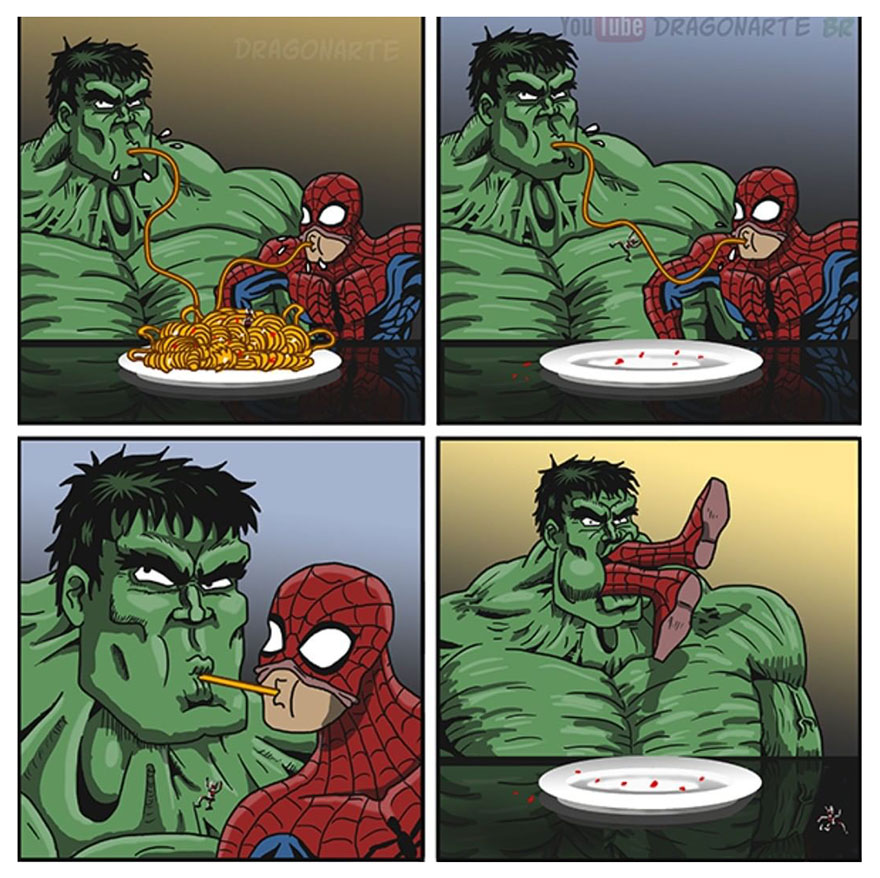 Bet you did not see that coming. How’s the view Spider-Man? See your entire life flashing before your eyes??? 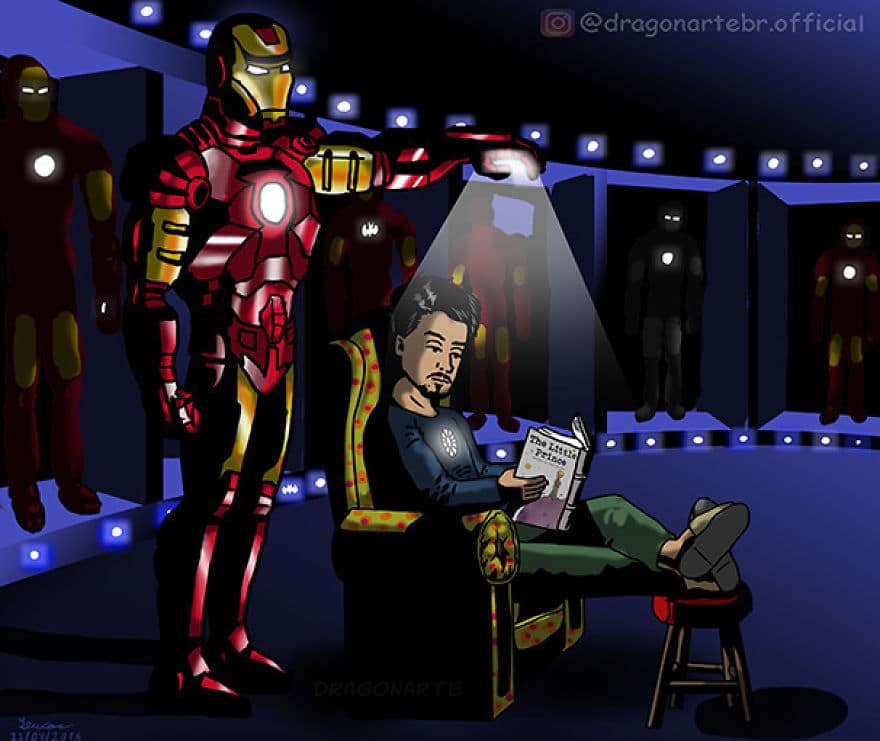 Making the best of what he has. That’s Tony Stark for you. That’s a hell of a feature to have in the Iron Man suit. The Marvel Cinematic Universe must take note. 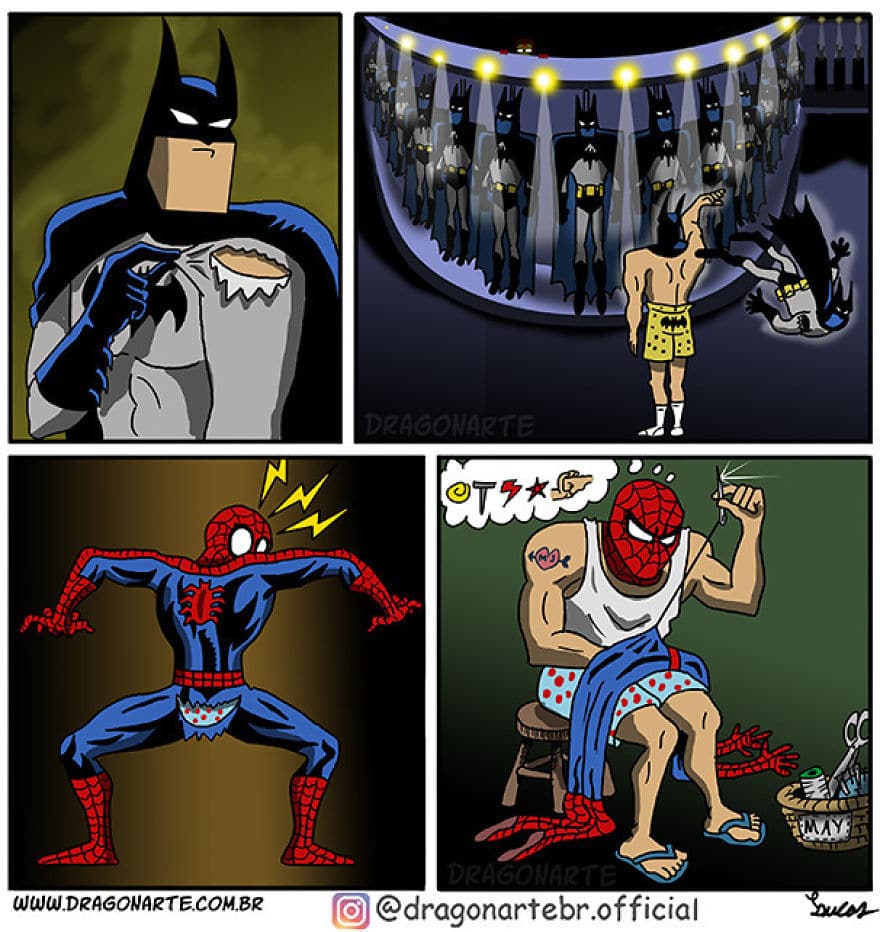 Poor Peter Parker. He has to sew his suit every time someone rips it. Considering he is a Spider, he must have some Godlike weaving skills. If only he had a little more money. 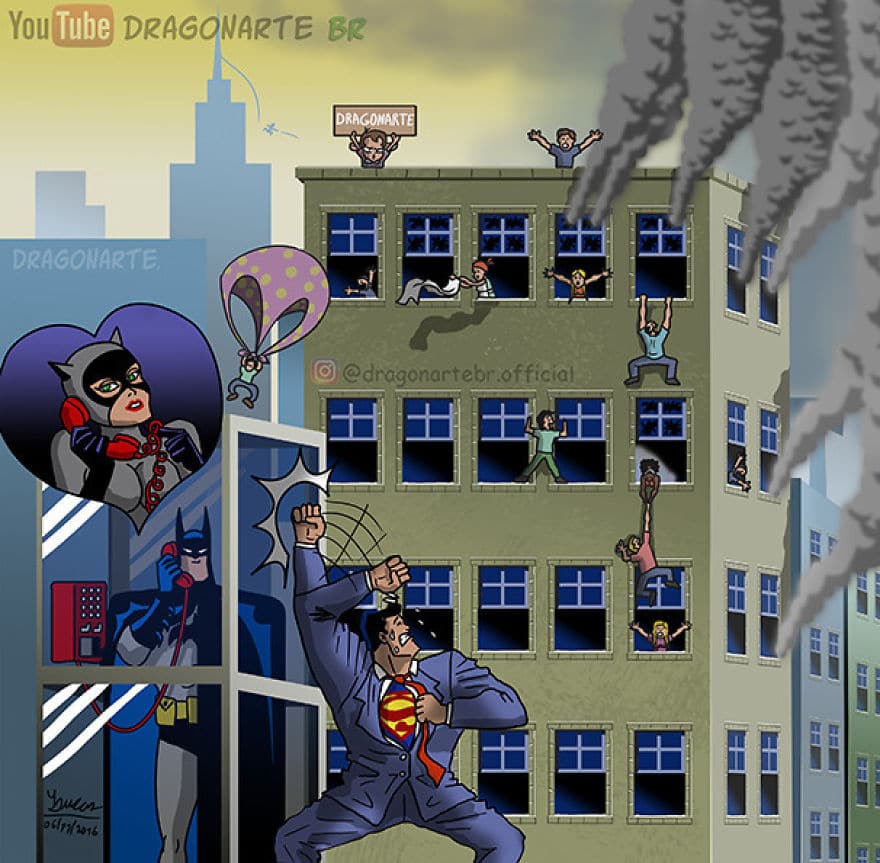 Get out you moron. You can do that later. There are people to save for crying out loud. Catwoman!! HANG UP THE PHONE!! Your boyfriend’s a psychopath. 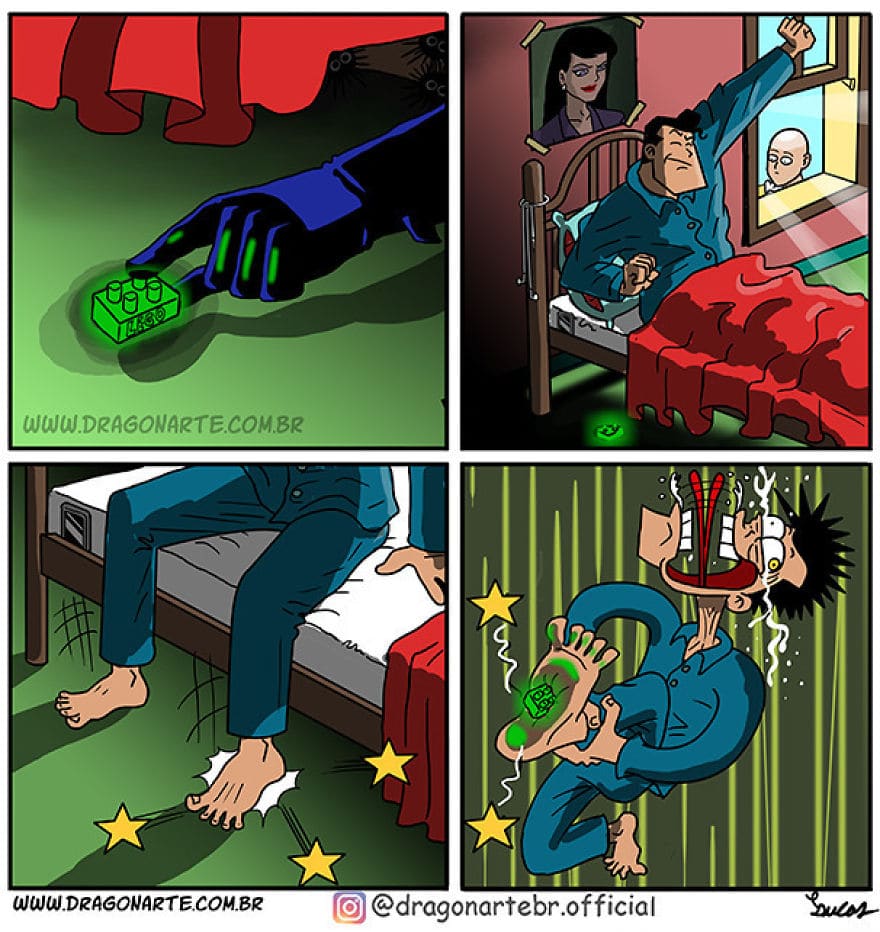 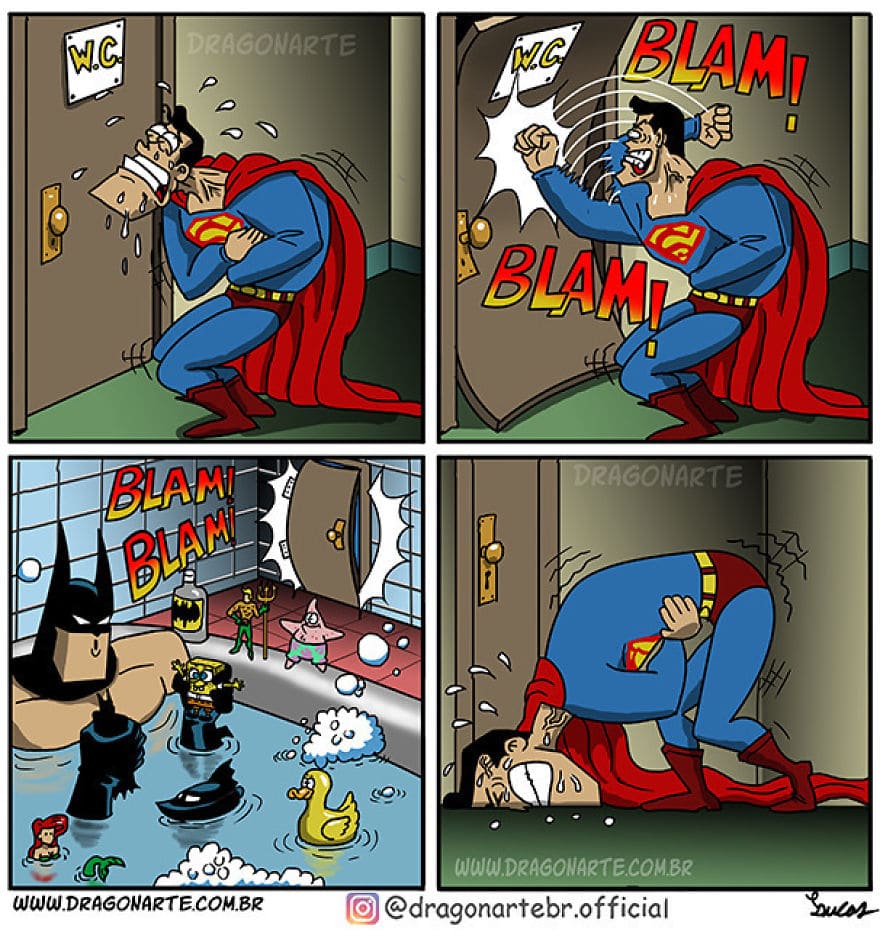 Look at my million dollar rubber duckies Clark. Aren’t they cute?? Stop being such a baby Clark. You have pushed an entire solar system out of harm’s way. You have the strength to keep it in for a few more hours. 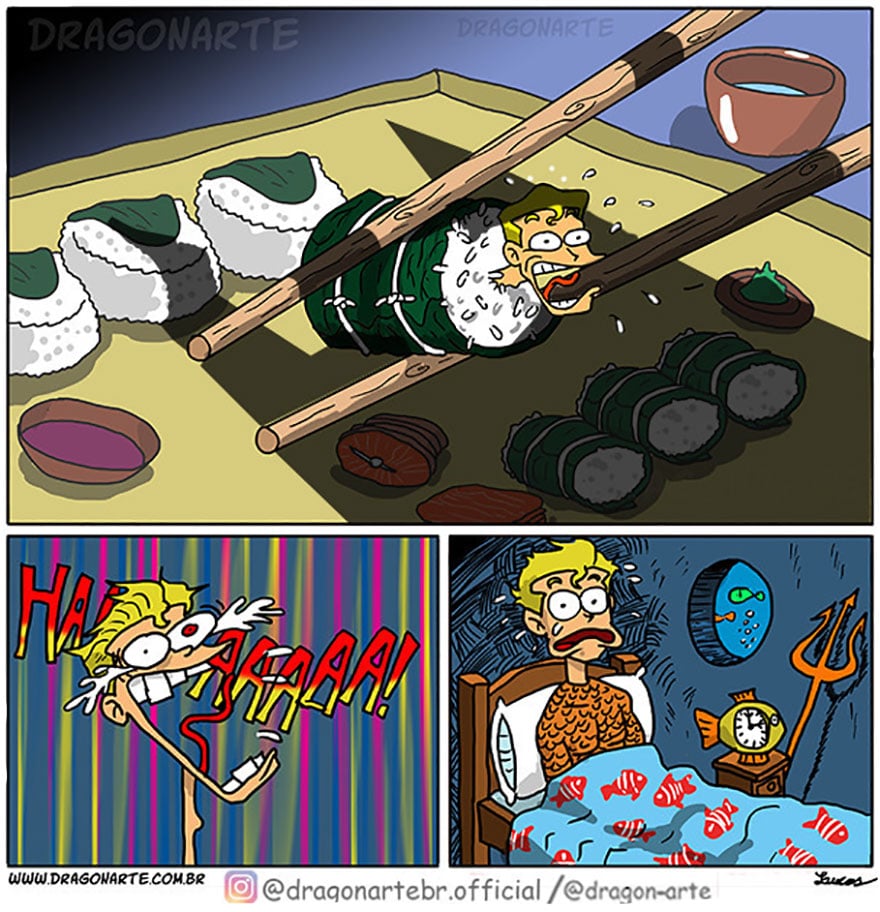 Every time we visit a seafood restaurant, Aquaman relives the same nightmare over and over again.  That’s a terrible dream to have. We feel for you Arthur Curry. We love seafood though. Not gonna stop eating that. 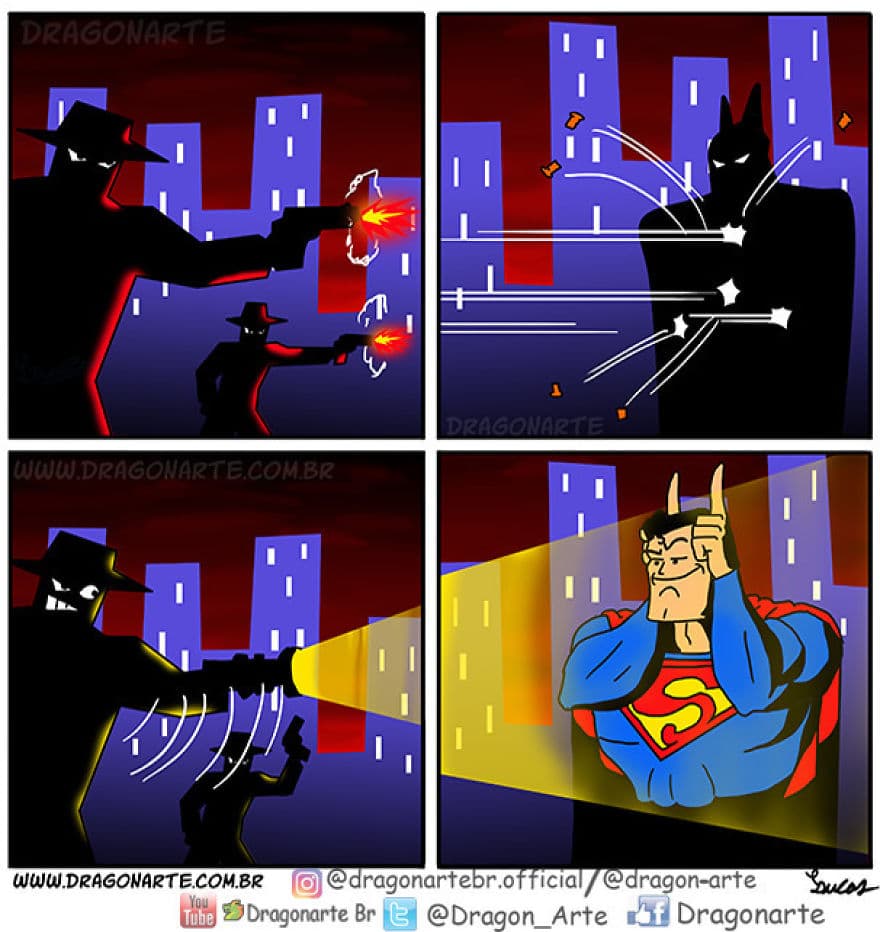 What an old but classic illustration. Superman really does have an infant child side he never lets out in the public. What if he did? Will Gotham go crime free? Just look at him go.