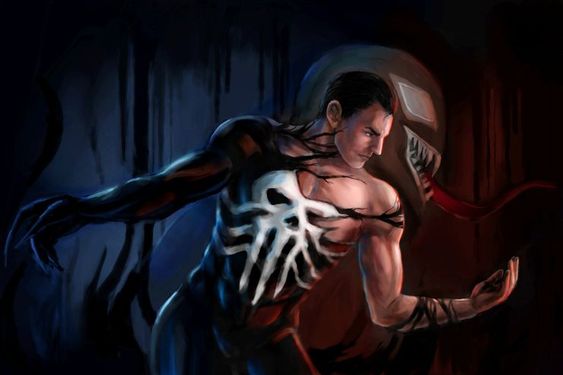 inspired by the 1992 what if? comic, this piece has a lot of attention to detail. Taking cues from the classic comic, artist omniknightbedwyr adds elements of avant-garde paintings and classic horror into his piece.  The symbiote also looks red from an angle. We wonder… 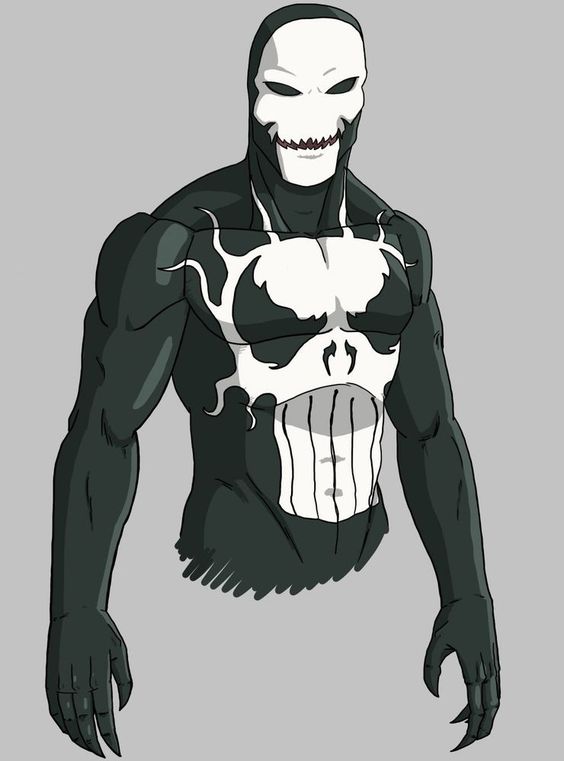 Artist stark-liverbird created this fascinating mash-up that oddly looks like the Captain America villain, Crossbones. Apparently, the artist was unsure of the 1992 issue which saw Punisher bond with the Venom symbiote.

Bring On The Bad Guys 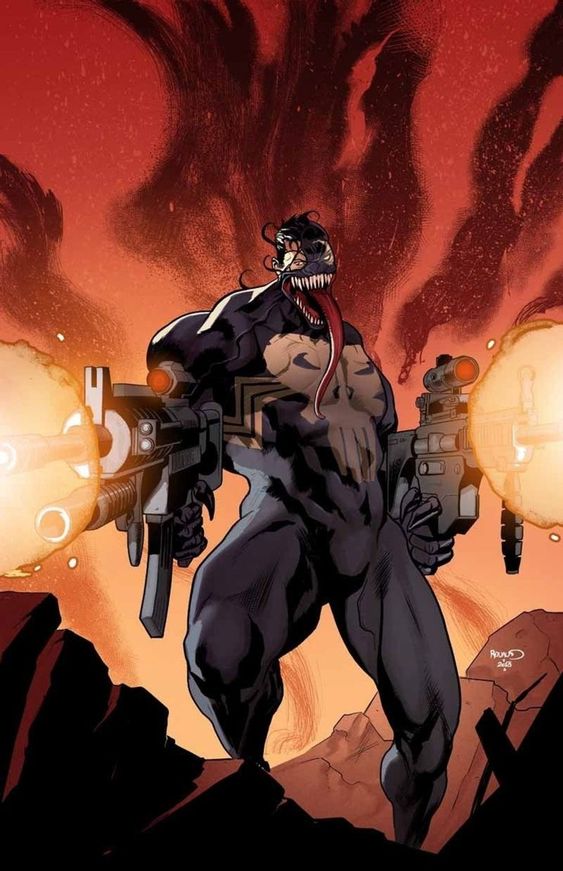 This all-guns-blazing piece by Paul Renaud was in commemoration of the Venom #1 variant cover that lauched in 2018. This piece captures both character’ appetite for destruction and thirst for revenge. 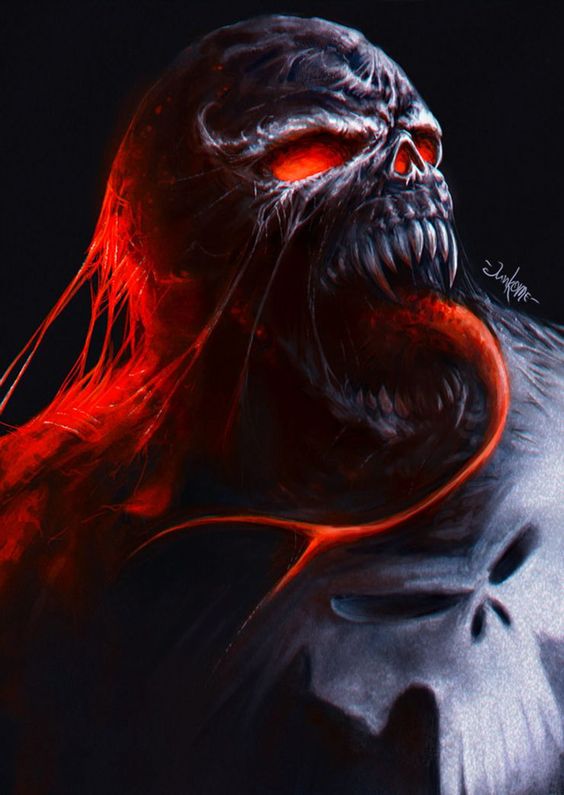 This wonderful piece courtesy Eugene Gore/ Junkome is just pure, old-school horror on display. This is the kind of art that one might see on classic horror movie posters or comics. The artist has wonderfully captured the ghastly form that can terrorize any person’s sleep. 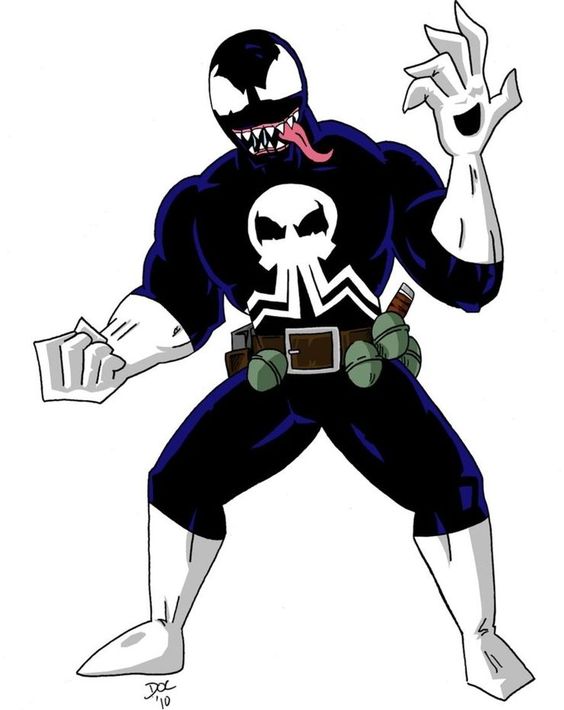 This classsic take by derangedcomics is in line with a much more classic look for both Venom and the Punisher. The grenades, the white gloves and boots are all classic Frank Castle while the logo and the mask indicates that he’s now deadlier after bonding with the Venom symbiote. 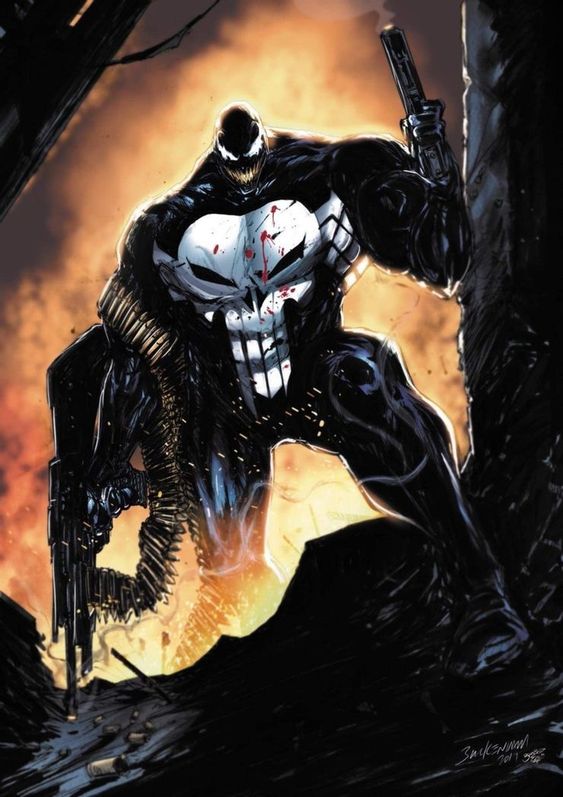 This collaboration between Phil Buckenham and Dennia Lehmann  is just a treat to look at. An intimidating Venomized, fully weaponized Frank Castle, staring down at his next victim, ready to tear them to bits. 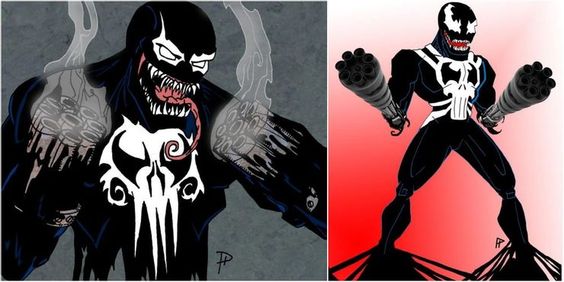 Peter Sefcik’s sketch showcases Venom’s ability. Venom has the ability to assume shapes and shoot projectiles. Here we have Frank Castle, in all his Gatling-Gun glory, ready to rip through any villain he encounters. 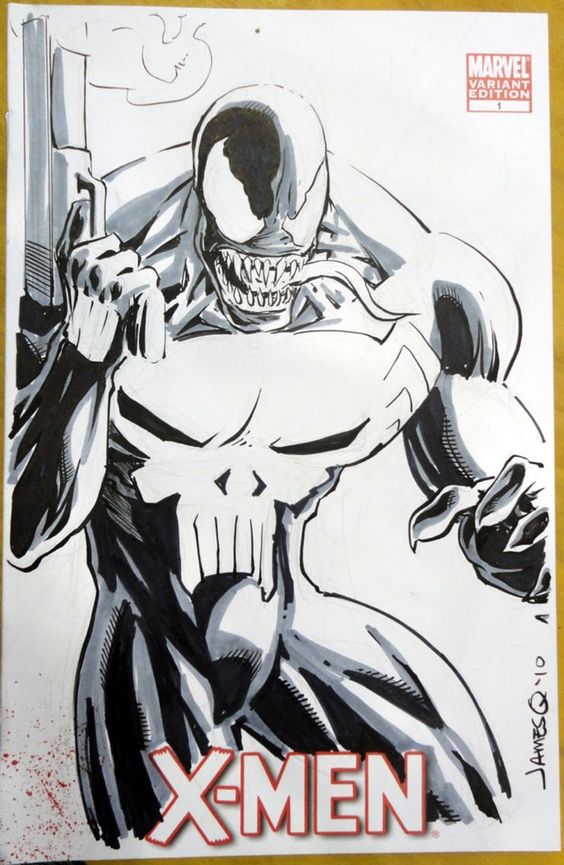 Sure, it’s a little weird seeing Venom on an X-Men cover. James Q. Nguyen drew this in 2010 at Baltimore Comic-Con. There are some very distinct changes to the logo on the chest. The badassery though? Still a 100%.

One Man War on Crime 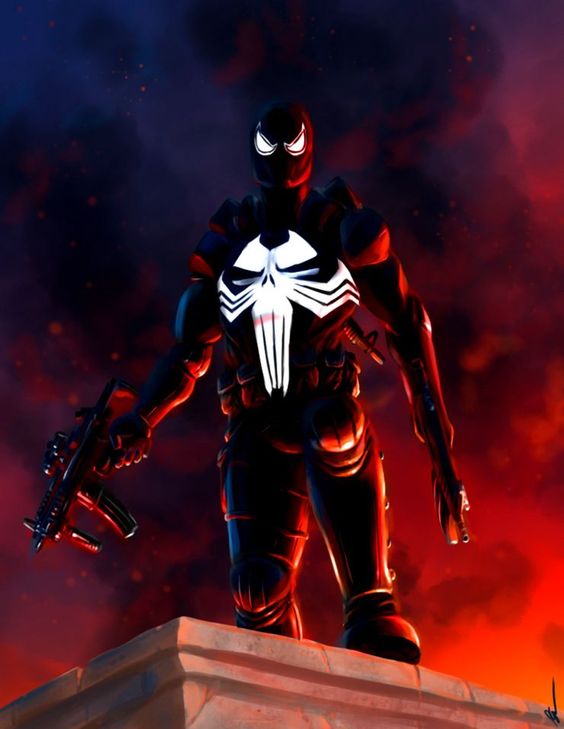 Rafael Alejando Flores Ramiro is the artist of this super-detailed pieces. With bright shades of red and black, the Venomized Punisher looks downright terrifying as he gers ready to wage his nightly war on crime. 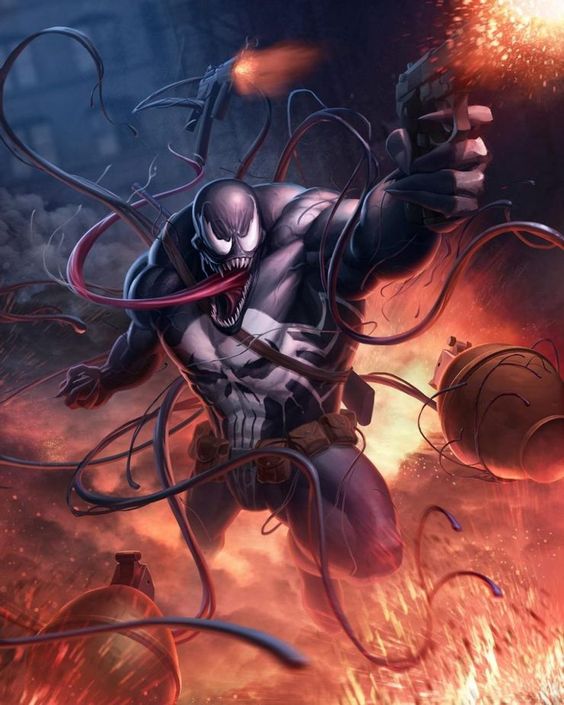 Mike Capprotti illustrated this in 2016, before the Venomized Punisher first appeared in the mainstream Marvel Universe and not as the What If? version. Here we have Frank Castle ready to tear the underbelly a new one, all guns firing.