In the Avatar universe, bending is a combat system. It provides more power to the bender who can have an advantage in fights with enemies using their bending techniques. These abilities allow the user to manipulate air, water, earth or fire with the use of hands or feet.
What would happen if these characters were to lose their power of bending?
But however, there are some characters who would be still of great help either as fighters, assassins, leaders or in some other roles. Thus, there are some benders who even without their “gifts” are still quite powerful. Their powers could have a huge impact not only on the battle but maybe even on world events.

Katara of the Southern Water Tribe, is one of the prominent characters of the series. She is empathetic and knowledgeable. However, she began with nothing! We can see that she had no skills at the beginning of the series. But then as the series progressed she learned a lot from both Pakku and Hama Water Tribes. She learned things so quick and thoroughly that she also defeated powerful Fire Benders in the series alone.
She also ended up leaning a skill set of healing and blood bending which left us all in awe. Of course there is no Water Bender as powerful as her but even without her bending skills, she could make a huge impact.

Combustion Man aka Sokka was an mysterious assassin and one of the really cool benders in all of the Avatar: The Last Airbender. Combustion Man has the ability to set off explosives just with his mind using his firebending. His technique is amazing especially if he’s is attacking someone who is far in range.  For some reason, Combustion Man , magically was able to track Aang and his friends to attack them. Thankfully Aang till then had experience to dodge the attacks by Fire Nation. But even after these unique abilities, there was a flaw in his technique and he was defeated by a stone and a mere boomerang.
Without his bending too, he is quite scary with the built he has and of course his metal arm and leg with which he could easily kill someone.

Aang; the protagonist is the sole survivor was the Avatar who can perform Air bending. However, he used his airbending skills in order to restore world peace and stop the Fire Nation from the injustice and violence they were creating among the Avatar universe.
He is such a hero that he can trick his enemy without his power and just using his brains. He also has great spiritual abilities (thanks to the monks who looked after him) and he is so good with his negotiation skills that he can talk people into and create and maintain world peace. 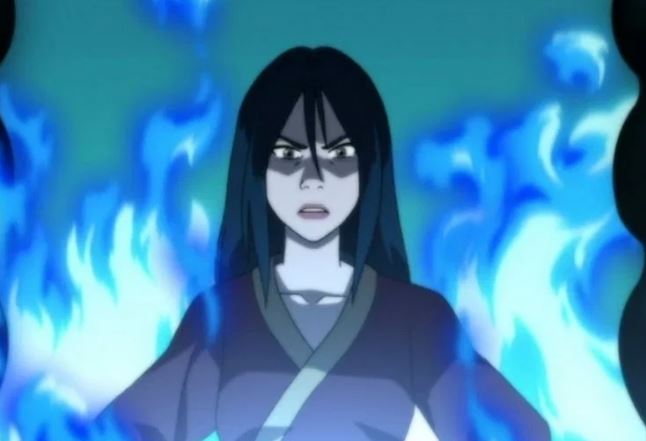 Azula, Ozai’s wife was not a Firebender which was an exception in the Fire Nation’s royal family. Princess Azula is a cunning person who made a plan to defeat Ba Sing Se without performing any bending.  She was an expert in Lightning bending and so powerful that it took 2 another powerful benders; Zuko and Katara in order defeat her.
She had tracked Aang across the world and almost caught him number of times.
Even though Fire Lord Ozai was the big villain it was Azula who added that extra spark to make him powerful with her amazing political power and cunning nature. 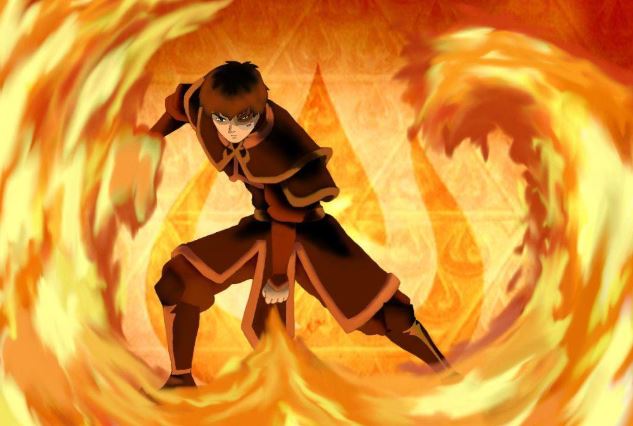 Prince Zuko of Fire Nation needs no introduction. He was an extremely gifted bender since a young age. His uncle Iroh helped him become a better warrior and a person. He started as a villain but then realized the right and wrong just to join forces with Aang. After that alliance his powers grew no bound. Zuko had also rescuded Aang from the clutches of Admiral Zhao. His Fire Bending skills were comparable to the mighty benders like Ozai himself. He is currently the leader of Fire Nation and we all are proud of his character development.

Toph Beifong is one character who earned everyone’s love and respect. She was born in a Noble family with parents who loved her. She couldn’t see and that’s why her parents were always over protective towards her. Irrespective of that she made sure that she was strong and tough.
Even though Master Yu taught her the beginner moves for earth bending, she herself achieved the art of metalbending and she also taught earth bending to Aang. Because she cannot use her sight, she taught herself to see with feet and also learnt the art of seismic sense to feel things va vibrations from the Earth.
She was one of the strongest ally Aang had and because of her family name, she could gain lot of access to thing Aang’s gang could not.
Toph is one of the greatest earth bender there ever was and we are not arguing over that.

Admiral Zhao could have come close to Iroh ; he learnt his fire bending from the great Jeong Jeong however due to his lack of patience and wisdom ( unlike Iroh) his fire bendning tends to be reckless and quite sloppy. Irrespective of his good leadership, his bending skills were his weakness to the same.
However with his commanding skills, he had conquered a lot of tribes. He had also almost captured the Water Tribe of the North and even captured Aang until Zuko came off to Aang;s help. Bending or no bending, Zhao was a powerful leader. 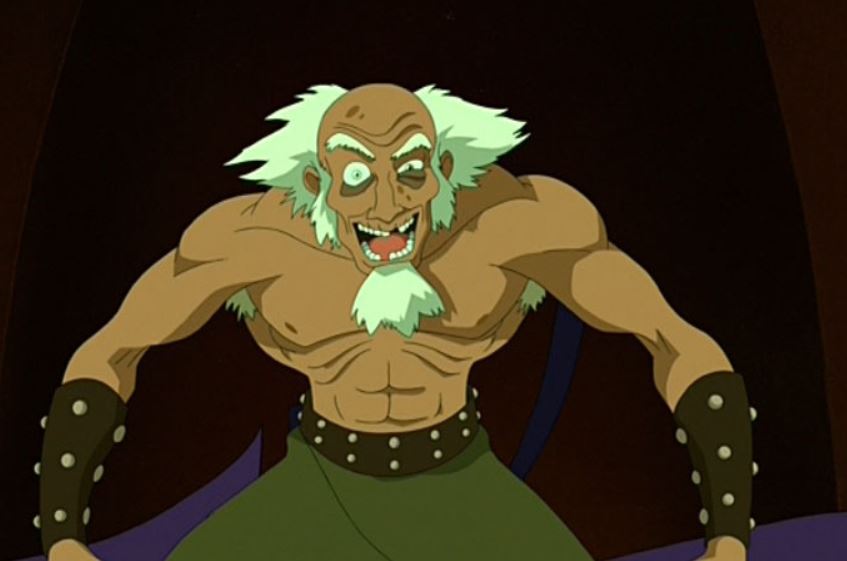 King Bumi initially fooled everyone portraying himself as weak old man, but in reality he is one of the most greatest and powerful Earth Benders to have existed. He could perform the required bending without doing any actions and postures.
He had also almost defeated Aang – one of the most powerful Avatar among all.

Iroh is one of the mostly influential characters who was well known in the Fire Nation for his amazing firebending feats. He was trained by the last dragons, to whom he swore to never reveal their existence in order to protect them from any harm.
Iroh even fought Azula to help Aang escape.
He is such a great bender and he is also wise. Iroh is always talking wisdom and he had a strong role to play changing Zuko’s mindset too. His love for tea is surreal!
And obviously he can lead any army in the world irrespective of his bending skills.

Fire Lord Ozai trained all his life to become one of the most powerful fire bender out there.
He would be so powerful to battle against Aang – the most powerful Avatars out there and that too he was successfully able to hold him for such long time. Ozai was such a threat as a fire bender that only way Aang found a way to defeat him was by snatching away his bending powers.
But apart from his fire bending powers, he was also the Lord of the Fire Nation. He could command his army and fleets to conquer the world for him. His political powers were great enough to make him feared while just sitting in his chair. Even though he was a villain, his leadership qualities were so great that when Zuko became the new Fire Lord he had to go to talk to his father in order to get advice from him.