Avatar: Dank Sokka Memes All Fans Could Relate To

If there were to be poll for best meme of Zuko’s ever it would be this particular one, but there are other promising ones, if this one is not to your type of meme. We cherishingly adore the way Toph clings to Zuko in this one. She was the only lady address the elephant in the room. As she didn’t want to feel left out, we can’t really blame her for getting too attached to Zuko. 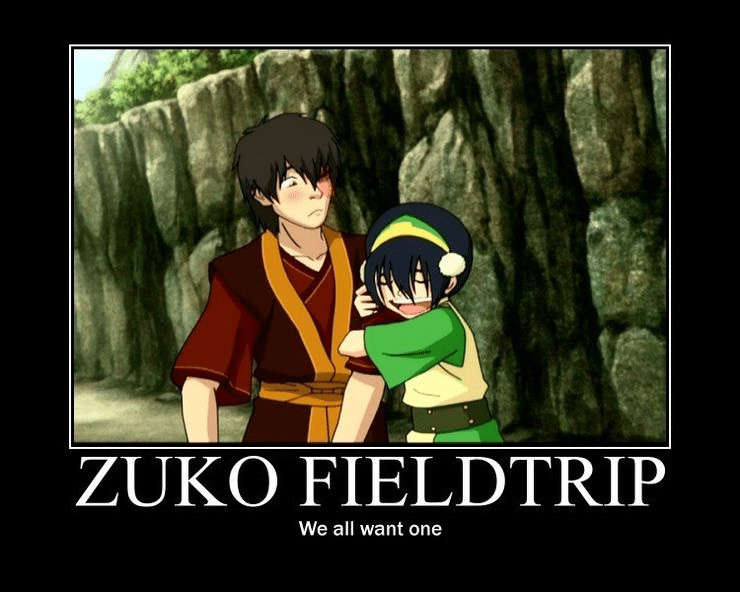 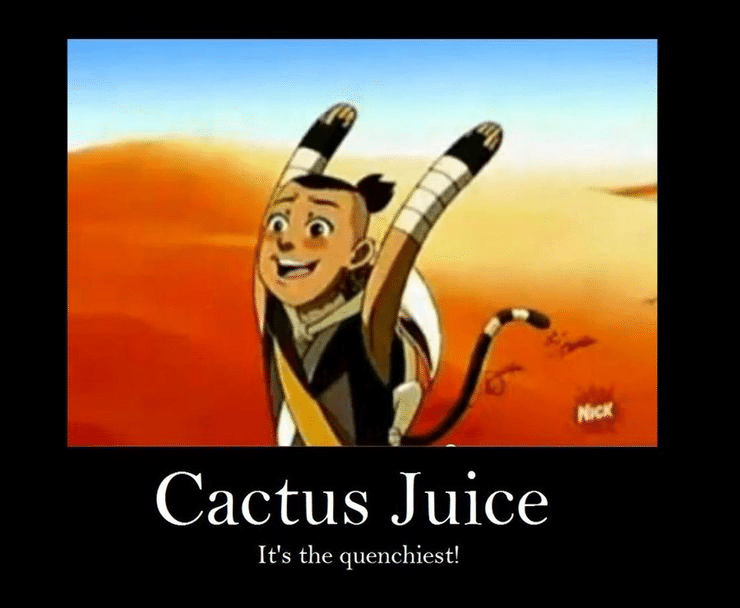 The plot here itself is filled with some memorable silly Sokka moments to the brim. Maybe that’s the reason that why we fall in love with this. This is not the usual Sokka that got really loose had some fun. 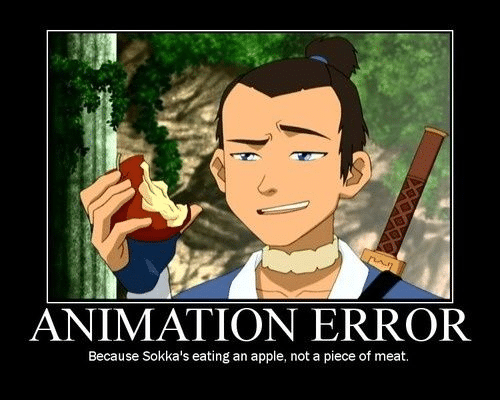 Throwing the blame on the anime artists for Sokka’s food choice was quite a remarkably smart move, as it gives an impression that this particular meme maker is jokingly passing a remark on it. But think about it, did we ever see Sokka eating an apple and not complain about it? 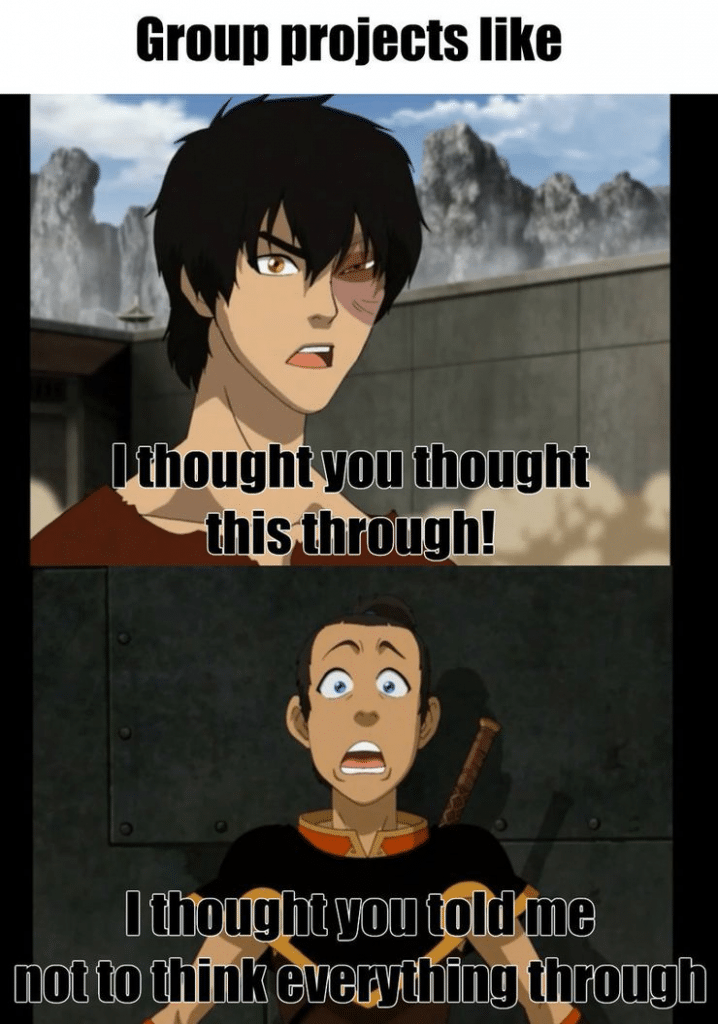 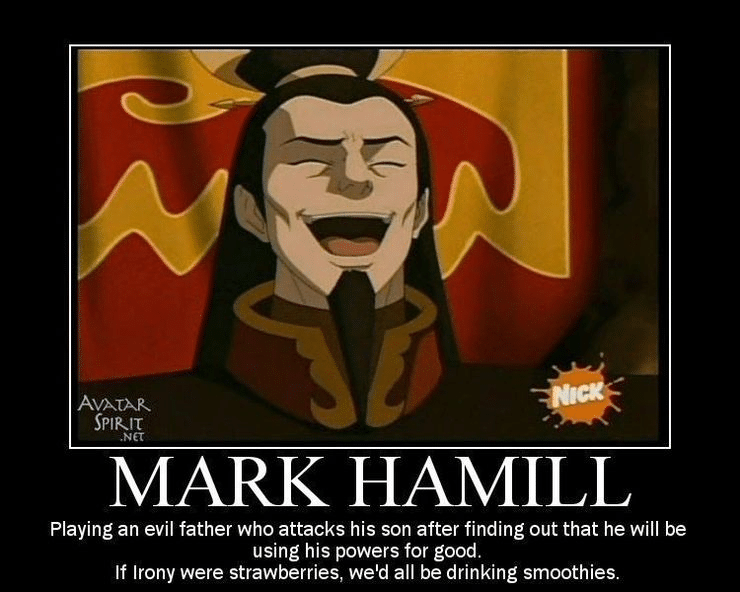 This meme cleverly criticizes Mark Hamill the man who voiced the Fire Lord – a man who attacked his son Zuko, for standing up for what is right. The irony is that Mark Hamill has portrayed other roles that have quite a contrast with the current one. That bit probably doesn’t need an explanation as you would know. At least we hope so. 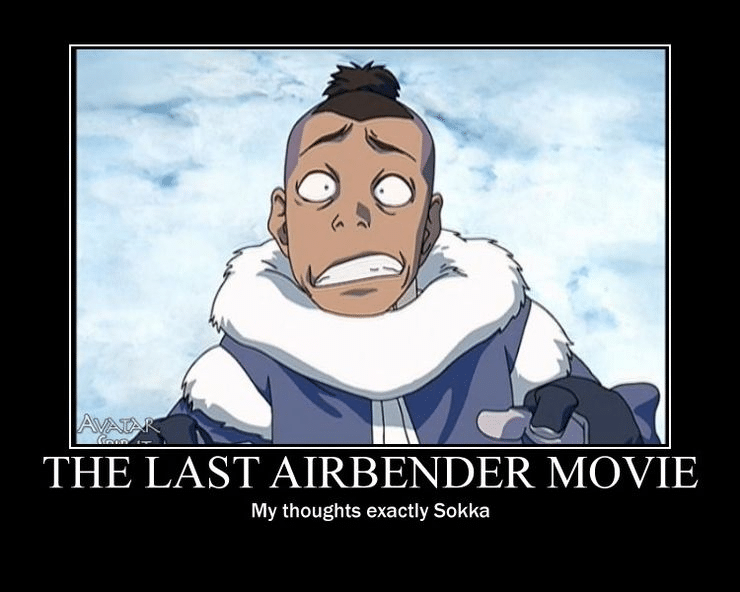 Now obviously we know that Sokka is not reacting to news of the movie, however if he would have reacted to it this is aptly the face he would make. We just know by our instincts. As to how these instincts were formed? By our own experience of the expressions formed when watching the trailer by ourselves. 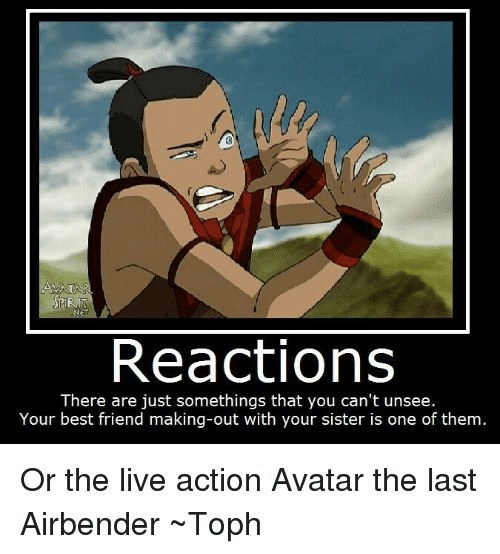 Here, Sokka wishes that he could really forget the fact that his best friend and his sister are an item. Or maybe, also how the fandom secretly pretends to remember that a live action movie exists as the caption helpfully points out.

Also Read: Fan Made Avatar Bending Styles That Should Be In A Future Series 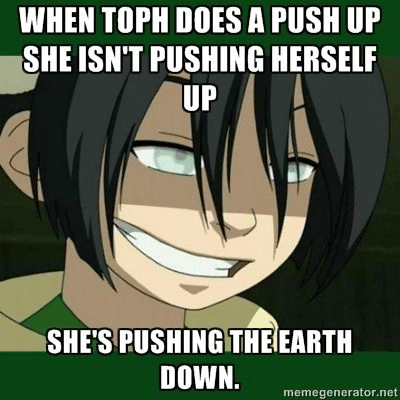 She is one hell of a woman with glaring arrogance that she would definitely push the earth down rather than herself up. That is assuming you could convince her to do a push up in the first place. Well good luck doing that!

Wonder Woman 1984: Did You Catch The Sweet Cameo of Gal Gadot’s Real Family? 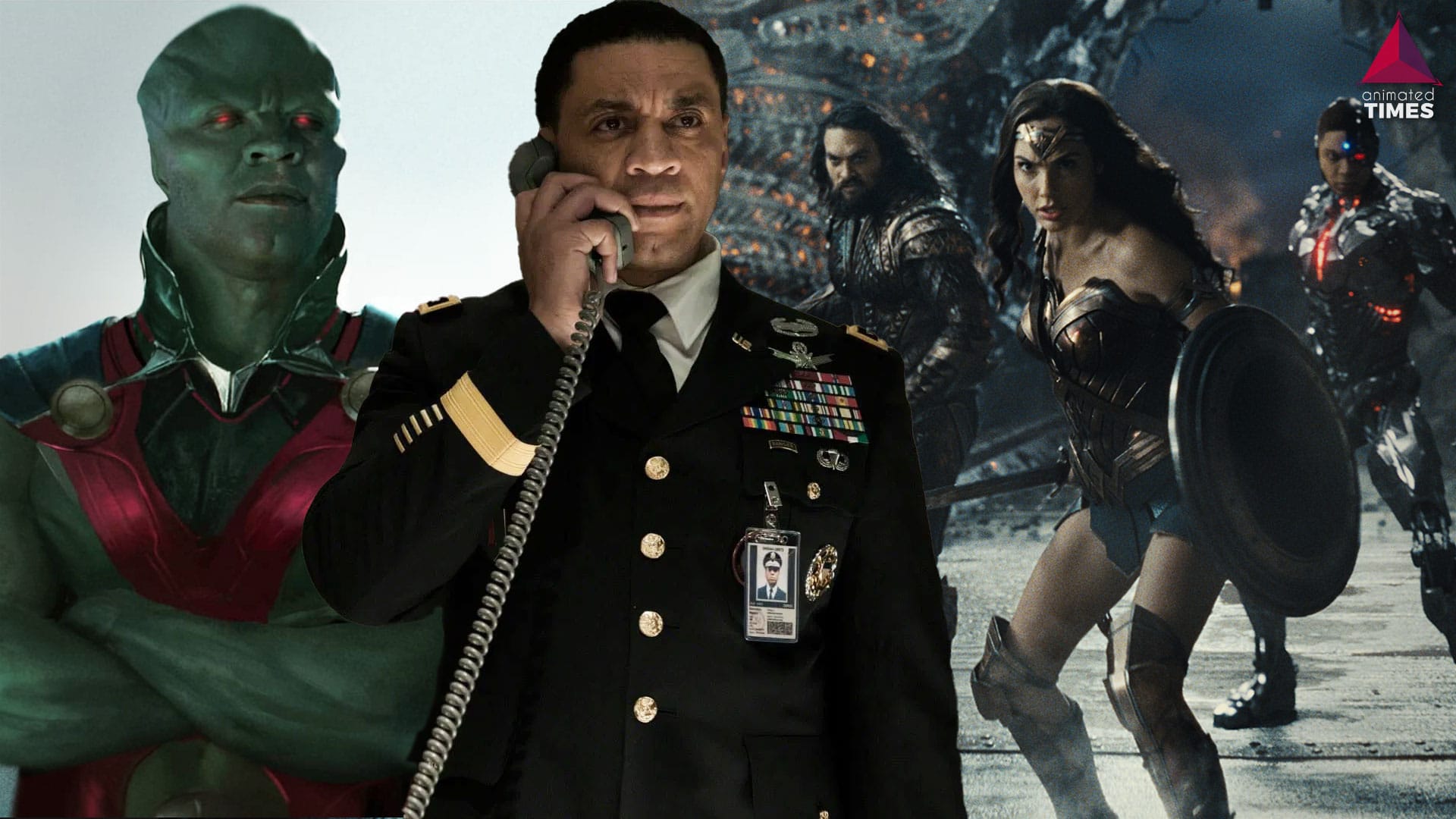 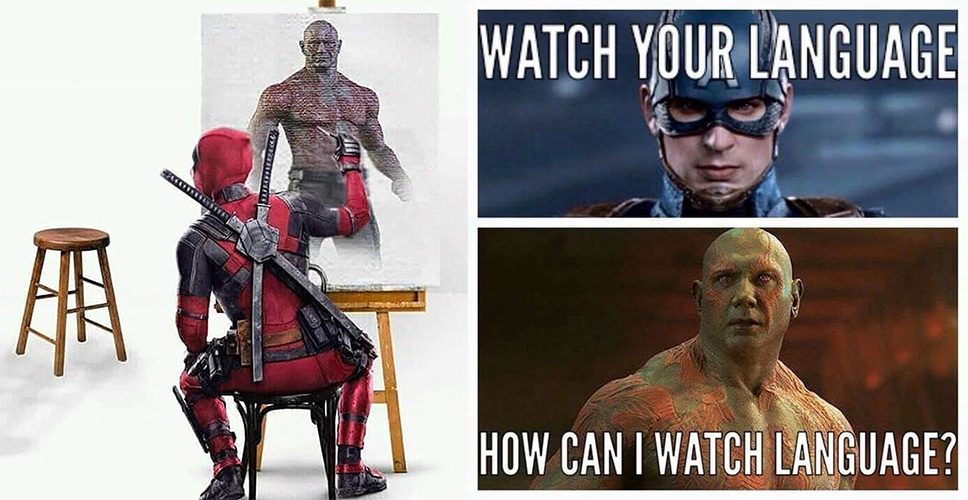 Read More
The invisible Drax is one of the most loved characters of the Guardians of the Galaxy. And it… 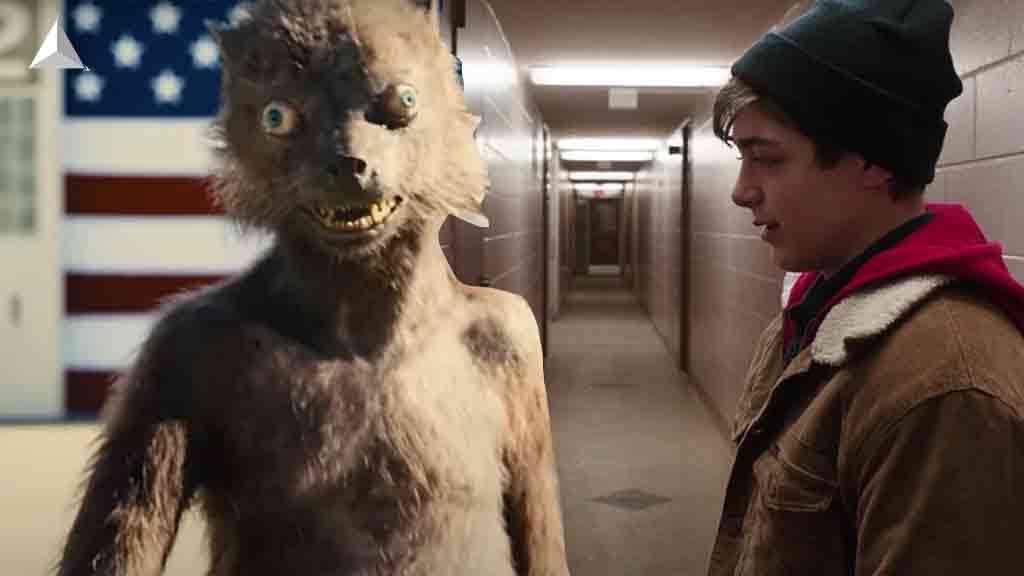 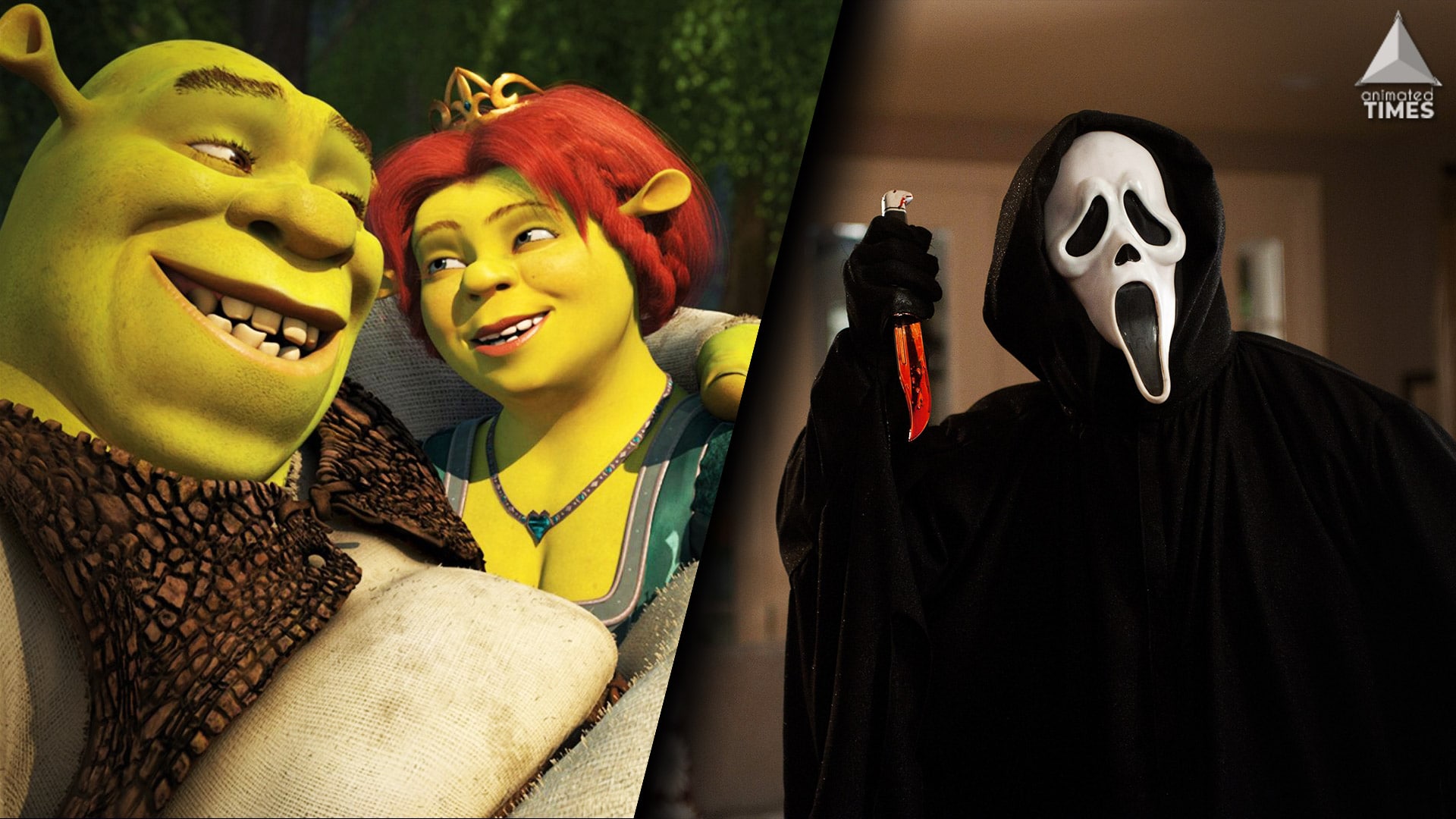 Read More
Before starting, let us all get this one thing clear in our minds that Comedy is really harder…