Probably one of the most legendary animated series to have been ever made, Avatar: The Last Airbender has its own set of problems. Sometimes the episodes were truly lackluster. 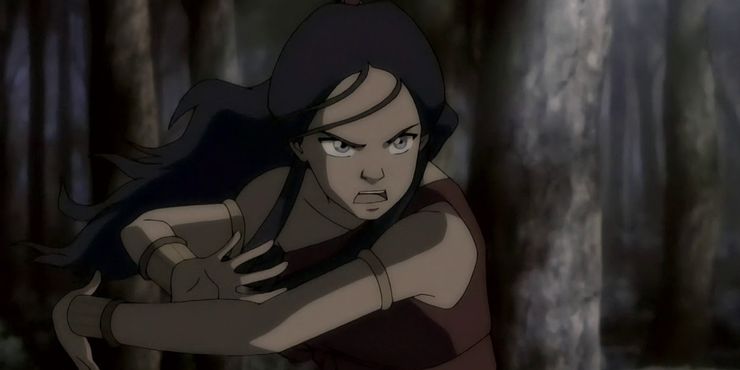 As a victim of the Fire Nation, Hama had suffered a lot. She developed the deadly ability of Blood Bending when she was in prison. Hama has ever since used blood bending to control unsuspecting Fire Nation civilians and throw them into captivity just like the way she was forced to be in her younger days. Katara sees a kindred spirit in Hama but she later reveals she is as evil as they come. Hama tries to make Katara learn the art of blood bending and continue on her legacy. But Katara refuses to learn such an unnatural bending technique. When Hama uses blood bending to make Katara’s friends try and kill each other, Katara is forced to use blood bending to stop Hama. In the end, Hama is defeated in battle but she has won the war. Katara breaks down crying after realizing Hama manipulate her into doing her bidding. 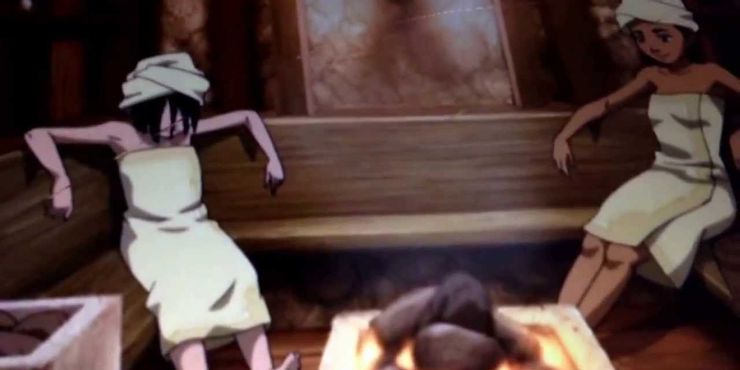 There were some really good episodes within the “Tales From Ba Sing Se” story arc. Uncle Iroh’s heart-wrenching backstory as well as Appa’s saddening tale were explored. Katara and Toph going out for a day at the spa was certainly not the best of the lot. Toph is a lot of things. The one thing she is not is worrying about what people might think of her appearance. it did not sit well because Toph’s character is miles apart from how she was portrayed in this episode. What were they event thinking when they gave her a girly makeover?? Are we supposed to just forget that debacle?!?!?

Raised to be kind-hearted and gentle, Aang is a person who would not even dare eat meat. That goes against his ideals of living and letting others live. He believes in pacifism. Even when he fights, he uses his bending to dodge or get away. He never intends to harm anyone. But in the end, Aang was supposed to fight Fire Lord Ozai. There could only be one winner. This meant Aang hard to let go of his non-violent ideals. This arc introduced the Lion turtle and the Avatar-exclusive Energy Bending ability. This was the perfect way for Aang to fight Ozai. The fight ended with Ozai defeated, brought to his knees when Aang used energy bending to take away his bending 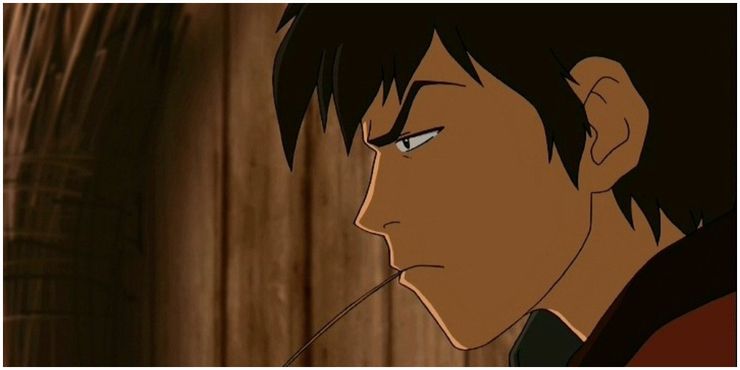 Jet started out strong. but somewhere along the line, the writers just did not know what to do with him. His character arc and his fame eventually fizzled out. As a rebel fighter, Jet was an able warrior who could hold his own against veteran benders. Multiple story arcs later, Jet became the laughing stock of the Rebellion.. He was later introduced as a refugee living within the confines of Ba Sing Se. The writers probably tried to give him a path towards redemption and at least let him go down guns blazing as a character. Even that did not go according to plan and Jet was just forgotten. His entire storyline was a mess from start to finish.

Best – The Tale Of Roku And Sozin 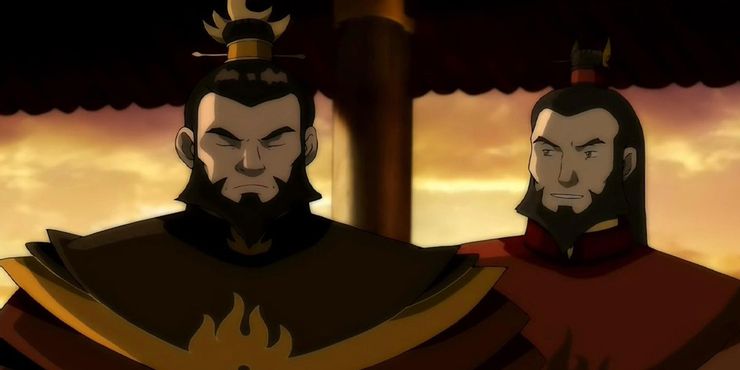 Avatar The Last Airbender has a lot of backstories that branch off of the main characters. One such backstory that is remembered by all but has no direct connection with Team Aang is the tale of Avatar Roku and Fire Lord Sozin. The friendship between the two eventually forged the will of the Fire Nation and led to it becoming an expansionist empire. It is also why Zuko becoming a part of Team Aang was so crucial. In the past, it was the avatar and a royal member of the Fire Nation that started the story which led to the Fire Nation becoming the big bad wolf. It took another Avatar and another Fire nation royalty to end that vicious cycle started years ago. 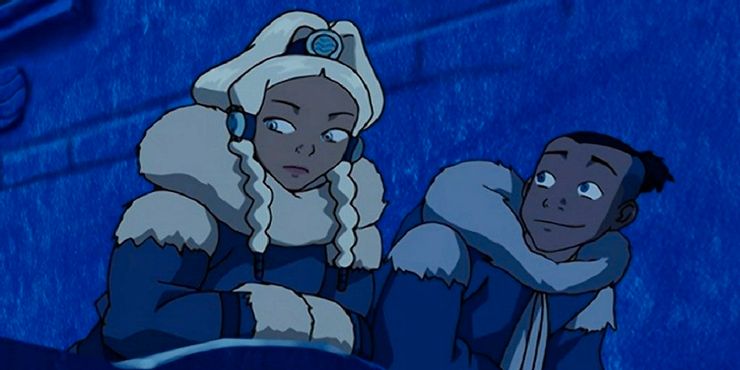 As the only non bending member of Team Aang, Sokka had a unique position. He was the de facto leader of the group. He was also a very capable warrior. He had been taking care of his sister before he met Aang. He was forced to take care of both of them now. He is also one of the most level-headed members of the group. But his choice of romantic relationships still astound us. We all loved Suki. But our love for the character was for nothing since Sokka went ahead and fell in love with another character named Yue. Yue dies when the Fire Nation attacks and Sokka is left with no one to look forward to in his love life. Sukki comes in again and saves the day. This to and fro for a character only ends up hampering Suki’s reputation. 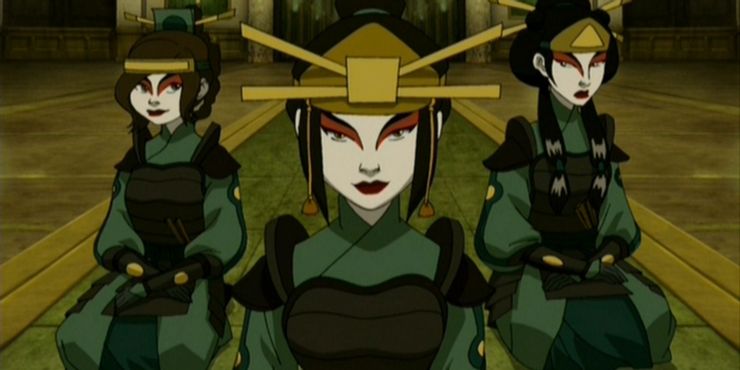 This was the episode that showed us how ruthless, diabolical, and tactical Azula can be. Fire Lord Ozai is definitely the big bad wolf but for a few moments we were led to believe Azula just might be the better villain of the series. Her idea of infiltrating Ba Sing Se and the Dai Li reeked of sheer brilliance. She did what no Fire Nation soldier before her could. And she did it with style and suave. When the city fell, it was a historic moment. It was all possible because one timid looking girl with the will of the fire took a risky gamble and got away with it. 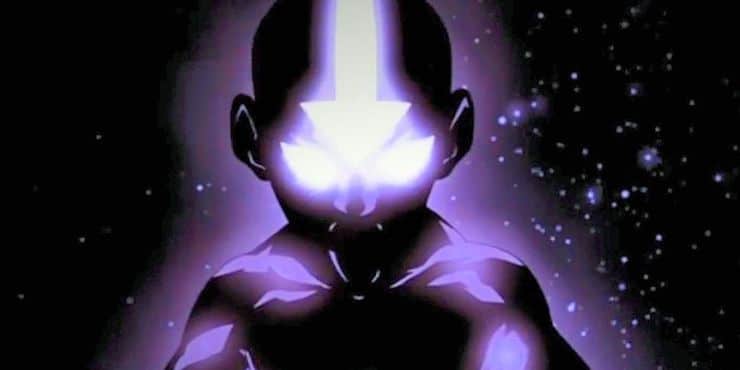 the path of the avatar is long and arduous. No one can deny that. It is a path the avatar must choose to walk alone in solitude. It is as much a burden as it is a blessing to be the Avatar. When Aang realizes this after meeting with Guru Pathik, he hesitates. To become the avatar he must let go of all materialistic attachments. And that includes his romantic feelings for Katara. Aang’s hesitation results in him not unlocking the Avatar state. But in the end, Aang manages to do so. Somehow he manages to find a loophole that lets him access the power of the avatar all the while keeping his romance alive with Katara. What was the point of this episode if Aang was anyways going to find a way around? 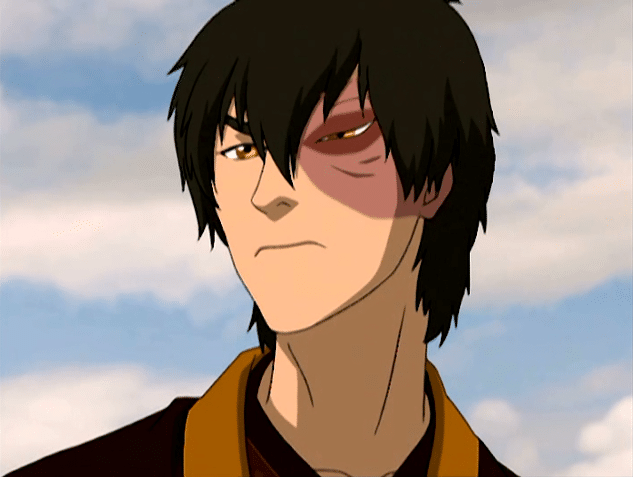 The story of Zuko starting out as a primary villain and then slowly transitioning into an anti-hero before joining Team Aang is what makes his redemption arc so epic. The story spans three entire seasons and frankly it is way worth the wait. Zuko’s motivations for killing the Avatar are well-presented. But then a variety of factors lead to his eventual detour. Uncle Iroh’s support as well as Zuko realizing the truth of the Fire Nation’s many atrocities inflicted upon the world. In the end, Zuko turns into a good guy of his own accord. No one nudges him into pulling that plug. Prince Zuko is an inspiration to all. No one is beyond salvation and it is never ever too late. Zuko in the final season would have made Uncle Iroh proud.