Avengers have been getting some really cool weapons gradually as the films progress and so do the characters. And part of the credit for the same goes to Tony Stark.
By the time all of the Avengers assembled to defeat Thanos in Avengers: Endgame, they had a massive array of weapons, technology and all kinds of tools they would need in a battles.
Thor’s Stormbreaker, Captain America’s shield, or one of Tony Stark’s many Iron Man suits all have a special place in fans hearts.
In the all the movies there have been many details which have been keenly observed by the fans and that is a great thing considering this details just happen in the blink of an eye.

Here are few details we are dying to share with you: 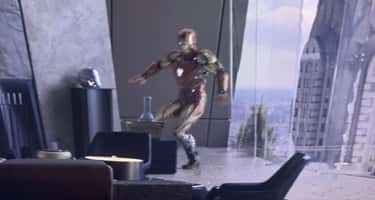 In the Avengers Endgame (2019), when Tony seeks into the Avengers tower he uses the nano tech to retract the suit on his feet first so he can land quietly. 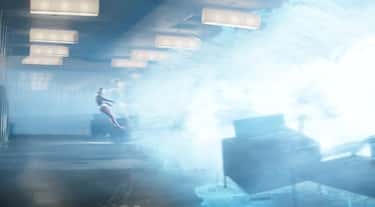 In the Avengers: Endgame, Ant-Man was able to survive the attack on the compound solely by shrinking down when the blast hit first (and it totally makes sense.)

3. Tony Stark’s Suit In The Avengers 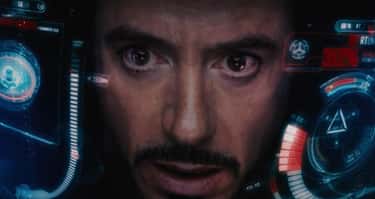 In the Avengers (2012), while Tony is fixing the rotor on the helicarrier, his heads up display showed the  suit with 312% power remaining. This was a callback when Thor stuck him with a lightning bolt and brought his suit power to 400%. As a result his suit remains “Thor-Charged” in the movie

4. Tony Had AI Cards In Age of Ultron

During the suit up scene in Avengers: Age of Ultron, Tony Stark has another suit AI called Tadashi (possible reference to the character in Big Hero 6) and Jocasta, the bride of Ultron.

5.  Thor And His Headshots In Endgame 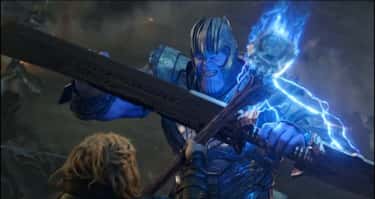 In the Endgame movie, Thor only aims for Thanos’ head when he is fighting. These shots only show the fighting scenes between Thor and Thanos

During the Age of Ultron movie, Captain America kept targeting Ultron in the chest with his shield in the beginning of the film. As a result in the latter part of the film when Ultron upgrades his armor with Vibranium he puts most of it on his chest.

In Avenger: Age of Ultron, you can actually spot Fridays A.I face when Tony is seen uploading her in his suit. 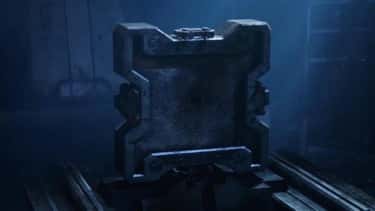 In the 2018’s Avengers : Infinity War, Eitri (the Dwarf) tells Thor that the Strombreaker in the theory is extremely power to even summon the Bifrost.
As a result , we can see the Bifrost Pattern on Stormbreaker’s forging mold. 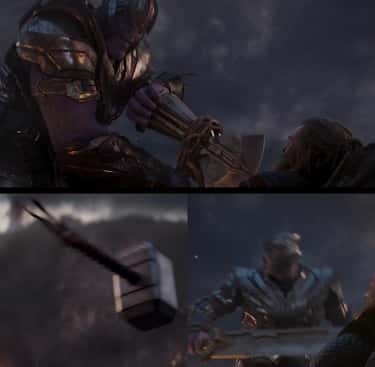 During the scene in the Endgame, Thanos has Stormbreaker to kill Thor but then after Captain America hits him with the Mjolnir, it quickly changes to Thanos’ double edged sword. 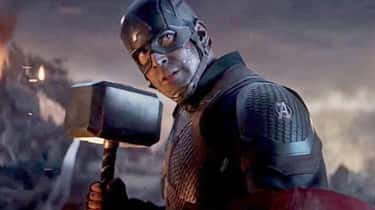 In the iconic scene of Endgame (2019), if you seen keenly, Captain America always cushions the flight path of Mjolnir while Thor grabs it outstretched.
While doing this, Steve Rogers used to adjust for the Shield to recoil while Thor knows Mjolnir comes to a stop at his hand.