Tony Stark and Bruce Banner are great friends in the MCU, so that arises the question where was Hulk when his friend died at the end of Avengers: Endgame?
The two heroes have established the foundations for the MCU with their solo movies before meeting in The Avengers and they hit off and became “The Science Bros” 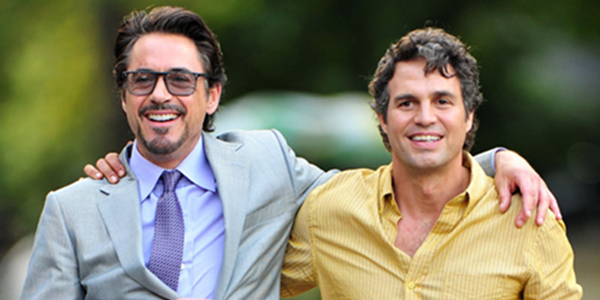 Thus, it was bit odd that Hulk (Mark Ruffalo) couldn’t give a farewell to Tony Stark (Robert Downey Jr.) when he dies in the Endgame.
The Professor Hulk volunteers to wield the Gauntlet to undo Thanos’ snap. This doesn’t only result in the permanent loss of arm but also Hulk is crashed under the Avengers facility when Thanos arrives from the past and Iron  Man ends up sacrificing himself to defeat the Mad Titan.
In the climax of the movie, Stark’s closest friends gather around him as he takes his last breath expect Hulk. As much as he must be hurt and exhausted; Hulk should be present during Stark’s final moments, but he vanishes after a brief appearance in the previous battle and only reappears at his funeral.

A deleted scene from Avengers:Endgame shows that ever Avenger in the battlefield was kneeling in respect for the fallen hero- even characters that never interacted with him like Shuri and Valkyrie. Hulk is still absent for the most of it but many fans who watched the scene could be forgiven if they don’t spot him at first.
But on re watching the scene, we can spot Hulk in the left border of the frame right behind Wasp and Wong and Black Panther.
He is obscured by debris and the scene fades to black just a couple of seconds after he shows up.

The death of Black Widow on planet Vormir gave Hulk a legitimate reason to miss her final moments as he couldn’t have imagined that the Soul Stone required her to die in order to retrieve it. Her friends did take a second to mourn her and her death  serves to motivate them tp keep fighting especially er former lover Hulk.

But there’s no reason for him to miss Tony Stark’s death right in front of him. On the other hand, Captain America and Thor have their fair share of screen time to tear up regardless of their pervious confrontation with the deceased hero.

Whatever was the reason for his limited time of presence, Avengers: Endgame still achieved the most emotional climax of the MCU and Marvel fans could see just how important Tony Starks was to everyone !