For not having been appeared on-screen yet, Beta Ray Bill’s presence in the Marvel Cinematic Universe now continues to grow. First, it was the statue Easter egg on The Grandmaster’s tower in the movie  Thor: Ragnarok. Now, there was apparently a reference to the fan-favorite character we all have missed, and for a good reason — it’s only in the script. Brought to the attention of the masses by u/Masterhaze710, there’s a moment in the script where viewers actually see Korbin, the home planet of the Korbinite race.

The endgame script mentions a scene regarding Korbin, the home planet of the Korbinite race 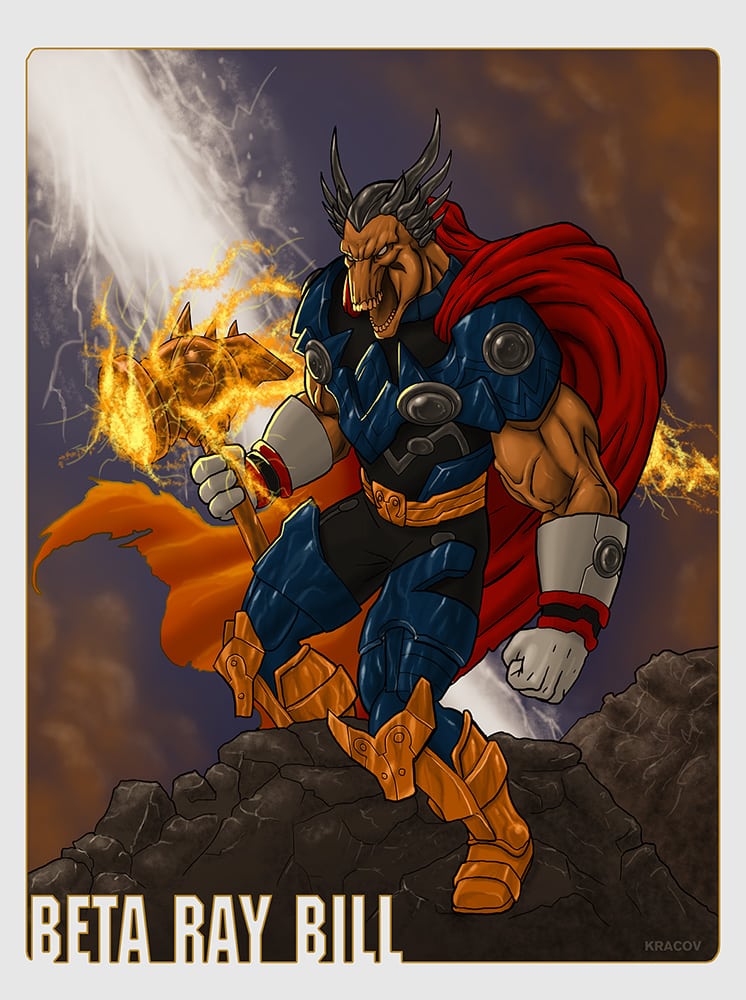 The scene in question involves the first time we all see Gamora (Zoe Saldana) in a 2014 flashback. She and bad Nebula (Karen Gillan) are fighting those mechanized warriors — Korbinites — according to the script. As the script reads beginning on page 63, “BAD NEBULA CUTS DOWN A KORBINITE SOLDIER WITH DUAL BLADES. She the leads Thanos’ troops onward as they lay waste to the Korbinite home world.”

Why Beta Ray Bill wasn’t added in the team-up?

The scene in question then continues on largely how it had ended up in the final cut. Nebula gets herself cornered and then Gamora pops out of the shadows to save the day. After Avengers: Infinity War first hit theaters, Joe Russo was asked that why a character such as Beta Ray Bill wasn’t included in the team-up. According to the filmmaker, it was just a matter of having no additional space in the character lineup.

“So many characters,” Joe Russo said. “Beta Ray Bill has been discussed many times. He was one of my favorite characters as a kid, but it’s just, really, functionally, where does he fit? We’ve got a lot of characters that you care about that we’re trying to tell the stories about, a long arcing narrative about, and when new characters come into the world they have to have an effect on the story otherwise there’s no value in introducing them and we just didn’t have the space in a film like this to do that.”