Thor ; the God Of Thunder played by Chris Hemsworth was not exactly in a great mental state in the Avengers : Endgame after the time heist. He wanted to do the “snap” thinking it would undo everything but Iron Man ; Tony Stark played by Robert Downey Junior stopped him.

Fiver years after their defeat to Thanos and the destruction of the Infinity Stones, the remaining MCU heroes came back together when the idea of time heist came up thanks to Ant Man; Scott Lang played by Paul Rudd.

It was definitely a complicated mission because it meant travelling to different points in the MCU history in order to collect the Infinity Stones before the Mad Titan got them.
After a few problems along the way, the Avengers were finally successful in securing the crystals giving them a chance to bring back all those who were dusted by the villain’s snap in Avengers: Infinity War.

Stark’s nano – tech gauntlet was really useful as the “Smart” Hulk played by Mark Ruffalo wielded the power of all the 6 Infinity Stones and brought back the victims of the previous snap.

Before they came to the decision to let Hulk don the metal glove there was a huge commotion among the heroes.

Thor wanted to do the snap and he begged and pleaded from them to allow him to do this. But they collectively decided that God of Thunder wasn’t the right contender for this job

Thor is a demi-god and he was capable of using all the six Infinity Stones at the same time and probably more than Hulk. Yes he had gained weight in the five years gap since he had ruthlessly beheaded Thanos in the garden after learning that he had destroyed all the stones, he was still physically strong.

This is evinced looking at the way he partook in the Endgame’s climactic battle.

However, Tony was particularly adamant in not letting Thor do the snap but instead of thinking about his fellow teammate Avenger’s well being, there is a deeper reason on why he didn’t want the God of Thunder to do it.

This made sense because that this was the only time he had a normal family dynamic considering this relationship with his father, Howard Stark while growing up.

Tony knew that to be able to secure his future with his wife Pepper Potts and daughter Morgan, there should be a clear directive to the Infinity Stones with what the wielder wanted to happen.

Because the snapping  or any other physical act wouldn’t activate the power of the Infinity Stones – it’s the mind that mandates what the stones do.

So, even thought Thor was in the state to physically wield the power of the Stones, he wasn’t in best mindset to send them clear instructions with what need to happen. 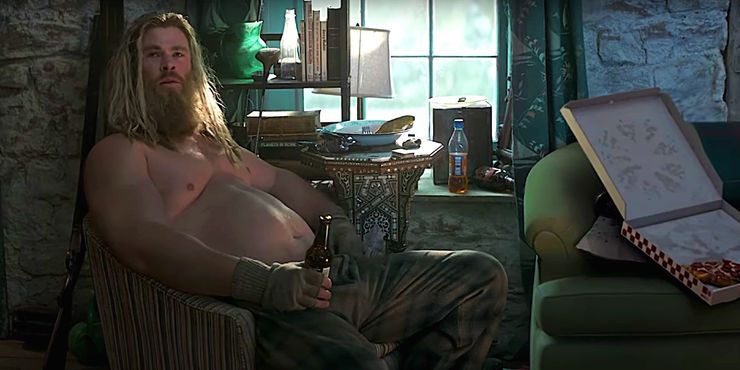 Throughout the film, he was unstable as he had several emotional breakdowns every now and then because he held himself responsible to be unable to stop Thanos and regarded as his failure. Tony himself suffered PTSD after the Battle of New York and he didn’t want Thor to miss up what could be their only chance to use the Infinity Stones.

This is also why Tony gave “Smart Hulk a reminder while giving him the gauntlet saying “you remember, everyone Thanos snapped five years ago, we’re just bringing them back now, today. Don’t change anything in the last five years.”

Ironically prior to Avengers: Endgame, Thor would have been the ideal choice do to the snap as he was physically and mentally well equipped to accomplish the job.
Without the 5 year break that allowed Bruce Banner to meld his two different personalities into Smart Hulk , they would have been stuck with a mindless green monster who would become angry at any given point of time.

So this definitely makes sense why Stark stopped Thor! And Tony didn’t want it to fail especially after all the things they went through to get those Infinity Stones.