Avengers: Endgame’s mini crossover between the leading female heroes of the Marvel Cinematic Universe was always planned for its final battle, but screenwriters Christopher Markus and Stephen McFeely needed the scene to feel justified on a story level.

About the Avengers:Endgame mini crossover between the leading female heroes of the MCU

“It was present from fairly early on, and the debate was that’s an incredibly generic name — Marvel, try harder,” Markus told Backstory Magazine of the nod to Marvel Comics’ A-Force.

“But it was a matter of justifying it on a story level so it didn’t seem just like, ‘Hey, look at all the women we have.’ It took a while to move it around, find the right spot for it in the battle, but it was something we always wanted because it’s really satisfying on a visceral level.”

The moment comes when Spider-Man (Tom Holland), playing keep away with the gauntlet holding the six Infinity Stones, entrusts its care to Captain Marvel (Brie Larson).

The scene drew a significant portion of the Endgame movie

Markus and McFeely previously recounted the scene drew a significant portion of Endgame’s female crew as onlookers, who gathered to witness the monumental team up.

“They were pumped. There was a lot of pumped circumstances around it. We certainly thought long and hard about whether it had been earned. We really wanted most of these moments to be earned and not just a delightful piece of fan candy,” McFeely told Variety.

“Honestly, it made me nervous and sometimes, we would bring it up: ‘Do we keep it? Do we not keep it?’ And pretty much we all said, even me, ‘God. I’d rather see it. I’d rather it be in there and make a big conversation and some people won’t think we earned it.’ Everyone wanted to leave it in the movie.”

Added Markus, “People say ‘fan service’ like you are pandering to some niche. I mean, we’ve all seen the numbers that these movies make. The fans are the majority at this point.”

“Fan service is simply honoring the stories that have come before. It’s not like we’re pulling out a tiny Easter egg that only three people are going to get,” he continued. “It’s just tying up the threads; it’s picking up the nuances that have been dropped earlier. I don’t see it as any kind of niche writing.” 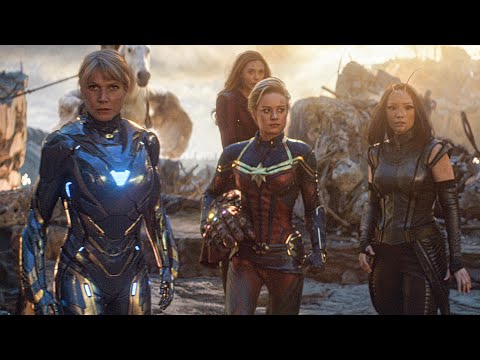