Although Bucky’s action figure was already revealed, Hot Toys just revealed an interchangeable arm that captures the moment when Bucky starts to feel the effects of Thanos’s snap and start disintegrating. 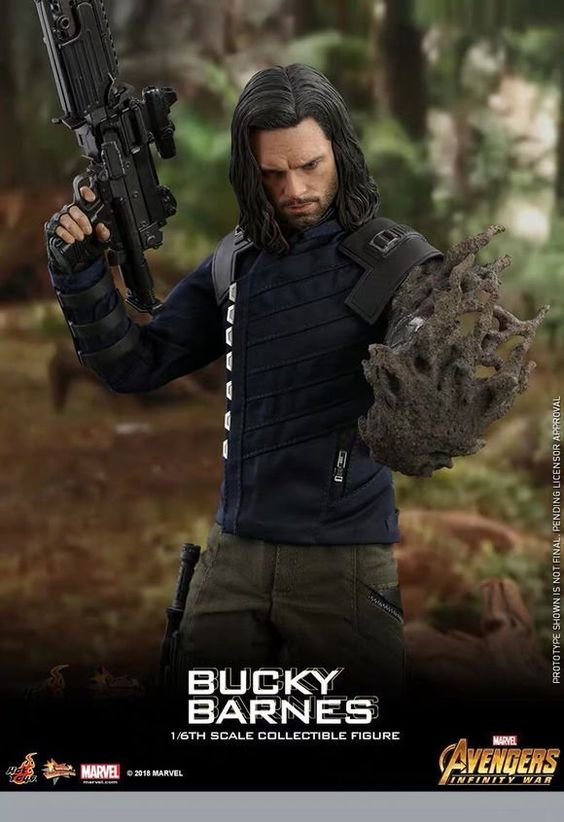 Friend turned foe, and maybe back to friend again, Bucky Barnes remains under the protection of Wakanda. Returning as one of the most conflicted characters in the Marvel Cinematic Universe, Bucky is ready for another fight.

Masterfully crafted based on the portrayal of Sebastian Stan as Bucky Barnes in the movie, the movie-accurate collectible figure features a newly developed head with striking likeness, a finely tailored tactic suit, two highly-detailed prosthetic arms with one arm half turning into dust recreating the mind blowing scene, also with a number of weapons and accessories including a machine gun, a dagger and a specially designed hexagonal figure stand with the movie logo!”

Each piece of head sculpt is specially hand-painted