Babylon 5 reboot making its way on TV network CW with its original creator J. Michael Straczynski. Straczynski as the executive producer through Studios JMS and Warner Bros. Television will produce the reboot from the ground-up. There is not much information about Babylon 5 reboot. However, the current reports say only one change from the original series. Captain John Sheridan will be the lead character in the series, originally played by Bruce Boxleitner. 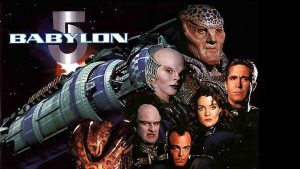 The original series was released in now-defunct PTEN in 1993. However, the show met with allegations of plagiarism. The series creator J. Michael Straczynski said that Paramount- who he tried to sell the idea of Babylon 5- stole the concept for Star Trek: Deep Space Nine.

When looking closely at both shows, there are several similarities. Both shows take place on a space station and a Captain with a mystical destiny. The final story of both shows revolves around fighting a foe- distant and unbeatable. Straczynski says he didn’t sue Paramount because Warner Bros. told him not to. 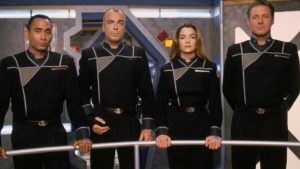 Babylon 5 won two Emmys during its 5-year run and was praised for its cohesive narration over several episodes. This praise came at a time when episodic television was not so common. However, today, episodic television is common and hence it might be tough for Babylon 5 reboot to stand out in the crowd.

There is still no word about the casting. Looking at the original cast, it will be saddening for fans to know that most of them have passed away over the years. Mira Furlan died earlier this year due to West Nile Virus. Richard Biggs died in 2004. However, Michael O’Hara’s death is the most devastating.

O’Hara died due to a heart attack in 2012. Straczynski revealed O’Hara had paranoid delusions while shooting for Babylon 5. Hence he had to leave the show after the first season. O’Hara made Straczynski promise that he will tell his story to spread awareness about mental illness.