Margot Robbie has established herself as one of the highest-paid actresses in the Hollywood industry and is recognized for her work in both blockbusters and independent films. She is starring with Hollywood hunk Brad Pitt in a new epic period comedy-drama film, Babylon. During the press for their new film, the duo opened up about their opinions on the film especially a particular occasion which made both the actors quite surprised.

Also Read: Johnny Depp Might Return For Pirates of the Caribbean With Margot Robbie After Legal Settlement With Amber Heard

Babylon received mixed critics however the movie portrayed the earlier times quite well, especially the wild party scenes which were “wild” as per the actors.

Also Read: Will Smith Was Warned by Jada Pinkett-Smith About Margot Robbie Amidst Affair Allegations While Filming ‘Focus’ Back in 2015

During the Babylon press tour, the A-list actors, Brad Pitt and Margot Robbie revealed about not having to attend such a wild party as the one in the movie’s opening scene. The duo indeed attends parties however they themselves acknowledged having never been to a party that has been on a massive scale.

Talking to USA Today, the 59-year-old actor shared, “That wild? No” sharing his experience of not having been to such parties.

Not just the Bullet Train star, but the latter also emphasized the same. Even though she had prior experience going to such parties before, it was nothing like the one they had at the opening of their latest film.

“I’ve been to some wild parties, but not on the “Babylon” scale. That’s something else,” Robbie shared.

Brad Pitt Was Shocked To Observe Bold Scenes in The New Film, Babylon

The former husband of Angelina Jolie shared that he was shocked to see many bold scenes being in the newly released movie.

“I’ve probably been to parties where a lot of that was going on in back rooms. I just didn’t make it into those rooms.”

“We don’t have that kind of unbridled, debaucherous, Wild West freedom that is described of Hollywood in that time before ratings came in, as they were discovering it as a big business.”

The actor is currently involved in a legal battle with his ex-wife. The actor was devastated when his ex-wife filed for divorce in 2016 however things went on, unveiling different narratives from both sides regarding the custody case of their minor children.

The Babylon movie, directed by Damien Chazelle is running in theatres now. 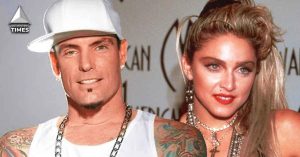 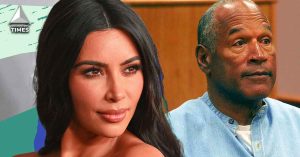 What is Kim Kardashian’s Relationship With O.J. Simpson?