Superheroes, just like other folks, have families or at least someone they look up to as a parental influence. And just like everyone of us, superheroes have disagreements with their families. Parents, by virtue of knowing us so well, can really push our buttons. However, unlike us, superheroes fight with their parents not in the usual way – instead of keeping up the entire neighbourhood, their disagreements can wipe off entire neighbourhoods. Here is a list of the most infamous spats between superhero parents and child: 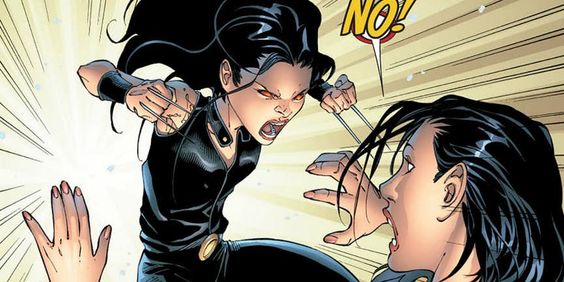 The Weapon X organisation is the evil conglomerate that created Wolverine. Designed to be a kill machine, Wolverine managed to escape along with the prized self healing factor that made him so powerful. As they are just so evil, they went back to work, cloning Wolverine’s DNA and harvesting the genetic code. After trying to create several clones and failing, Dr. Sarah McKinney suggested that they try and make a female clone and hence was born X-23, aka Laura. X-23 was a fine copy of Wolverine, better than him in many ways. She had two sets of bone claws and her makers forced her to have her claws strengthened by adamantium. The operation was gruesome, and Laura was not even put out. In the meantime, McKinney had become somewhat of a mother to Laura. This did not end well, as you can guess. Zander Rice, the leader of Weapon X, used trigger scent to enrage X-23 during which she ends up killing Sarah.

The son of Clark Kent and Lois Lane, he is supposed to have the best of genetics from Kryptonians and humans. Batman seems to believe that the boy will surpass the father pretty soon in terms of raw power. There are believed to be several Jons in the universe, but the one we see in DC Rebirth is a sweet and amiable boy who calls himself Superboy. He fights crimes alongside Damian aka Robin, the son to Bruce Wayne. He does not have a full handle on the powers he possessed yet, and there is also a mental block to using his powers fully. However, when the supervillain Manchester Black hijacks his mind in a brief stint, Black is able to free all his rage and fury and the result is so powerful and explosive that Jon almost ends up killing his father. 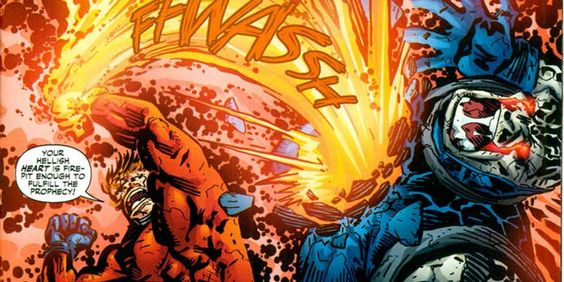 He is Darkseid’s son. Years before, Darkseid and Highfather had struck up a truce to prevent the eventual mutual destruction of each other’s homes. As part of the truce, they exchanged sons to have a bargaining chip in case either of them violated the truce. Orion was thence raised by Highfather, who raised him so as to destroy his own father. Being Darkseid’s son, Orion has a liking for power and bloodshed. He has to control his urges so as to not destroy his own father. This has made him one of the most powerful New Gods of the universe. However, in Countdown to Final Crisis#2, Orion finally goes up against his father as a prophecy had predicted. The fight is so intense that heroes like Superman even dare not go near the energy blasts. The fight ends abruptly when Orion punches out Darkseid’s heart and puts an end to the most evil of the New Gods. 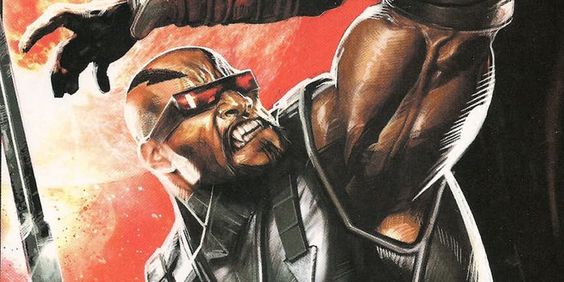 Away from the shiny glamour of heroes like Captain America and Iron Man, the Marvel Universe is a dark and unforgiving place full of dark monsters coming out of the shadows. The cosmic aspect of the place is especially morbid and fascinating at the same time, and Blade is one such creature who embodies the darkness. Blade is a vampire hunter and his horrifying origins first appeared in The Tomb of the Dracula #10 in 1973. When his mother was pregnant with him, she was bitten by a vampire and killed. The child who became Blade was born anyway, acquiring the vampire’s superhuman strength and powers while at the same time being free of all the known weaknesses of vampires. Blade blames himself for the death of his mother, believing that if she had not been pregnant, she would still be alive. Driven
by perpetual guilt, Blade is the bane of all undead monsters. 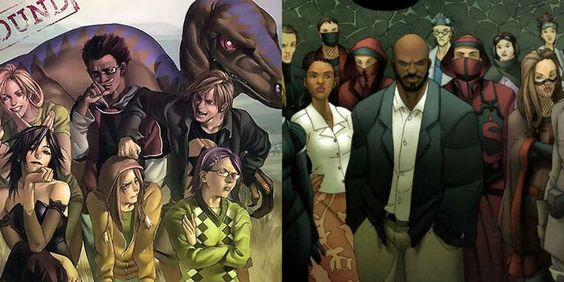