Reeves revealed that the story was set in Batman’s second year, leading to speculations about what happened during that period in the actual comic books. This led to fans speculating whether the story would follow classic comic book arcs such as Frank Miller’s Year One or Mike Barr’s Batman: Year Two.

Reeves dropped this little bombshell while being interviewed by Aisha Tyler:

“You know, for me, because I wanted to get into the mindset of the character, and I wanted to think of the psychology, for me I think one of the cool deep dive ones was Darwyn Cooke’s Ego. He’s confronting the beast that is Batman and there’s a kind of duality. I mean, there’s a lot in what, you know, he’s trying to do in the story about him confronting the shadow side of himself. The degree to which you have self-knowledge, you’re able to understand your motivations, but… he’s broken, Batman.”

Ego and Other Tails 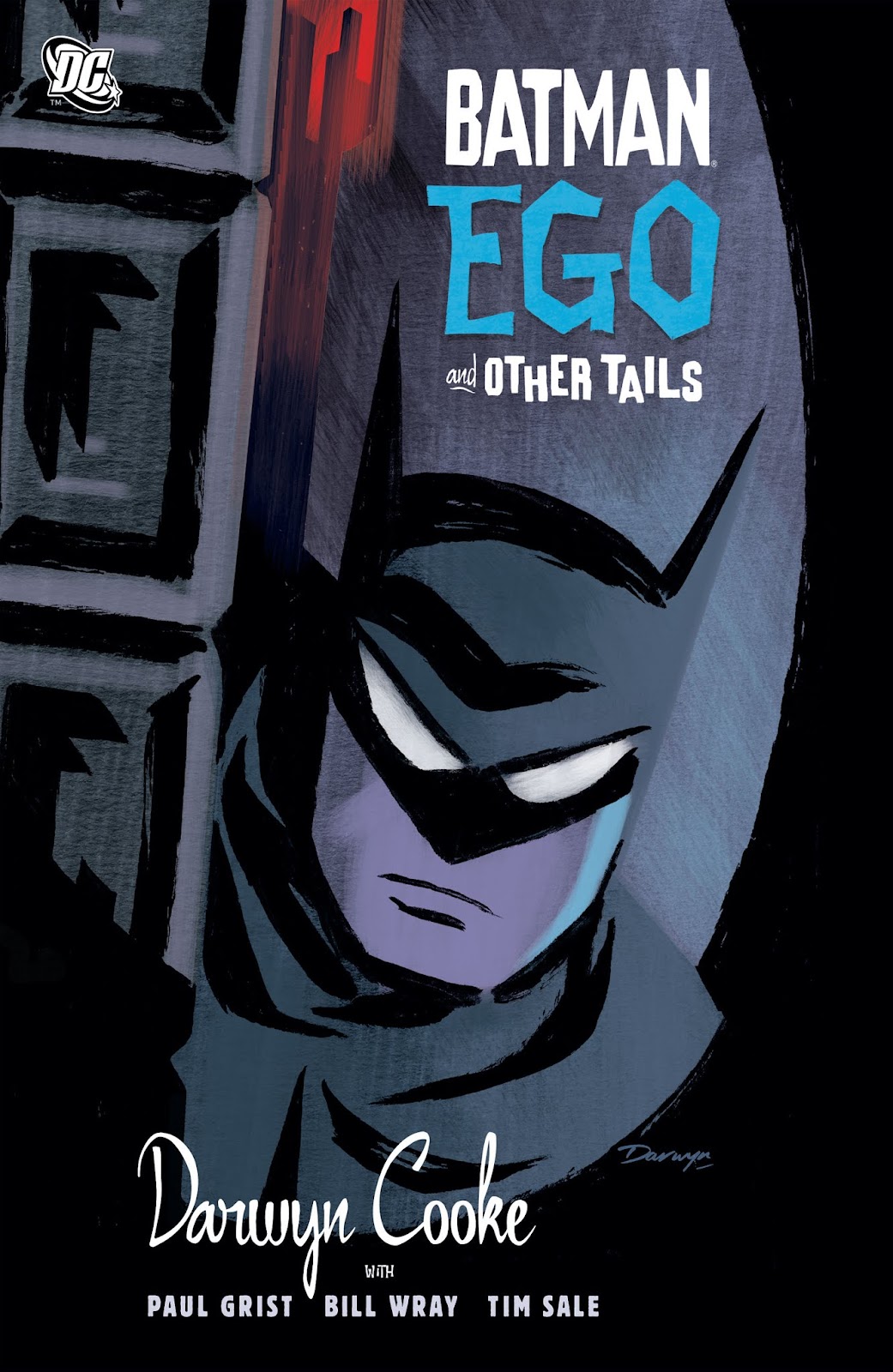 Batman: Ego and Other Tails, while a well-known and celebrated piece of Batman’s mythos is not the most conventional of choices that directors have taken as an inspiration for the Dark Knight. 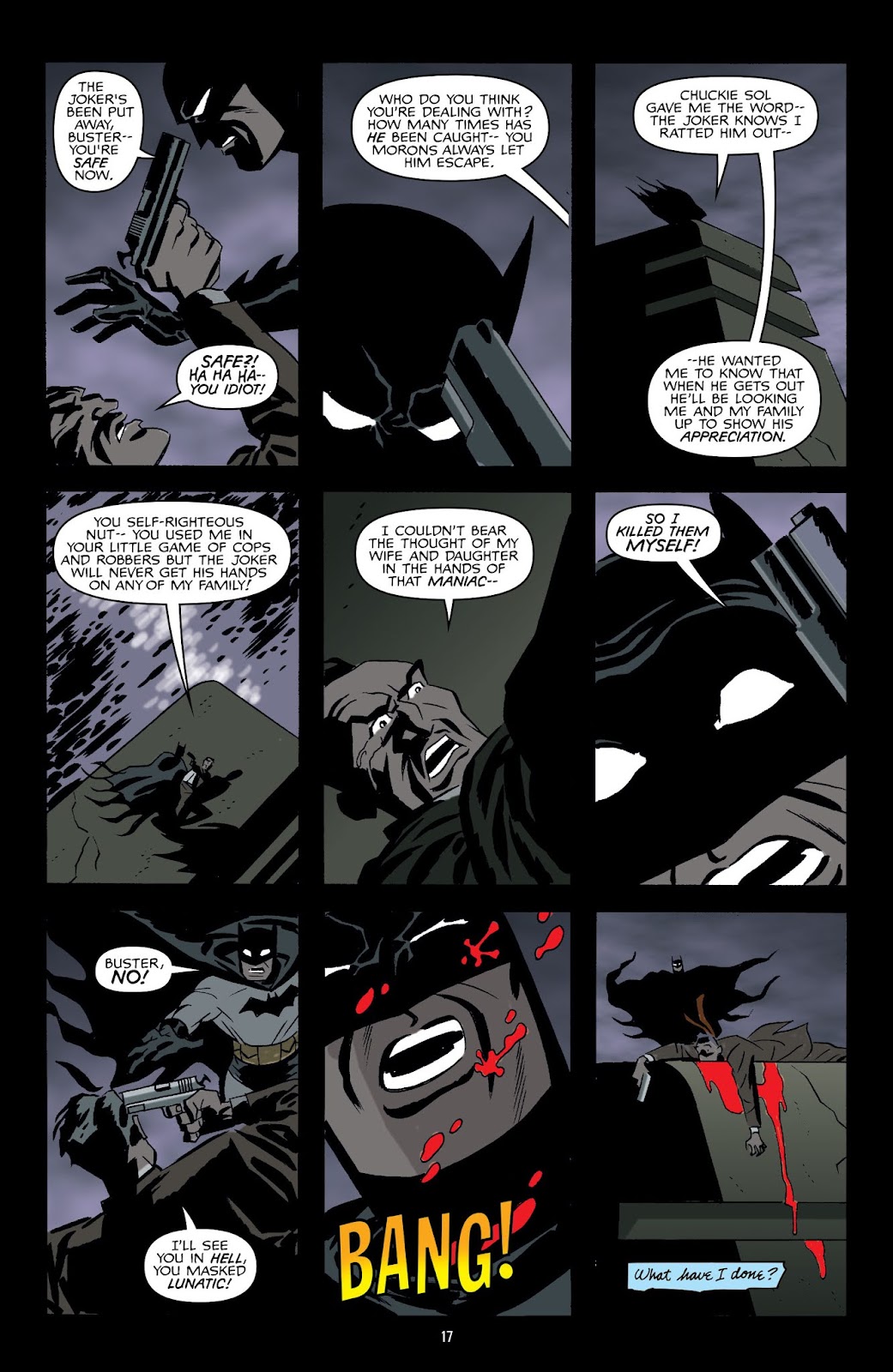 The story follows a wounded Batman trying to save one of Joker’s henchmen Buster Snibbs, from death. Buster had conned the Joker and when he realized his family was in danger, he tried jumping off a bridge only for Batman to save him. When Batman who was battling fatigue confronted Snibbs, Snibbs confessed to everything and shot himself. 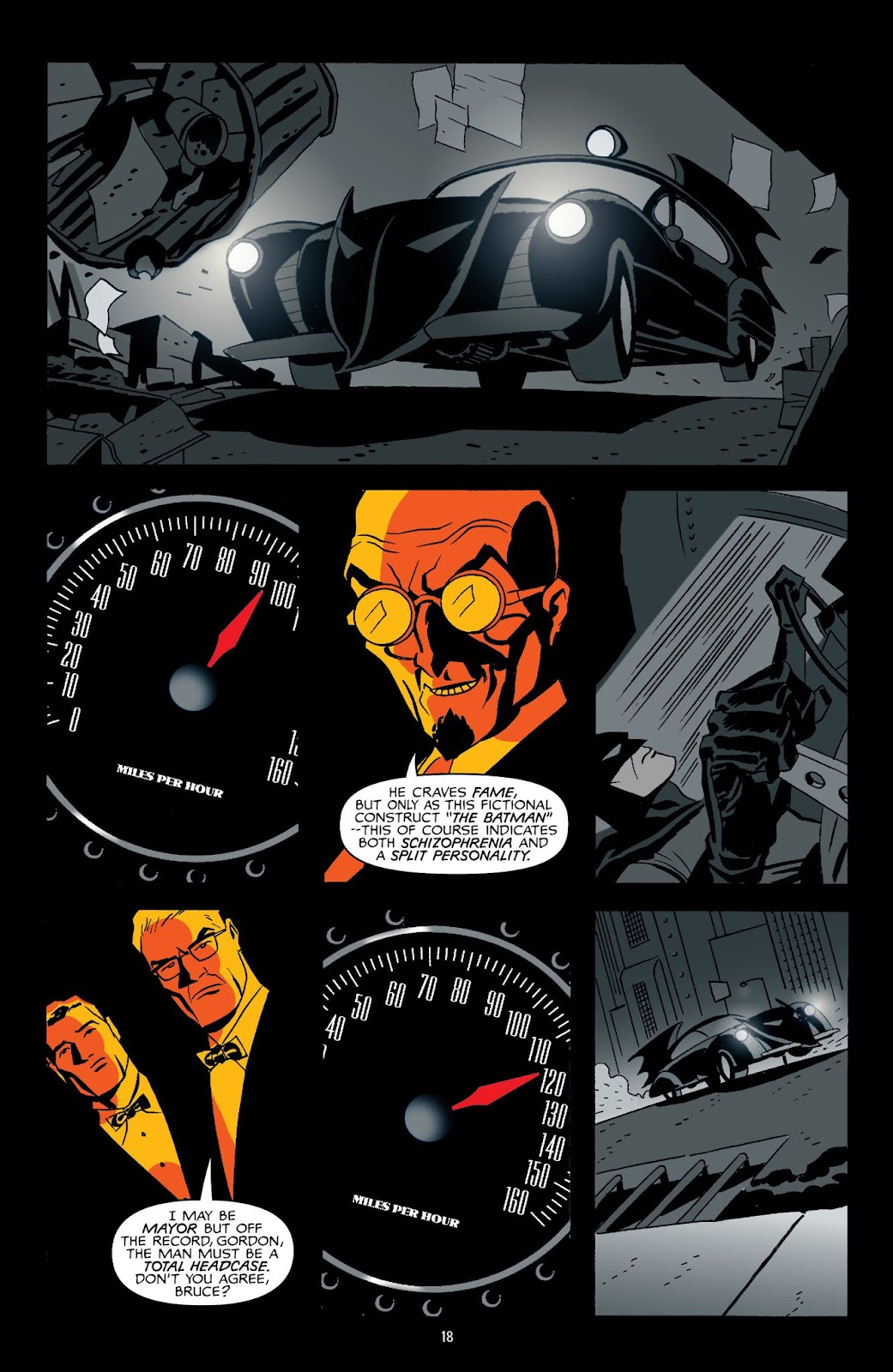 Exhausted, Bruce drives back to the Batcave. He unmasks himself, preparing to wind down. Dr. Hugo Strange makes a little cameo remarking on the dual identity of Batman and his alter-ego. He remarks that it is indicative of Schizophrenia and a Split Personality. 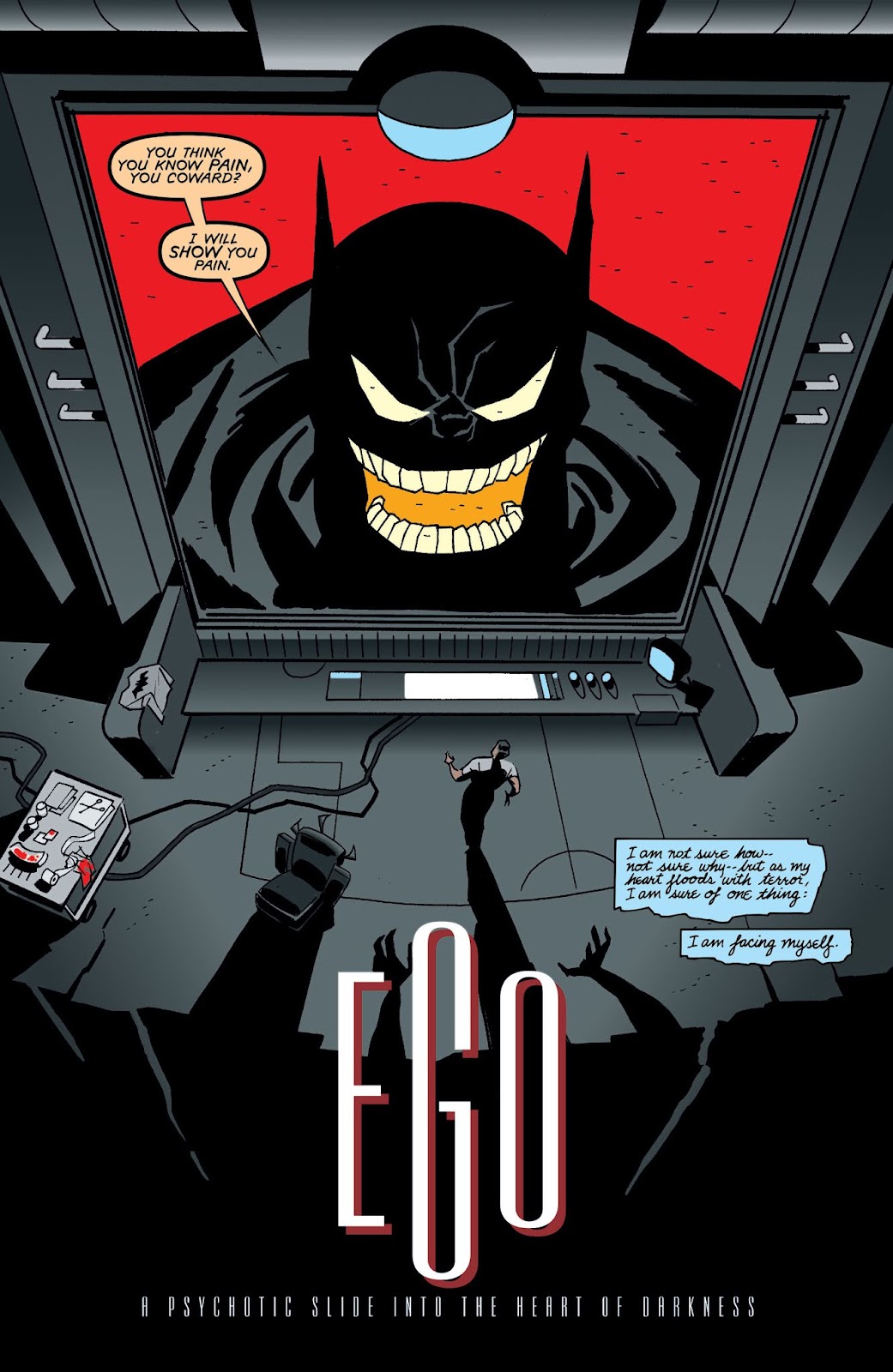 Inside the cave, bogged down by fatigue and blood loss. He is confronted by what seems to be his greatest threat yet: himself, The Batman. 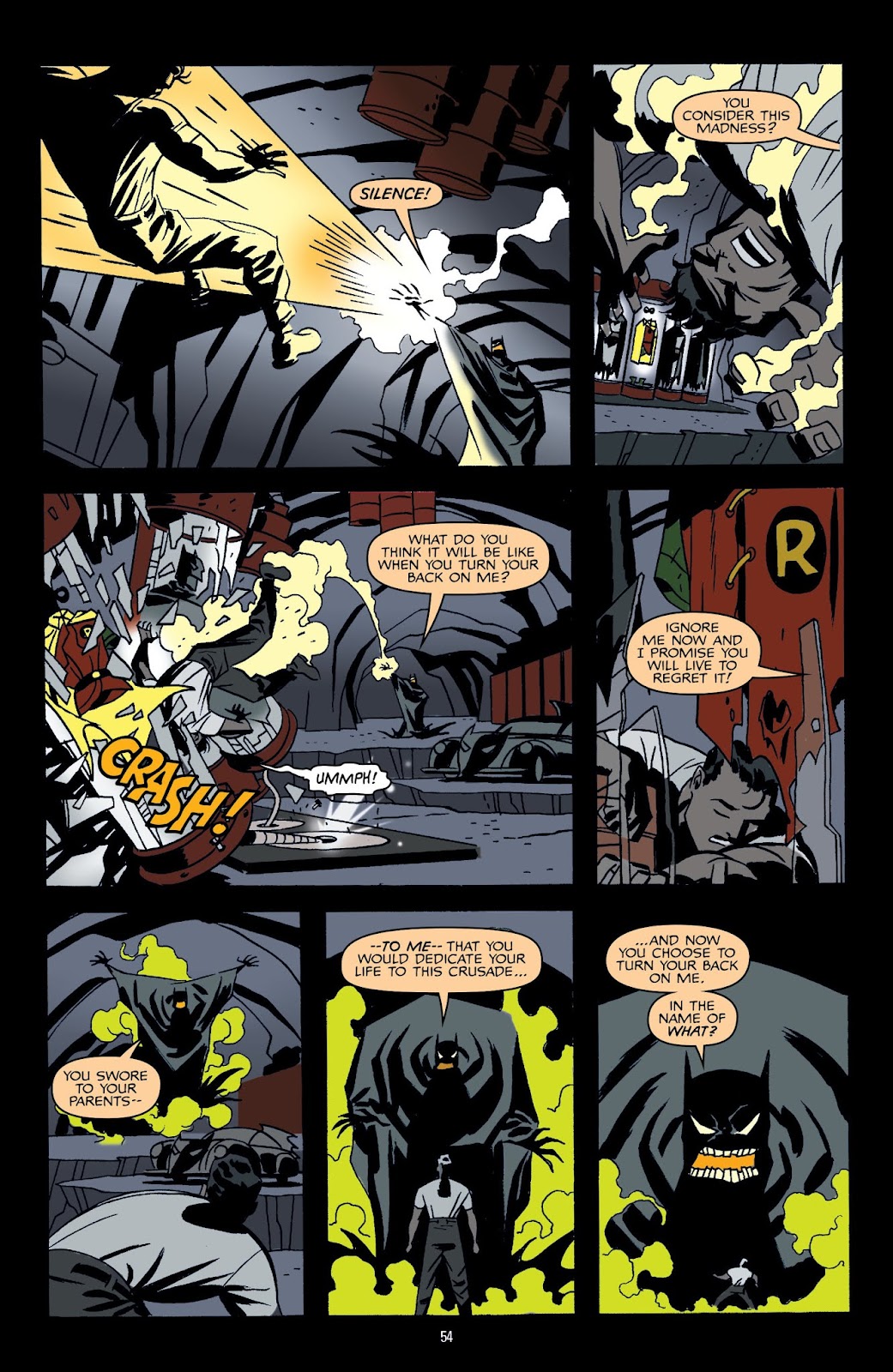 The comic deals with Bruce Wayne, the man, trying to come to terms with the alter-ego he has created to fight crime: The Batman. The comic’s title itself, Ego, is a term used in classical Psychoanalysis as that which mediates between the conscious and the unconscious (a repository of desires and thoughts that may not necessarily be socially acceptable). The Batman here represents the revenge-driven Id, fuelled by the unconscious. Bruce Wayne represents the conscious. This is a conflict between the conscious and the unconscious. Bruce longs for an easier and simpler life, one he could have had with his parents, watching him grow up. The Batman,  on the other hand, a spectral figure chastises him and tells him he’s too easy and that crime must be eliminated. 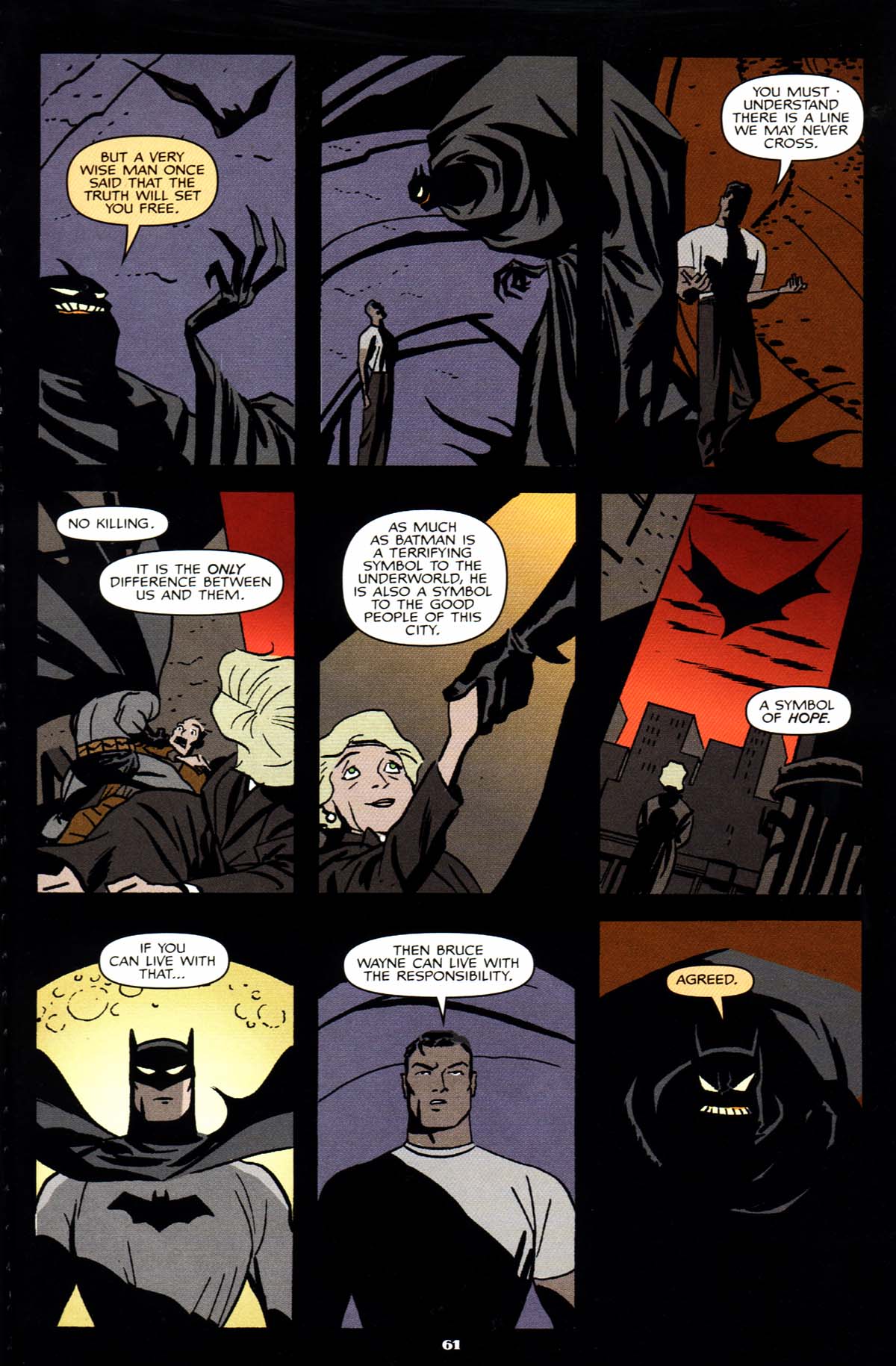 The conflict comes to a close with Bruce and the Batman, both coming to terms with their destiny. Bruce reconciles with Batman with the idea that Batman can be a force of good, of hope, despite being a terrifying creature of the night. He also makes the Batman vow that he will never kill. If they agreed, Bruce Wayne, the man was prepared to live with the responsibility. 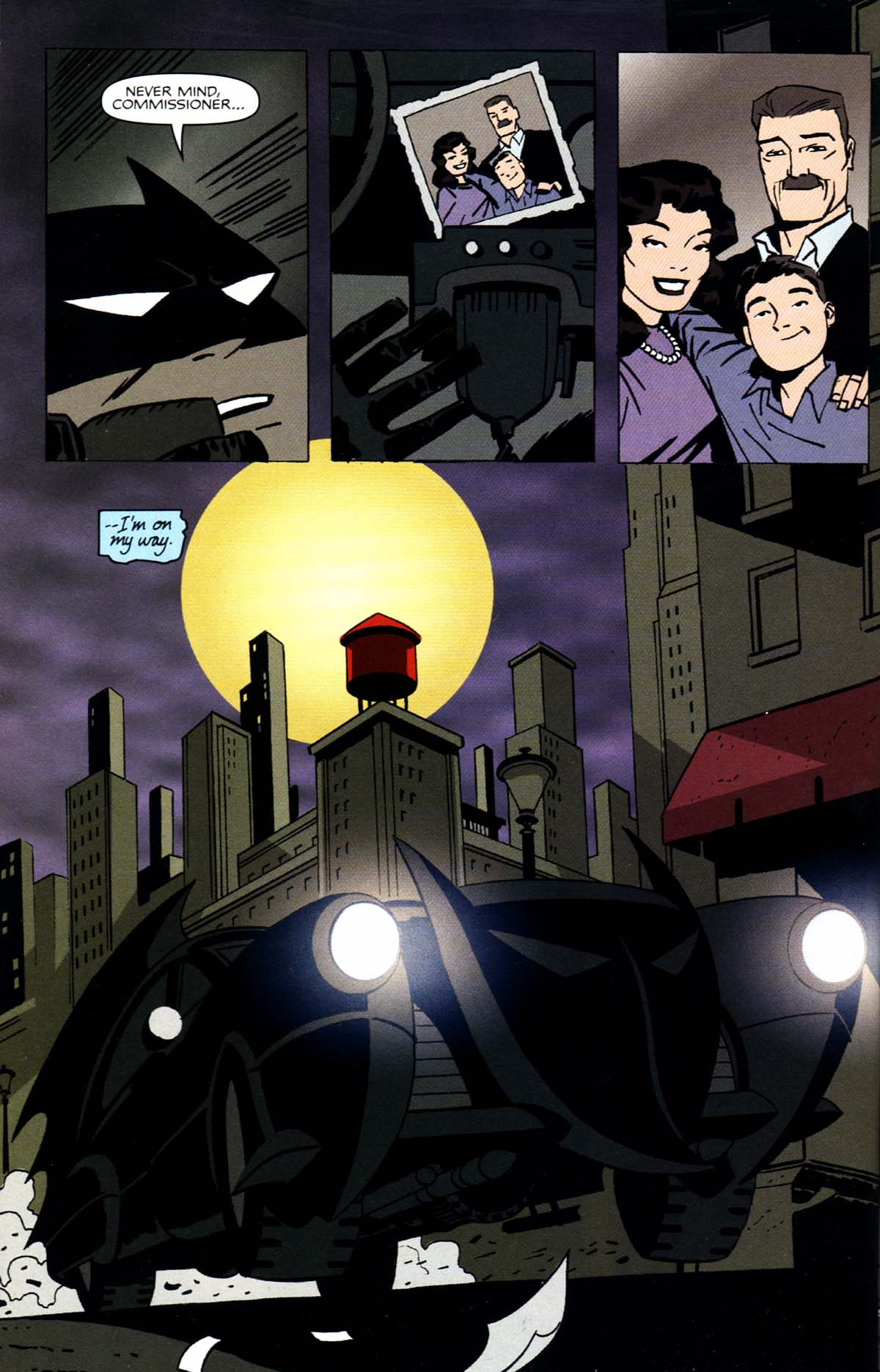 The comic ends with Batman riding into the night, assuring Gordon that the Joker threat would be dealt with and that he was on his way. 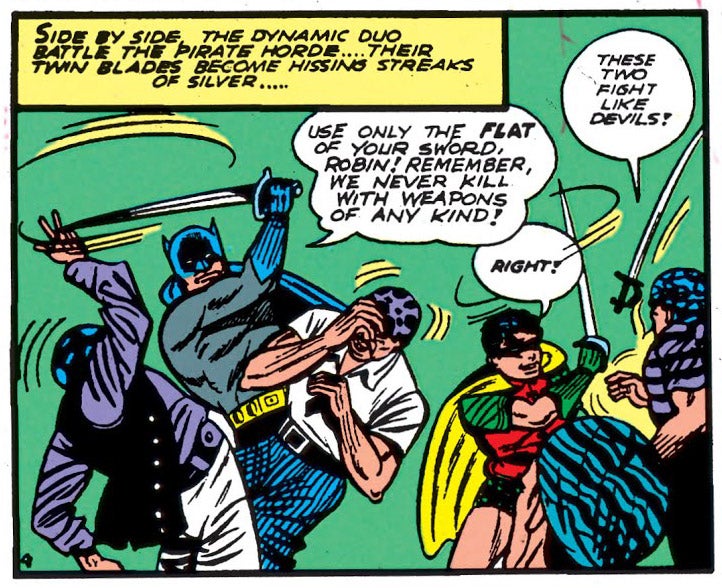 Batman’s no-kill rule has become a famously established trope in the Batman mythos. Reeves, taking this unconventional but relevant source material highlights the kind of superfan Reeves is. This choice of source material shows how well Reeves understands the character of The Batman and his psychology and his desire to portray the character’s internal struggle- one that has experienced and continues to experience trauma in his crusade on crime. It also helps in establishing the difficulty Bruce Wayne has at keeping the Batman in check and making sure that the Batman does not go overboard and turn into one of the monsters he usually fights. Batman: Ego is a wonderful choice to showcase a very flawed, broken, yet very human Dark Knight.

The interesting thing about Batman: Ego was that Matt Reeves already confirmed this in a tweet, way back in 2018.

When asked about his favorite Batman books on Twitter, Reeves replied: “There are many… I love Year One, The Long Halloween, Dark Victory, Ego… Many others… Neal Adams is awesome… Love the original Kane and Finger… I could go on…!”

The other Batman books mentioned are staples among long time Batman fans. 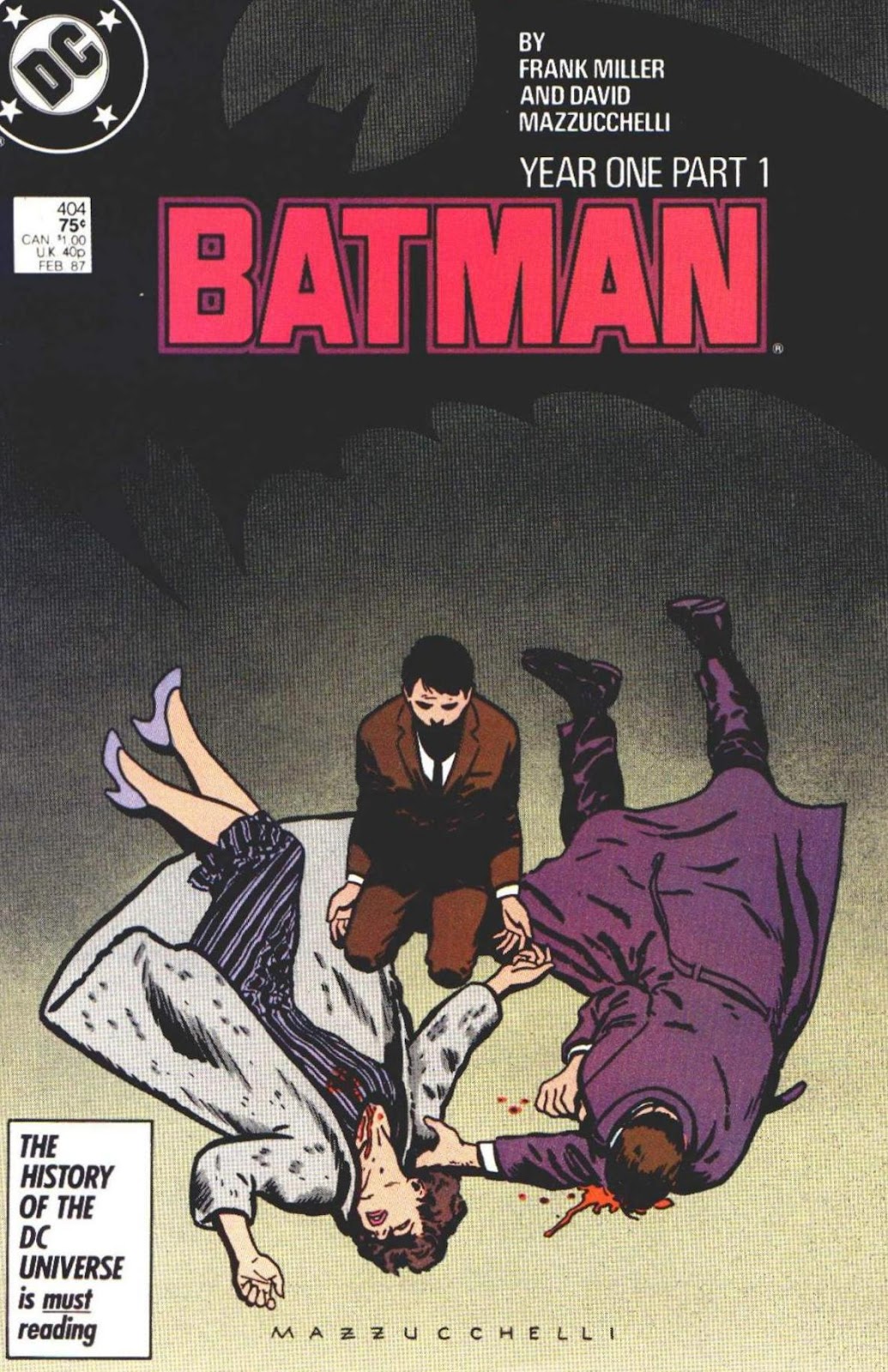 Frank Miller’s Year One is about Batman’s first year fighting crime that has been running rampant in Gotham city. This also inspired the Nolan trilogy as well as two animated movies. 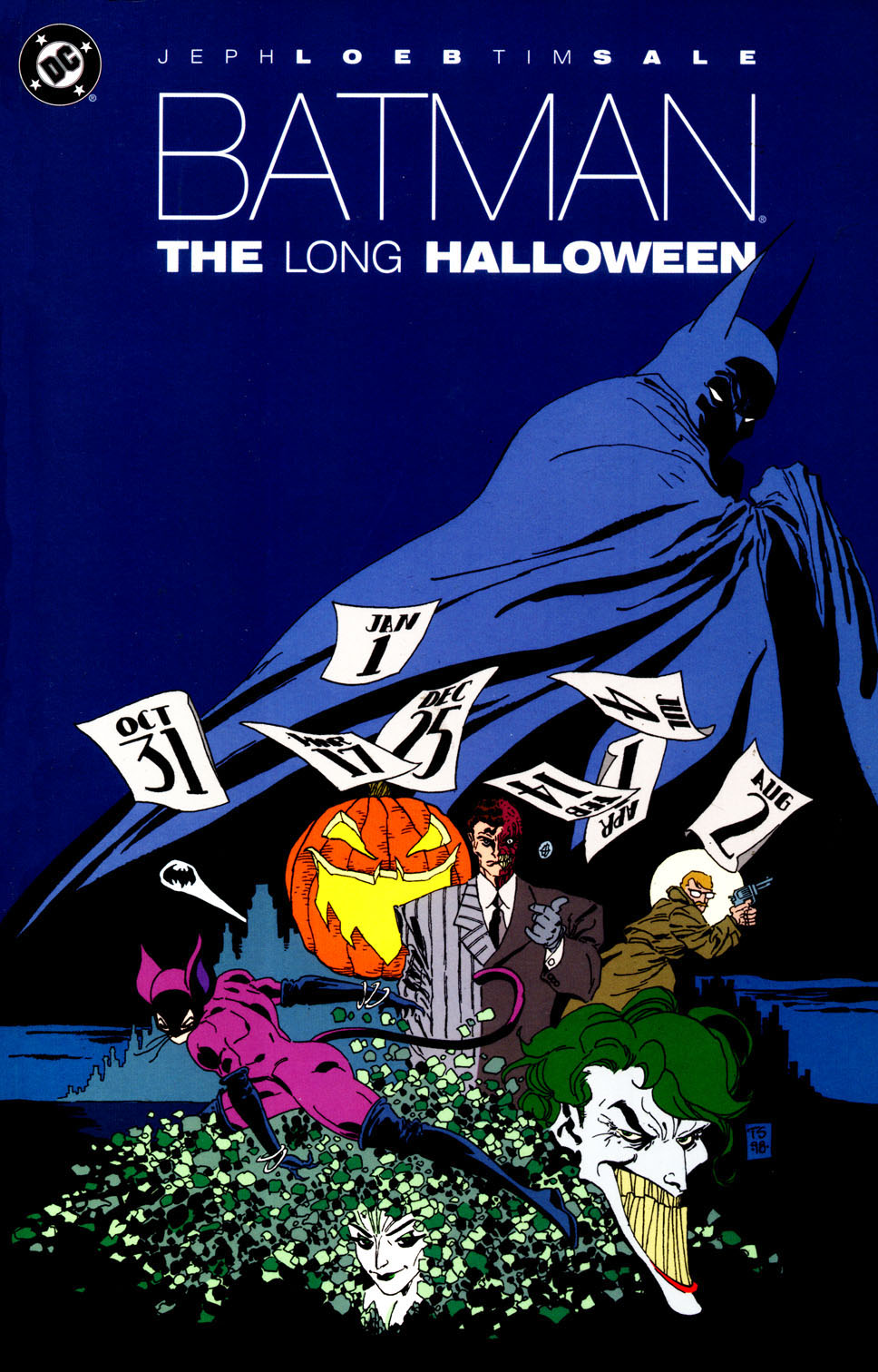 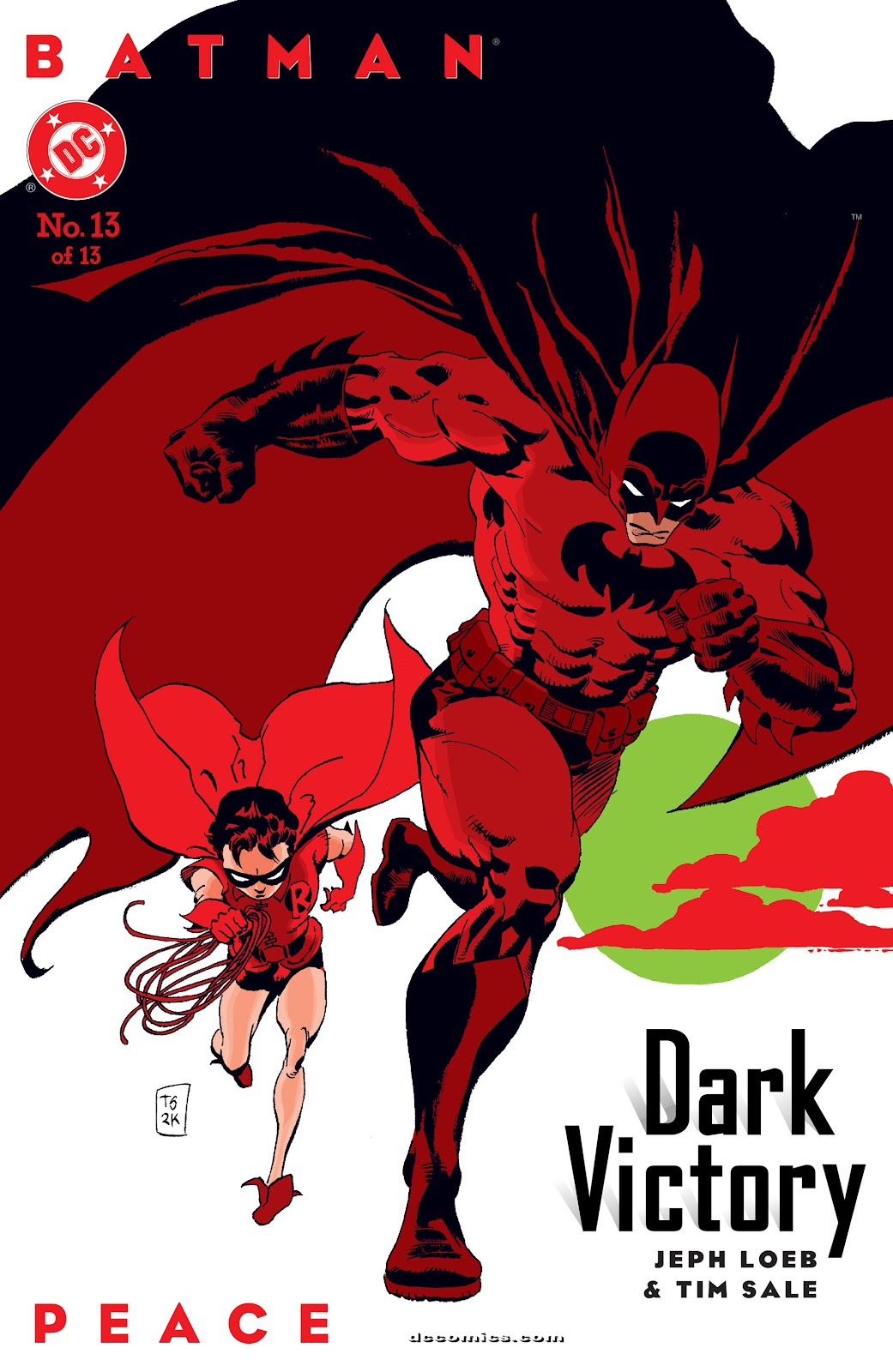 The Long Halloween by Jeph Loeb and Tim Sale chronicles the early days of Batman fighting crime. This also sees multiple villains from his classic rogue gallery including Joker and Penguin and the birth of Harvey Dent as Two-Face. This work inspired the critically acclaimed and commercially successful Christopher Nolan helmed The Dark Knight. Dark Victory is a follow up to the events of The Long Halloween and sees Bruce Wayne taking on crime with the help of his young ward- Dick Grayson, the First Robin.

Matt Reeves seems to have an intense understanding of Batman and what makes the character tick. Given that he has a proven track record in helming franchises and trilogies, fans can breathe a little easier knowing that they have a director who knows his stuff.