Love them or hate them. it’s undeniable that Joker and Batman are one of the best villain-hero pairings in superhero media. While many actors have stepped into the shoes of these iconic characters, but there are two people who are universally loved by fans of the characters. Mark Hamill and Kevin Conroy remain the Joker and Batman for a whole generation of fans. So what’s better to see than the Joker celebrating Batman’s birthday.

Check out all of Kevin Conroy’s Batman roles: 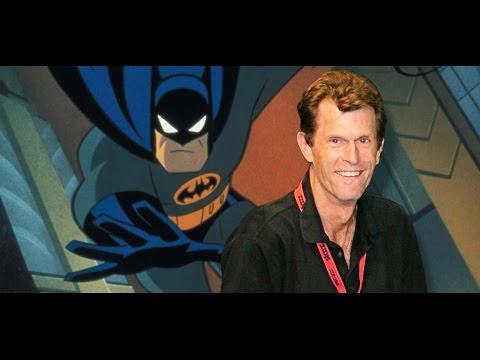 Mark Hamill and Kevin Conroy portrayed Joker and Batman in Batman: The Animated Series. Yesterday was Kevin Conroy’s 64th birthday and so of course his partner in crime, Mark Hamill ad to celebrate it with a great tweet. Check out his tweet below:

SHOUT OUT to @RealKevinConroy for no particular reason other than being vengeance, being the night & for being the best partner a demented clown could ever hope for.
?to?from? pic.twitter.com/Mlp3VSeMPi

Apart from voicing Batman in Batman: The Animated Series, Conroy has voiced him in Justice League, Batman Beyond, Justice League Unlimited and more. But his run as Batman isn’t over yet. He will play Batman in live-action in the mega Arrowverse crossover Crisis on Infinite Earths. He also talked about his experience playing Batman in the crossover. Conroy will appear in the Batwoman part of the crossover. He told Entertainment Weekly:

“I can’t emphasize enough how welcoming everyone was, especially Ruby. She is so open and giving. I just fell into her eyes at one point and we just connected on camera. It was wonderful… I felt like I was working with old friends I’d known for years. There was just such trust there that I could open up to them on camera it threw me at first. I never approached this character from that physicalized aspect. I always just inhabited him with my voice. When you do that in a recording studio, it’s a very intimate experience and you’re sort of living in your own imagination. You do it with your eyes closed and you’re in this other world, and you have Mark Hamill feeding you all the energy you [need], and the other actors (because we always recorded together in the booths).”

“To actually be on the set, in the physical world, and to be walking as the character and inhabiting the character in three dimensions, it was a real transition for me. It did take a while to get used to, I have to admit. I was surprised because I know the character so well.”

Crisis on Infinite Earths will begin with Supergirl on Sunday, December 8th at 8/7c.