It’s just one more month to go for Batman weds CatWoman. Yes, it is true. Bruce Wayne and Selina Kyle are tying up wedding knots this July, and we are really excited to know who is going to be the best man.

In the recently released, Batman: Prelude to the Wedding: Nightwing vs. Hush #1, Bruce Wayne, Clark Kent and Dick Grayson went out for a dinner. However, they find Hush there and the four of them had a discussion over who is going to be the best man for Batman in the wedding with Selina Kyle. 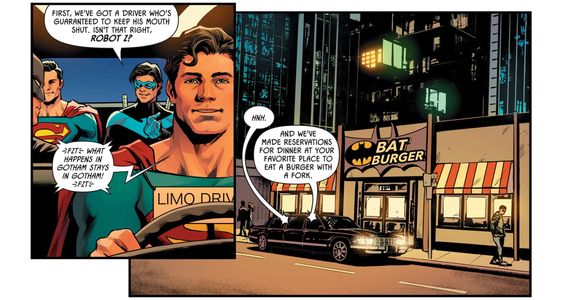 Okay so we at Animated Times knows who is it. So proceed further at your own risk.

We all know that Bruce Wayne is more of Batman than the billionaire Bruce Wayne. And who would Batman pick to be his best man? None other than Superman himself. We all know that they have kicked the hell out of each other in the past, but then that is what friends do. 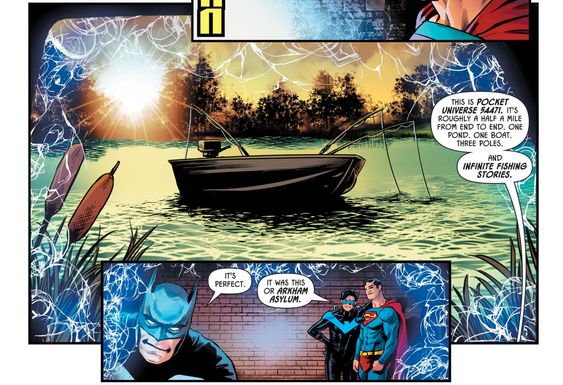 Upon clarification of not choosing Nightwing, Bruce Wayne says that Dick Grayson is still in his learning phase and has got a lot of responsibilities upon his shoulder. And those responsibilities are going to increase once Batman becomes a family man. Bruce made it clear to Dick that he sure is the best friend he ever got, but he just doesn’t want Nightwing to invest his time making the wedding arrangements and ignoring Gotham in the process. 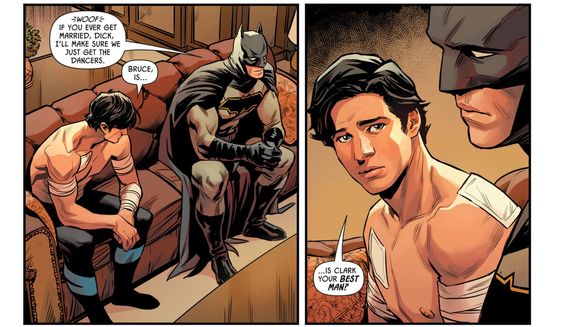 And not only this, Batman has made the majority of arrangements by his own.