DCeased is a story set outside of the current DC continuity. The series has unleashed a plague on the DC Universe, an Anti-Life virus that turns anyone with an Internet connection into a frightening, zombie-like monster. But while DCeased features a terrible apocalypse that has already claimed the lives of many fan-favorite superheroes, it also reflects the current landscape of the DCU: Damian Wayne is Robin, Harley Quinn stands apart from Joker and Lois and Clark’s son Jon Kent is Superboy. 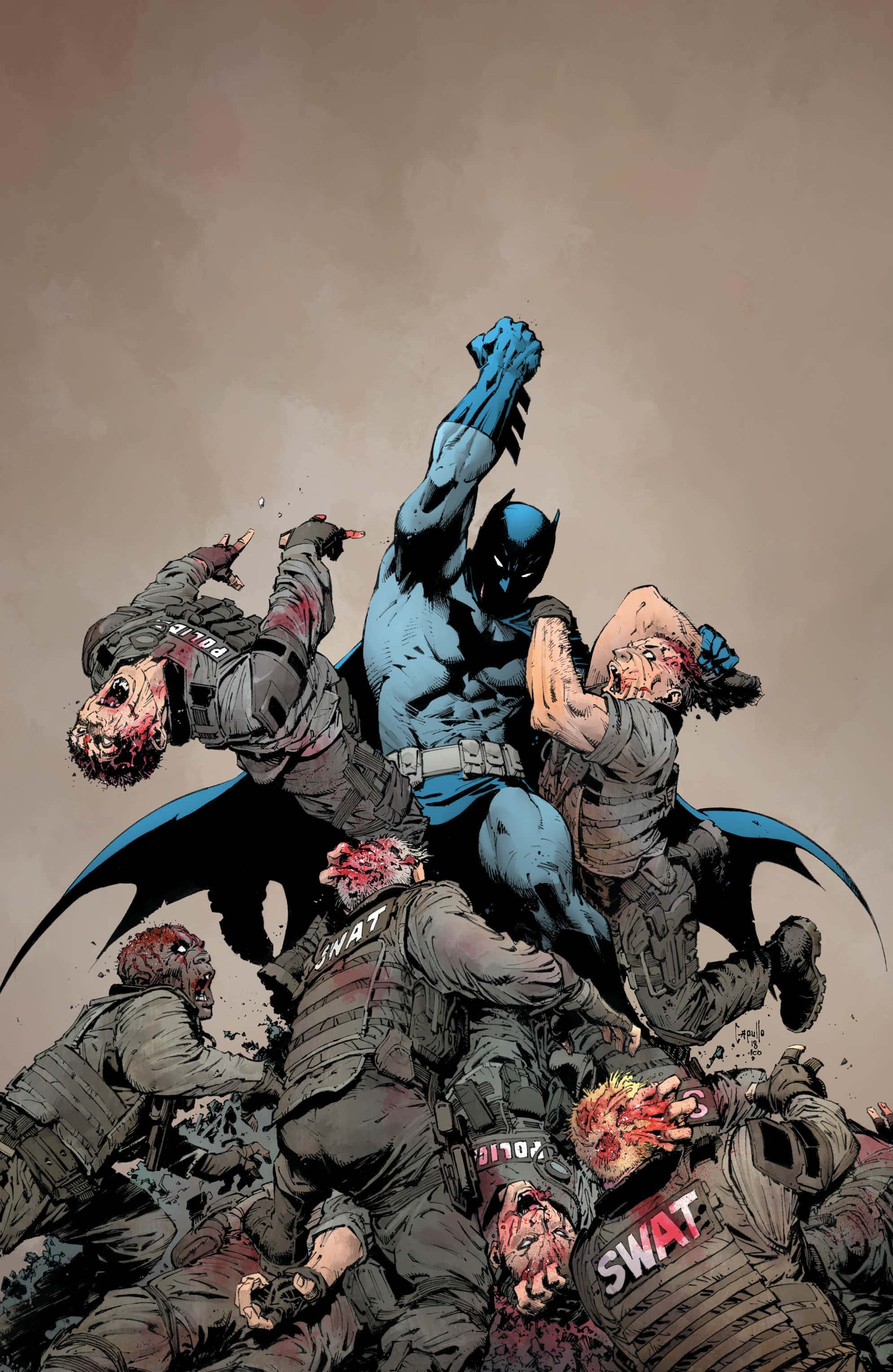 Unfortunately, Batman was one of the first casualties of DCeased after he fell fighting zombified versions of Dick Grayson and Robin. The loss of his father has weighed heavily on Damian, who is part of a group of superhero survivors. Now, in DCeased #4, we learn that, with Batman dead, Damian is Bruce’s chosen successor to the Dark Knight mantle.

Whether in or out of continuity, there have been many instances where Batman has fallen and one of his protégés has stepped up to put on the cape and cowl in his stead. It was even the subject of the aptly titled 2009 series Batman: Battle for the Cowl, which led to Dick Grayson assuming the mantle of the Bat. Many fans agree that Dick, who has spent years both as Batman’s sidekick and as a hero in his own right, is the best — and only — choice to be Bruce’s successor.

However, DCeased reveals that Bruce’s teen son Damian is actually his chosen successor. In the issue, the group of survivors, which includes Superman, Wonder Woman, Black Canary, Green Arrow and Damian, come under attack from a zombified Giganta. Eventually, they defeat her, thanks to a bit of help from a batwing plane that joins the fight. Once the battle is done, Damian rushes to the plane in the hopes of finding his father alive — but it’s actually Alfred who climbs out, holding a suitcase marked with the bat-symbol.

Will Damian choose to accept the suit or be Robin forever?

Alfred then opens the case to reveal its contents: Inside, there is a new bat-suit, which comes with the obligatory batarangs and utility belt. “He said you were worthy of it,” Alfred explains, implying that Bruce always meant for Damian to follow in his footsteps, should anything happen to him.

Since Alfred brought this emergency suitcase with him, it appears as if a bat-suit tailored to Damian’s size had already been designed. This likely means that Bruce, who plans for any and all eventualities, planned for his son to be his successor should the worst happen.

Now, as the issue ends, Damian has yet to put on the suit. Will he actually accept his father’s gift, or will he choose to remain Robin instead? Damian has always joked that he was the only one worthy of following in his father’s footsteps, but now that the moment has finally come, what will he do? With Bruce dead and the planet at the mercy of an apocalyptic plague, the world sure needs Batman now. More than ever.