The Nineties were a fun and to be honest creepy times to be a kid. There were so many genuinely creepy shows that scared the living daylights out of us.

Here we list out some of the greatest 90s Children Horror Shows ranked by IMDB ratings. 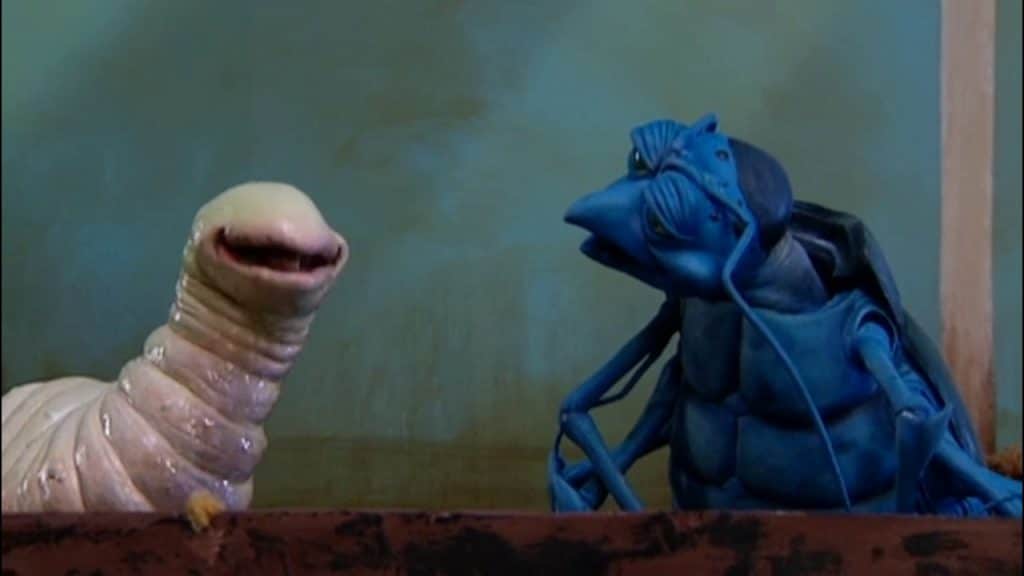 Freaky Stories was a series of short stories that were told by the hosts of the show – Larry de Bug and Maurice the Maggot.

The show covered from urban legends to serial killers and mythical creatures. The music and the animation style were unique and way ahead of its time.

The stories were made short and crisp and that was the series’ USP.

Freaky Stories aired on YTV. It has a very loyal fan-base even today.

The show was known to take advantage of viewers’ short attention spans, creating episodes that were short in length to cater to a niche audience. 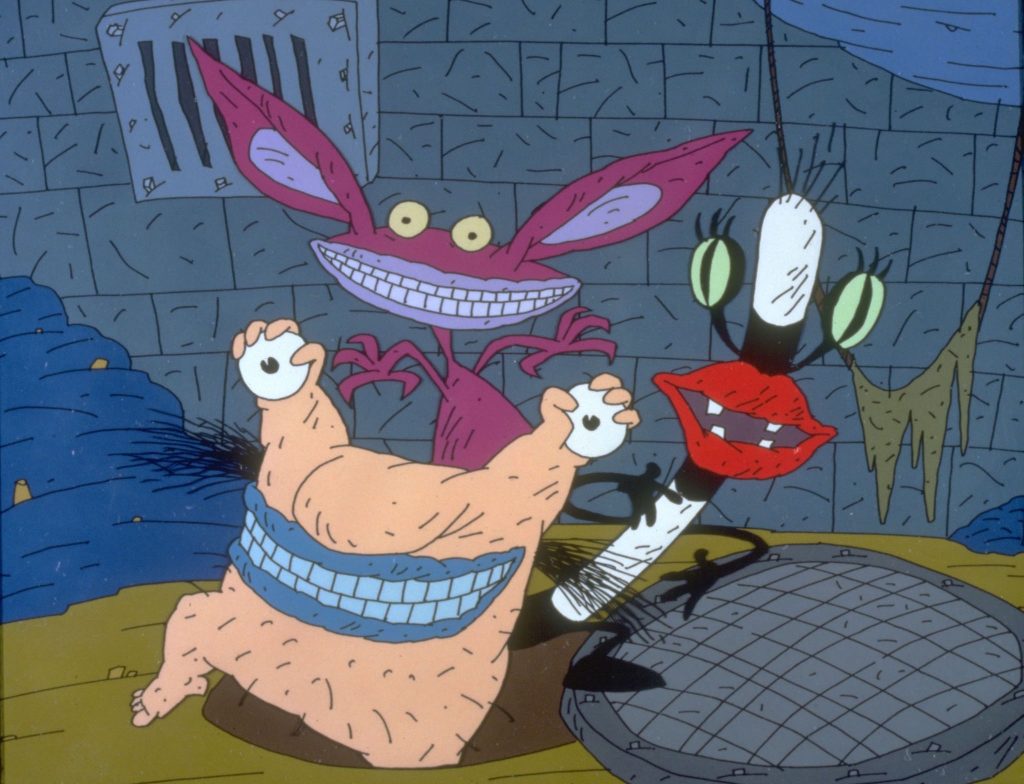 Peter Gaffney and Gabor Csupo created the show for Nickelodeon. It had four great seasons and a very good run.

The show had three lead characters. Ickis, Oblina, and Krumm were up and comic monsters trying to make it big as “Scarers”.

They lived within New York City’s Dumps. Fans of the show take notice of the show’s exceedingly well-placed usage of dark humor and hidden pop-culture references.

The big screen and small screen industry are seeing a surge in reboots of the classic show.

We would like it if anybody picks up this show and re-imagines it for a new audience. 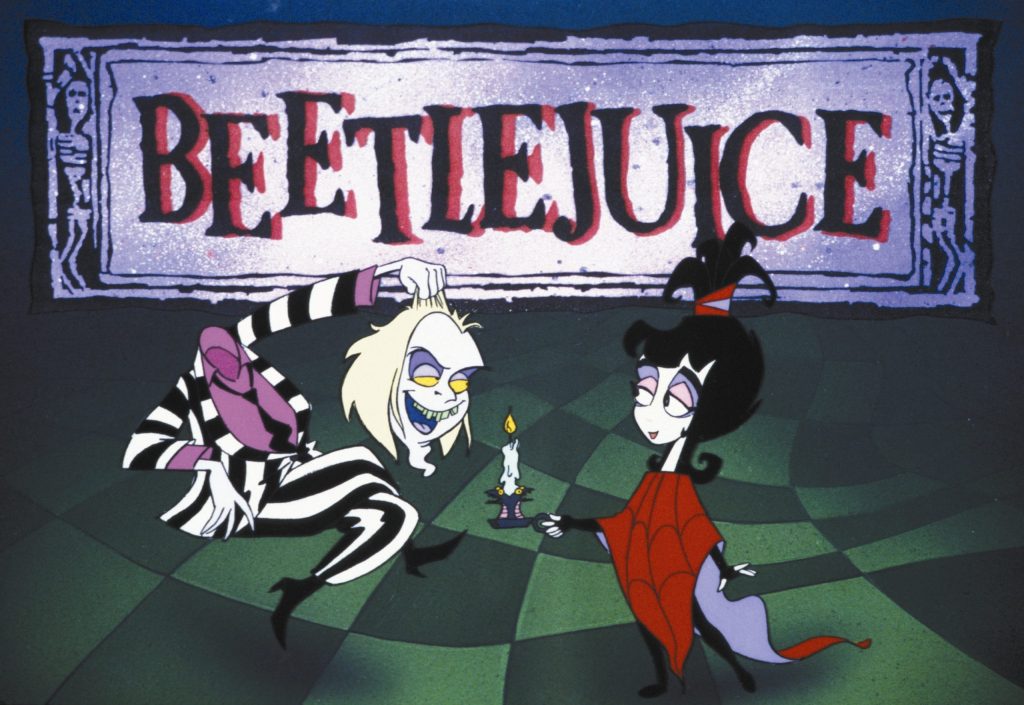 The spin-off series from the movie of the same name, Beetlejuice featured Alison Court and Stephen Ouimette as the lead characters Lydia and Beetlejuice respectively.

The show took many creative liberties, changing the story from the original movie.

Lydia and Beetlejuice were friends who would frequently venture into the Netherworld in search of adventures.

Beetlejuice was more of a trickster than a villain and the Maitlands were not present in the animated show.

The show is known to have a spooky premise and developed very creepy characters that quickly became fan-favorites. 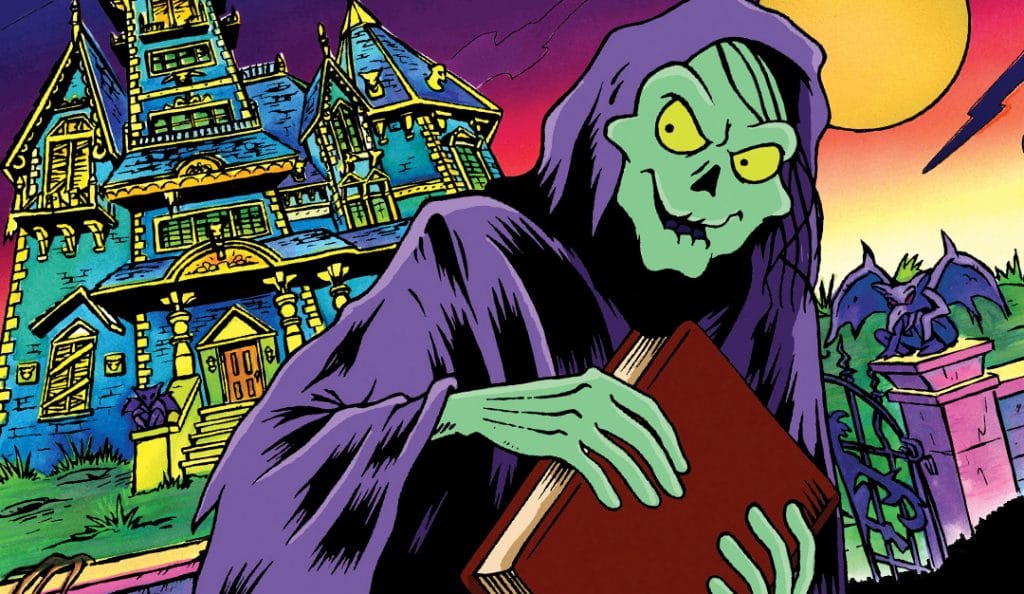 The premise was very similar to the source material.

Taking leaves from the EC Horror Comic book series of the same name, the animated series told the story of the Cryptkeeper telling many short stories to the viewers.

There were two new characters introduced into the Tales From the Crypt Universe.

The Old Witch and the Vaultkeeeper wanted to usurp the Cryptkeeper.

The series was drastically toned down to cater to a younger audience. Tales From the Cryptkeeper came laden with twists and good characterizations. 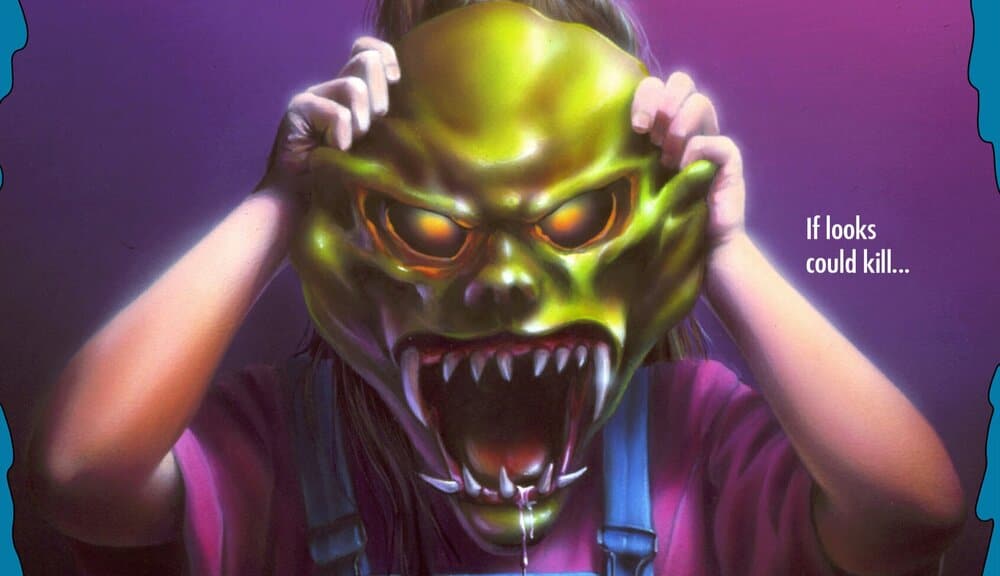 The Goosebumps franchise now has a respectable presence in both the movie making and the TV industry.

It all began with the TV Show adaptation of the same name.

To make sure it remained within the children’s classic genre, thee show incorporated humor into the episodes.

The show was cheesy and corny but it worked. Goosebumps is now more or less a household phenomenon no thanks to this show. 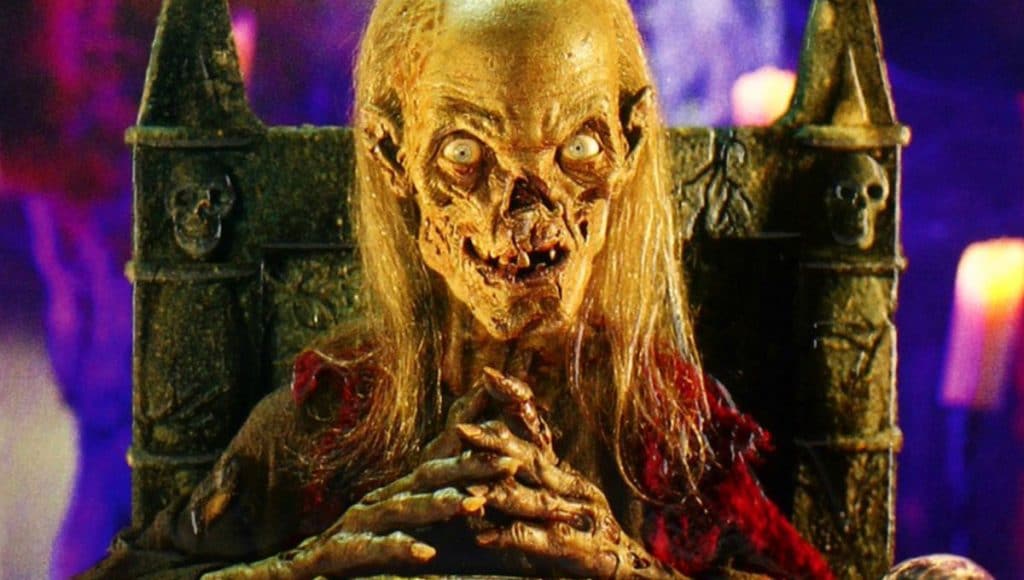 One of the most Disturbing shows ever, for many people who spent their childhood in the early ’90s Tales From the Crypt remained the stuff of nightmares.

The show was not just menacing, it was weird too. The original program ran from 1989 to 1996. It was a cult classic show of its time.

Brad Pitt, Demi Moore, Tim Curry, Whoopi Goldberg, and John Stamos have all been a part of the show.

M Night Shyamalan is reportedly rebooting the series. We never know how it might get with reboots generally not being up to the mark of the predecessors.

Let’s hope it will be as equally creepy as the original show.

Related: 10 Horror Movies To Give You Nightmares If You Liked Insiduous 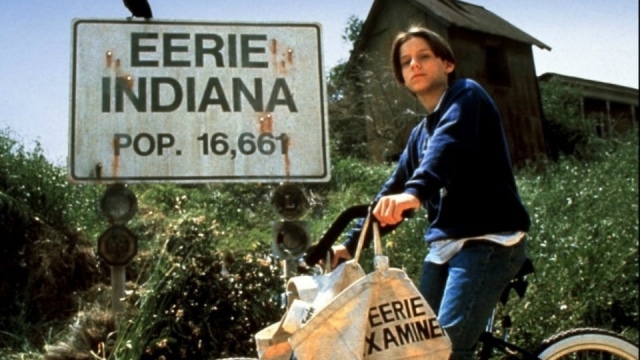 The show only ran for one season. But it gave us a lifetime worth of memories. Omri Katz played teenager Marshall.

He had recently moved to Eerie, Indian along with his family.

Making friends with Simon Holmes, Marshall explores the neighborhood to realize Eerie is a hot-spot of supernatural activities and weird happenings.

The show took us through stories that brought to light several urban legends such as an alive and kicking Elvis Presley and the Bog-Foot.

The show had a sequel series called Eerie, India: The other Dimension. It aired in the year of 1998. 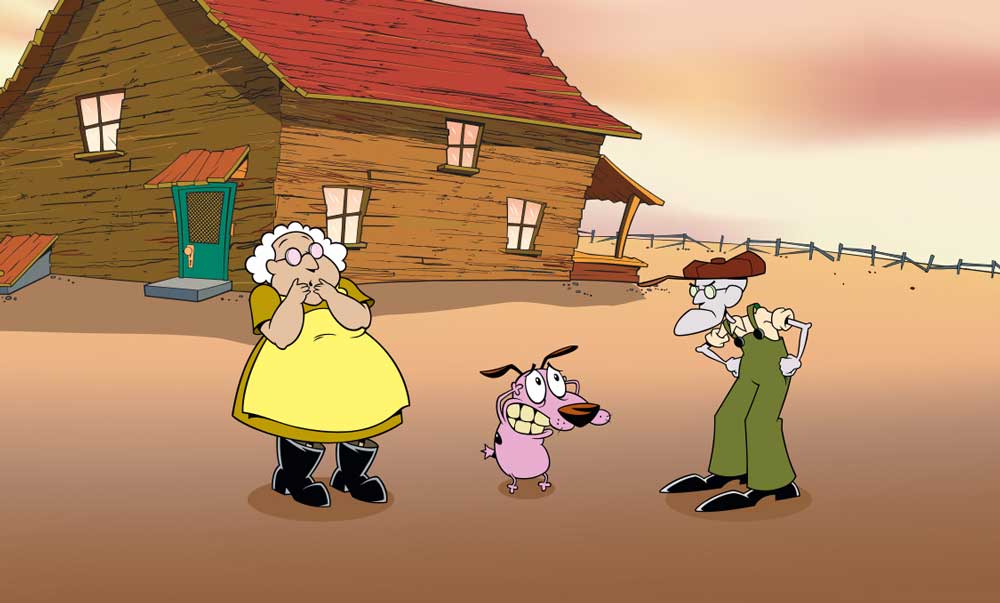 Whoever gave this show a PG rating should be fired!!

This show was a pure nightmare.

While it did have the fan-favorite pink pooch that fixed everything in the end, the show had its fair share of monsters.

The story involved a dog who is well…a coward. Yet life keeps throwing situations in his ways that make him grab the steering wheel and get his hands dirty to save the day.

Courage the Cowardly Dog is a cult classic. They do not make shows like them anymore. The show was known for its weirdly creepy animation and setting. 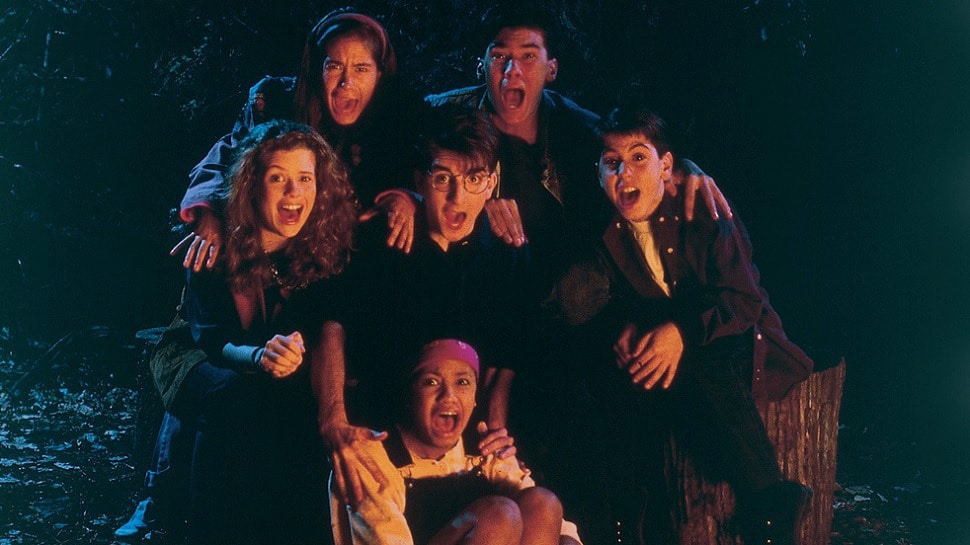 The original show aired in the year 1990. The series was later given the green signal for multiple sequel shows.

It ran till 1996 and told the stories of the Midnight Society, a late-night gathering of folks who would tell spooky horror tales.

The show’s introduction and the opening sequence itself made it very horrifying.

The stories were nothing like Goosebumps. They would sometimes have unexpected twist endings and the tales were genuinely way scarier. 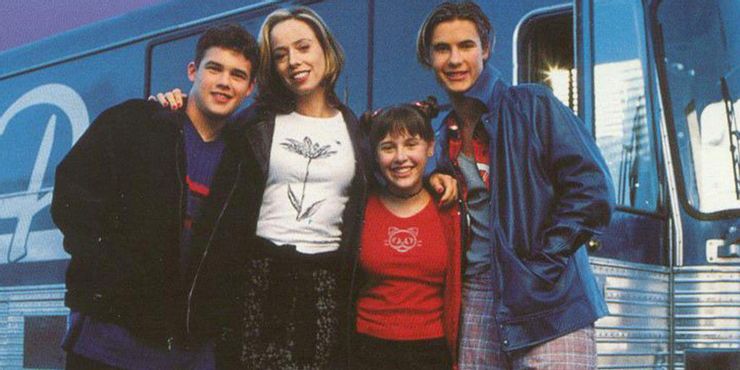 This show technically aired from 1999 to 2001. But it still qualifies for this list.

The show was just what it sounded like. Although it aired on Disney Channel, it was anything but family-friendly.

You would see that a lot of the shows on this list will have Canadian roots. Canada probably has a thing for creeping out young kids.

So Weird was their brain-child. The show ran for three seasons in total.

The first two seasons are hailed as masterpieces, featuring Cara DeLizia. The third season was their Jump the Shark moment. Alexz Johnson could not live up to Cara DeLizia’s mark.