While End of the World movies have an appeal of their own, let’s go a little further and see the world after it ended. Or well… didn’t end I guess? 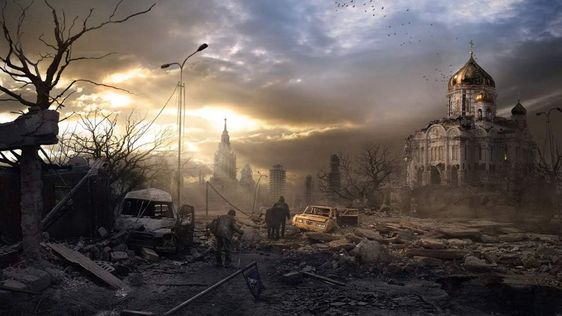 Post-apocalyptic movies have stories of perseverance, determination to find something better in life, and a lot of hardships.

Audiences have loved these stories that bring about showcasing the lives of survivors after they faced apocalyptic level disasters.

While some managed to hit the ball out of the park in their depiction, some barely managed to hold on to the audience’s attention.

So let’s check out some of the best and worst post-apocalyptic movies from the last two decades.

Contagion is a thriller movie, whose story tackles a worldwide pandemic, much like we are facing right now.

The story follows an outbreak that kills individuals in short stretches of contamination period and delivers a tense and seizing mystery. 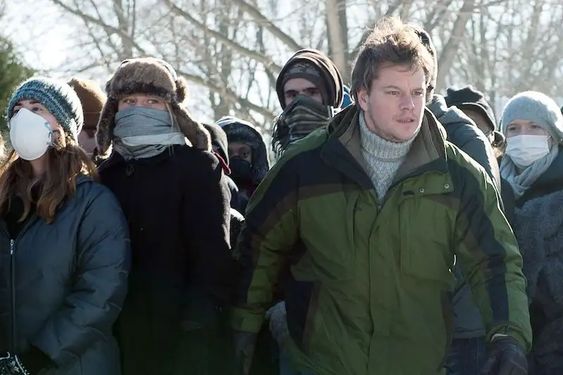 Oscar-winning Steven Soderbergh (known best for the Ocean’s films) directs as we watch regular individuals adapting in the midst of emergency while medical experts scramble to discover a cure for this deadly virus.

The book – The Fifth Wave, was a best seller from Rick Yancey. Unfortunately, the movie The Fifth Wave was full of plot holes and succumbed to being directionless.

Despite Yancey himself being on the screenwriting team for the movie, it could not get the audiences to commit. 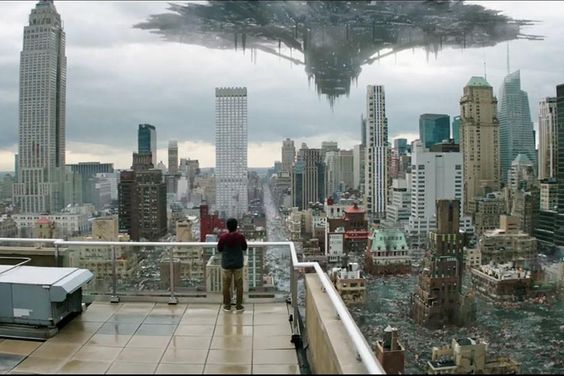 Despite having a good cast like that of Liev Schreiber and Chloe Grace Moretz, who actually did perform well enough, the story felt like something we had seen a million times before, with not much to set it apart from the rest!

The world is a little different after a Zombie outbreak. But instead of The Walking Dead, you get Zombieland – with some hilarious situations starring Woody Harrelson, Emma Stone, and Jesse Eisenberg, amongst others. 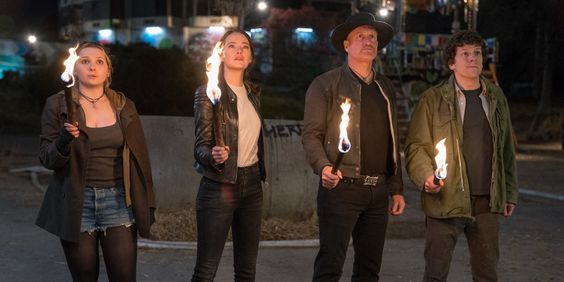 It’s a feel-good zombie apocalypse movie if that makes any sense! The characters are forced to team up to kick some butt of the undead roaming the world and make the audience laugh while doing it.

And that epic finale at the amusement park will always be a thing to remember!

In a film that encapsulates the expression “climate crisis”, extreme weather breaks out over the nation — from cyclones to blizzards.

In New York, a group of survivors come together in the New York Public Library and begin to move in the direction of their safety.

A young Jake Gyllenhal stars as the son of a paleoclimatologist, played by Dennis Quiad.

And they set out to stop the storm ravaging the world, hoping to save it before its plunged into another ice age. The story unfortunately, did not have the intended effect, and ended up being an average view at best.

This dystopian futuristic movie came out before the trend began to adapt every dystopian novel.

The story sees a world where all the women are infertile and have lost the ability to have children. At the center of it all, is one pregnant woman. 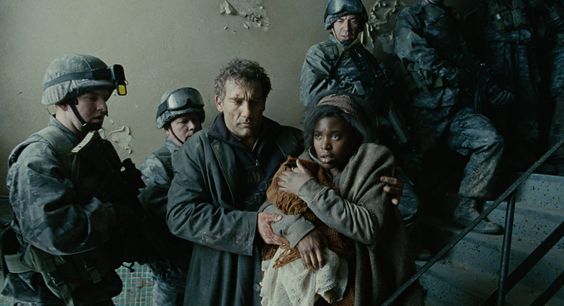 This Alfonso Cuaron directed movie stars Clive Owen who is in charge of transporting the miraculously pregnant woman to safety, and keep her out of reach from all those who want to take her baby away.

The movie is as gripping as it is heartfelt and ultimately an amazing watch!

Occurring in a dystopian, technological not so distant future, Babylon A.D. failed to provide anything exciting to its viewers.

Centered around a nun entrusted with ensuring a young girl who might be carrying a deadly virus, the movie stars Vin Diesel as a hired mercenary employed to capture the girl. 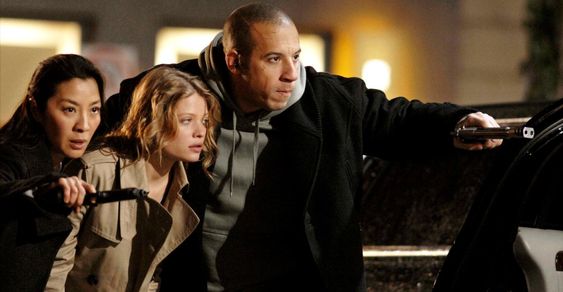 The movie contains a lot of at time unnecessary action, mostly in slum filled Russia.

From themes of extreme technology, it starts going in the direction of clairvoyance and even some biblical intonations and feels like its getting pulled apart from all sides!

This movie has the actors playing themselves, but their completely out of the box satirical versions.

James Franco throws a party where buddies Jonah Hill, Seth Rogen, Jay Baruchel, Danny McBride and Craig Robinson are all in attendance, amongst his other celebrity pals. 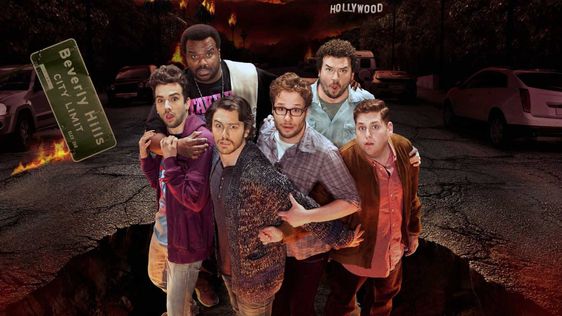 The movie is really a laugh riot, with some horror elements embedded in. The end of the world happens, and this group of friends try to survive as everything comes crashing down around them. One of the most innovative comedy movies made, this is a must watch!

Left Behind, the film based on the best selling novel by the same name, brings the prophecies outlined in the New Testament’s Book of Revelations to life. The Rupture occurs, and souls that are saved go to heaven, while the rest are left behind to fend for themselves. 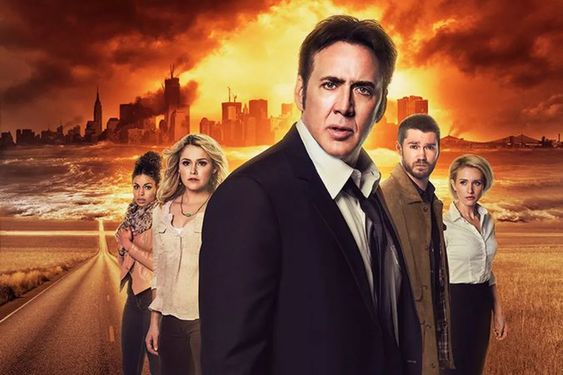 Nicholas Cage stars as a pilot, who is mid flight when the Rupture occurs, and all the kids and most adults just disappear into thin air. And no! Thanos did not snap his fingers. The plane almost crashed while trying to land and so did the movie, and got plastered into the asphalt!

This Goerge Miller post-apocalyptic film starring Charlize Theron and Tom Hardy sees enslaved apocalypse survivors breaking free from their ‘prison’ and doing a cross-country drive across the Australian deserts on a monster truck. 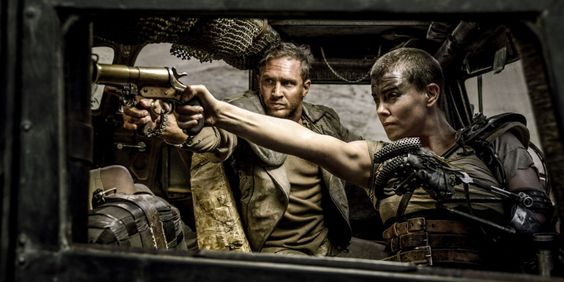 Containing some amazing and awe-inspiring cinematic moments, the movie is probably one of the best post apocalyptic movies of the 2000s. Full of action and violence, all the while having a heartfelt story at its core, Goerge Miller managed to produce yet another Mad Max that blew the audience away!

A big star cast, but poorly written Future World, follows the Prince out in the world trying to save his ailing mother – The Queen.  There are Warlords and Druglords and robotic assassins in search of their souls. And of course a not so ‘epic’ battle to save humanity! 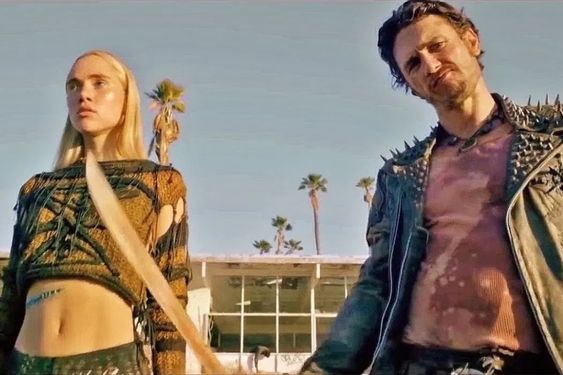 Although the movie might have started off well, it has a lot of flaws – almost the size of Antarctica. The ending too, feels quite rushed.  And for the lack of better words, the movie lacks a plot, convincing characters and is disjointed at best!