The Marvel Cinematic Universe TV series that landed on Disney+ has helped the franchise introduce some of its best characters. While the established characters like Wanda Maximoff and Clint Barton got an opportunity to develop their personalities, the highlight has been the addition of new personalities in the universe. Each and every single Marvel and Disney+ show has brought at least one character who wasn’t there in the MCU before. With that being said, these are some of the best characters introduced in every Marvel Disney+ show this year –

One of the most prominent things that Marvel and Disney+’s WandaVision did was highlighting characters like Vision, Wanda, Darcy Lewis, Jimmy Woo, and Monica Rambeau brighter. However, there remains no doubt in the fact that the best part was the addition of Agatha Harkness into the MCU. Played and portrayed by Kathryn Hahn, Agatha Harkness appeared as Wanda’s neighbor. Moreover, the way the series unfolded the fact that she is a witch was really intriguing for the fans to see on screen. As a result, she quickly becomes fans’ favorite and is highly expected to get her solo release soon.

Unlike any other Marvel and Disney+ show, The Falcon and the Winter Soldier was highly dependent on its existing characters. These included characters like Sam, Bucky, and Sharon. However, Karli Morgenthau was an intriguing addition to the series. A more intriguing addition was John Walker. With that being said, Walker appeared to be the right one to take over as Captain America. But apparently, his struggles led him towards getting snapped.

Next on the list is Marvel and Disney+’s Loki and the way it introduced the new characters into the franchise. While the only pre-existing character in the show was Loki, AKA the God of Mischief, each and every single character apart from him was new to the Marvel Cinematic Universe. However, they still managed to connect right with all the MCU fans. With that being said, it was Jonathan Majors who debuted as He Who Remains in the MCU. He apparently was the one who was behind the Time Variance Authority. Precisely, He Who Remains managed to captivate the Marvel fans in a way that only one single episode was sufficient for him to portray all the charm he got.

While the entire concept of Marvel and Disney+’s What If…? was to dictate stories of characters from alternate realities, most of them looked almost similar. However, it was Captain Carter and Star-Lord’s T’Challa who managed to become the most likable characters from the show. On the other hand, it was Doctor Strange who apparently had to witness Christine Palmer’s demise. This event led him to a villainous and dangerous path. With that being said, the events ended with him becoming the Strange Supreme. This version of Doctor Strange is indeed powerful and will soon be going to appear in Doctor Strange in the Multiverse of Madness as well.

Last but not least, the main plot of Marvel and Disney+’s Hawkeye has been Kate Bishop and her journey of becoming the next great archer. With that being said, as soon as the character appeared on screen, she managed to become fans’ favorite because of her desire to become a hero with a plucky attitude. This is apparently what made her get accepted as Clint Barton’s partner in the Marvel Cinematic Universe. Moreover, the chemistry between Clint Barton and Kate Bishop has been quite intriguing for the fans to enjoy on-screen.

Additionally, Kate Bishop has been the funniest character ever appeared in the Marvel Cinematic Universe. Perhaps the reason behind this is her quick-witted nature and sarcastic nature. Above everything, Kate also highlighted an immense amount of bravery while going against Kingpin. Now fans are really thrilled to see more aspects of the relationship and chemistry between Clint Barton, Kate Bishop, and of course Yelena Belova.

Most Powerful Members Of Marvel's A-Force 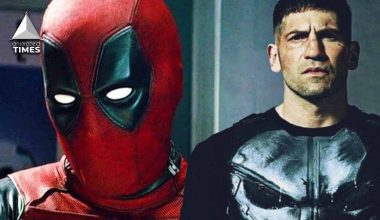 Read More
James Gunn thinks that some characters from the MCU will eventually lead towards making an R-rated movie. But… 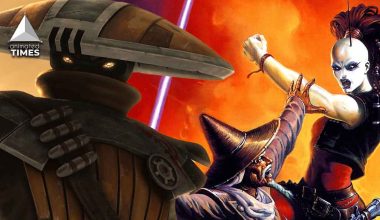 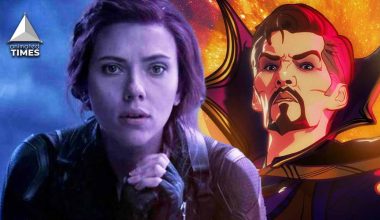 Read More
The Marvel Cinematic Universe has finally introduced the Marvel Multiverse with Spider-Man: No Way Home and the announcement…