Marvel Comics has a long history of presenting Christmas and holiday-themed stories to its customers. The publisher has done this over the years through recurring series and specials, resulting in a large number of stories, some of which are more remembered than others, whether traditional or not. Throughout the years, the Marvel characters have appeared in a variety of weird Christmas stories, some of which are new spins on classic tales and others that are wholly unique. 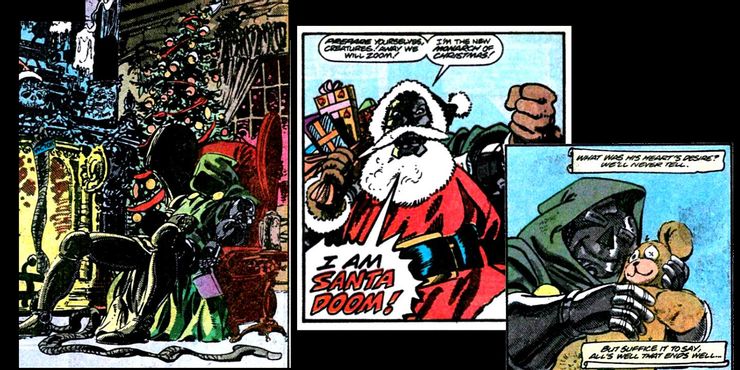 The novella, written by Scott Lobdell and John Byrne, features the Marvel Universe’s least likely replacement for Jolly Ole’ Saint Nick. Doctor Doom, the scourge of the Fantastic Four, is tasked with delivering toys to the children of the world on Christmas Eve when Santa is trapped in one of his castle traps. Santa persuades Doom to accept by providing him with his heart’s desire and then transforms himself into Santa Doom using Santa’s attire and a fake beard.

Santa Doom’s Christmas adventure pits him against the Fantastic Four and the Avengers, as well as delivering coal to a variety of criminals. Following his recovery, Santa fulfils his promise by giving Doom a teddy bear. As Santa prepares to return home, Doom sends him out with a frightening farewell, referring to him as a future opponent.

Marvel Holiday Special 2005 – Yes, Virginia There Is A Santron 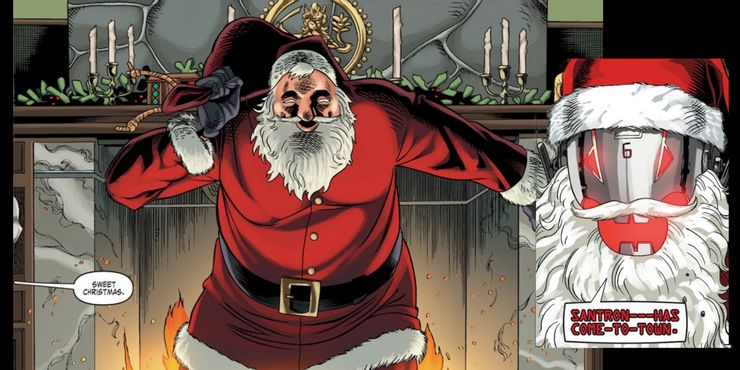 The Avengers’ robotic antagonist Ultron crashed the Holiday party in the Sanctum Sanctorum as Santron in Jeff Parker and Riley Brown’s 2005 vignette “Yes, Virginia, There Is a Santron.” The advent of Santron isn’t the only odd occurrence at the heroes’ annual celebration; Dr. Strange must deal with a carnivorous Christmas tree, and Tony, Logan, and Steve Rogers are constantly hitting on Mary Jane and Jessica Drew.
After Santron comes, deeming the Avengers to be all wicked, he attacks them, only to be stopped when Spidey gives him a cookie, thus completing the robot’s requirements. Santron was a defeated version of Ultron reprogrammed by Virgie Hanlon, a former Stark employee who was teased as a child for her belief in Santa Claus. Santron is destroyed in the end, and Captain America convinces Virgie that believing in Santa is fine. 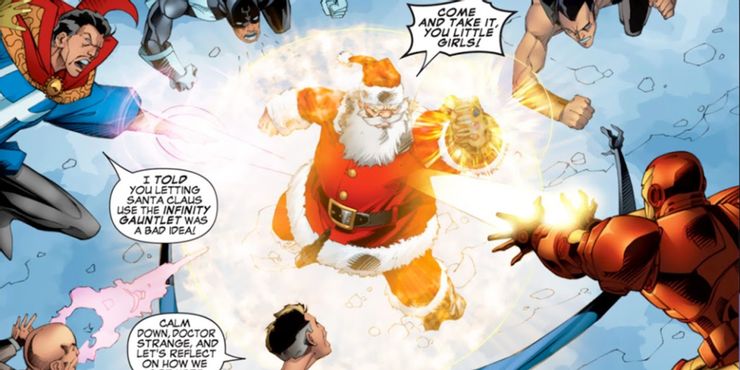 Thanks to Marvel’s Illuminati, the secret organisation representing the many factions of superheroes in the Marvel Universe following the Kree-Skrull War, Santa once had and wielded the Infinity Gauntlet. In the two-page narrative by Brian Reed and Val Semeiks, Santa visits the gang after learning that his reindeer are Skrulls.

Santa is granted permission by the Illuminati to borrow their own Infinity Gem, which drives him insane with power. The Illuminati quickly realise their error as Santa, like others before him, has a negative reaction and must be stopped, which he is thanks to Namor’s well-placed snowball. Christmas is saved in part owing to Iron Man, who had robotic reindeer on standby for some reason. 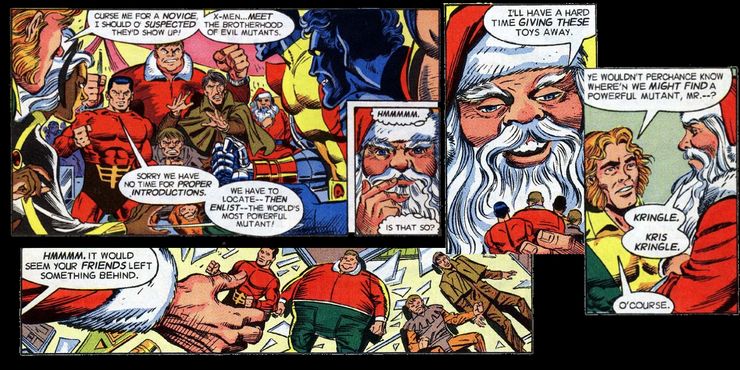 In “A Miracle A Few Blocks Down From 34th Street,” writer Scott Lobdell and illustrators Dave Cockrum and Joe Rubinstein find the X-Men fighting the Brotherhood of Evil Mutants while searching for an Omega-level mutant during the Christmas season. Cerebro informs the team that it has discovered the most powerful mutant ever at a mall in NYC while trimming the tree at the house.
They run across the Brotherhood of Evil Mutants as they arrive, who are also trying to figure out if this mystery mutant is a friend or foe. When the two groups collide, it leads to a brawl. As seen in X-Men #98, the Brotherhood members are suddenly transformed into action figures, and Santa greets the X-Men before taking them to Rockefeller Center, where they had intended to meet up with Jean and Scott. 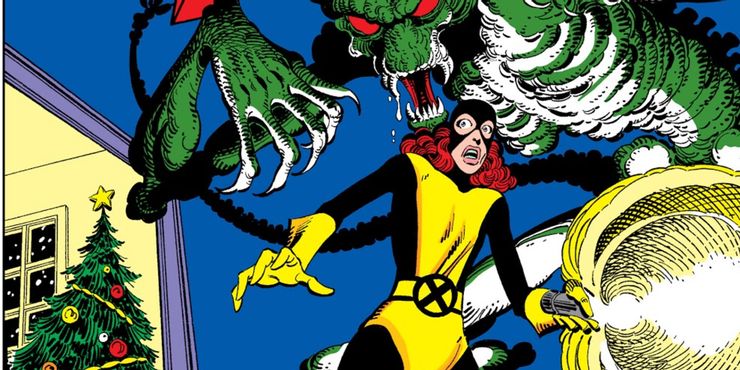 “Demon” is a Christmas storey written by John Byrne and Chris Claremont and illustrated by Terry Austin that first appeared in Uncanny X-Men #143. In a weird blend of Home Alone, Alien, and a horror film, Kitty Pride finds herself alone in the mansion on Christmas Eve when one of the N’Garai, which was able to escape the dimension where it was held captive, appears.

When the rest of the X-Men go their separate ways to spend the holiday, Kitty is left alone to not only live but also to confront the invader. While this is not a classic Christmas storey, it is similar to Die Hard and Gremlins, which are both non-traditional Christmas films.