According to what has been disclosed thus far, Marvel’s Disney+ series is significantly more comic book-accurate in terms of costumes than the MCU films. Many of the main characters in “The Falcon and the Winter Soldier,” “WandaVision, and “Hawkeye” are costumed in clothes inspired by comic books. Marvel Studios has discovered a new way to stretch out and grow the MCU with Disney+, introducing new characters like Moon Knight, She-Hulk, and Ms. Marvel while also expanding on current MCU heroes (and villains) like The Falcon and the Winter Soldier, Loki, WandaVision, and Hawkeye. The confirmation that some Disney+ characters, such as Ms. Marvel, will be moved over to the movies, as well as the comment from Marvel Studios head Kevin Feige that the Disney+ shows must be watched for future Marvel movies to make sense, highlight the interconnectedness between the movies and the Disney+ shows. 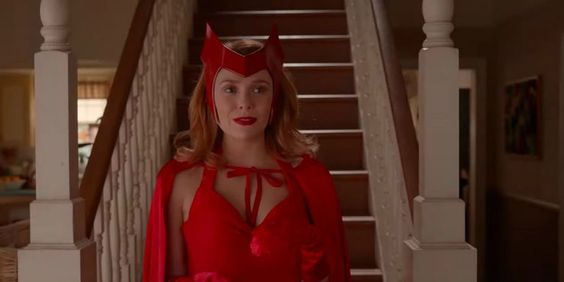 Elizabeth Olsen’s Scarlet Witch didn’t wear a costume in Avengers: Age of Ultron since she wasn’t a fully-fledged superhero, but following appearances did attempt to make her seem at least a little more like the comic book character. WandaVision takes it a step further by giving her the famous red headgear and her original 1960s attire. However, how much of it will actually be used remains to be seen. It’s possible that it won’t be utilized seriously and will have a minor role in the programme, akin to how Captain America’s initial outfit was used in Captain America: The First Avenger. 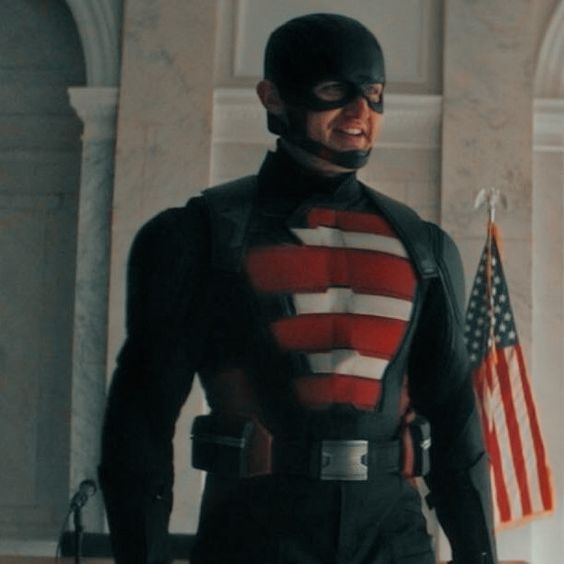 In Marvel Comics, U.S. Agent alias John Walker served as a temporary replacement for Captain America in the 1980s, but his extremely harsh approach to crime-fighting contrasted with Captain America’s beliefs. After Steve Rogers reverted to Captain America, Walker obtained the “U.S. Agent” identity. The Falcon and the Winter Soldier appear to be an adaptation of Walker’s Captain America arc from the comics, but with Falcon replacing Steve (Anthony Mackie). The Falcon and the Winter Soldier’s John Walker (Wyatt Russell) will assume suits that blend aspects of Captain America’s uniform with his iconic U.S. Agent outfit as a government-appointed Captain America. He’ll wear Cap’s blue outfit and the breast stripes and star of a US Agent. This might be an intentional move on Marvel’s side, because not making it a flawless replica of US Agent’s comic book design allows him to wear his traditional black outfit later, after he formally abandons the “Captain America” mantle. 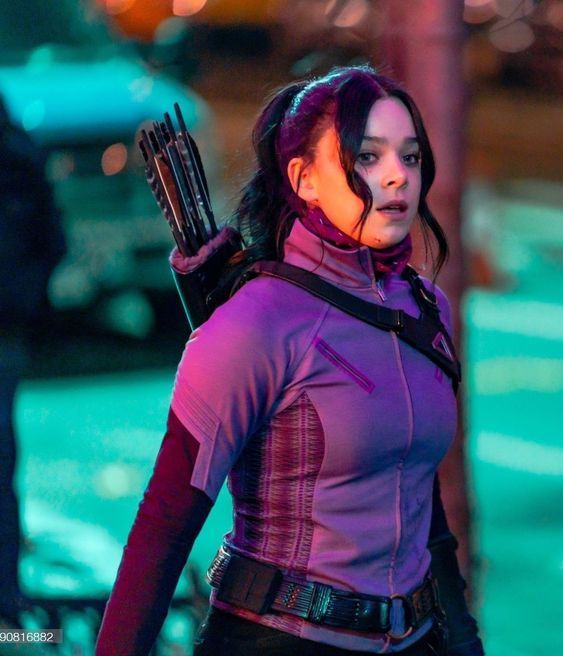 Hawkeye concept art was revealed months ago, providing fans with a glimpse of the two main heroes. The young female Hawkeye who Clint Barton (Jeremy Renner) will take under his wing has yet to be cast, but the artwork provides a clear sense of what to anticipate from her attire. Her purple suit, spectacles, and hair make her look uncannily close to the comic book heroine’s current design, rather than her Young Avengers appearance. Kate Bishop, it appears, is one hero who won’t have to wait years after her MCU debut to obtain a real comic-inspired attire. 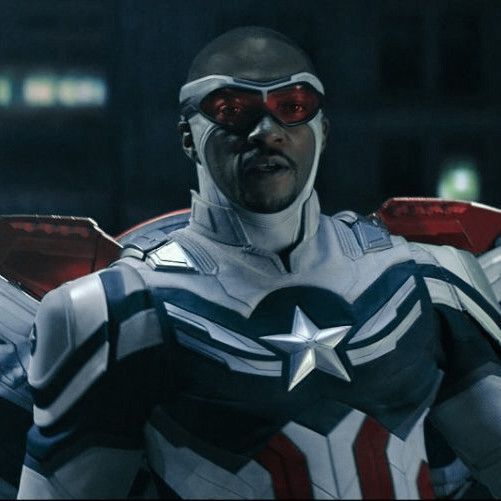 At the conclusion of Avengers: Endgame, Sam Wilson was given Captain America’s shield, but that doesn’t mean he’ll be suiting up as the new Sentinel of Liberty any time soon-but he will be wearing a new Falcon outfit. At least until he can dethrone U.S. Agent as Captain America, he’ll be dressed in red, white, and grey. Traditionally, the predominant colour palette of the comic book Falcon is red and white. Based on the colours and patterns of the outfit, it appears that The Falcon and the Winter Soldier are pulling inspiration from a variety of costumes, but owe a lot to the Falcon’s early to mid-2000s look. But, regardless of whose outfit inspired it, it is without a doubt Falcon’s first-ever comic-book correct costume. At this point, Sam Wilson has appeared as “Falcon” in five MCU films, and he has never looked like the character from the comics. So far, the MCU has remained steadfast in its support of Falcon’s military-designed, weaponized wingsuit. Falcon ultimately got his classic suit once he got a TV programme. 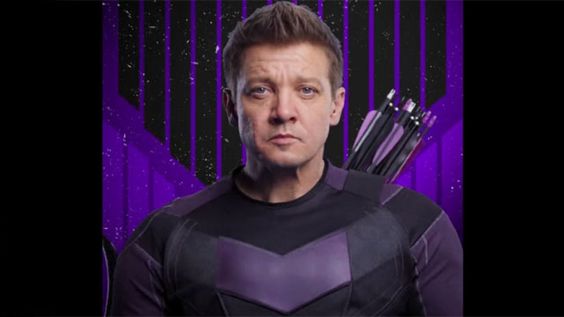 The only member of Earth’s Mightiest Heroes whose costume differed significantly from the source material in 2012’s The Avengers was Hawkeye, who looked more like Ultimate Hawkeye than the traditional hero. Though Marvel has recently permitted a bit more purple in Hawkeye’s look, they’ve been very cautious with it, keeping him from ever completely resembling Earth’s Mightiest Marskman. Based on the concept art for Disney+’s Hawkeye, the new series embraces Hawkeye’s comic book look by moving away from black and toward purple. 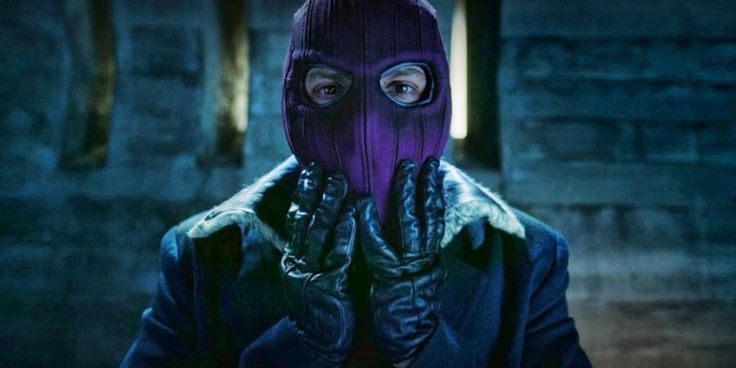 One of the most prominent criticisms levelled against Captain America: Civil War was its depiction of its villain, Helmut Zemo (Daniel Bruhl), who did not battle Captain America and bore little resemblance to his comic book predecessor. While it’s fair to say that Zemo in Civil War was a letdown, Marvel is hoping to redeem him in The Falcon and the Winter Soldier by renaming him “Baron Zemo” and giving him his famous purple mask, which was physically affixed to his face in the comics. The mask is such a vital part of the comic book villain, and it is as identifiable to Zemo as Mjolnir is to Thor, that the character would be incomplete without it. As with Hawkeye, Scarlet Witch, and Falcon, it’s all thanks to Marvel’s Disney+ series that fans will finally see Baron Zemo as the villain he deserves to be. 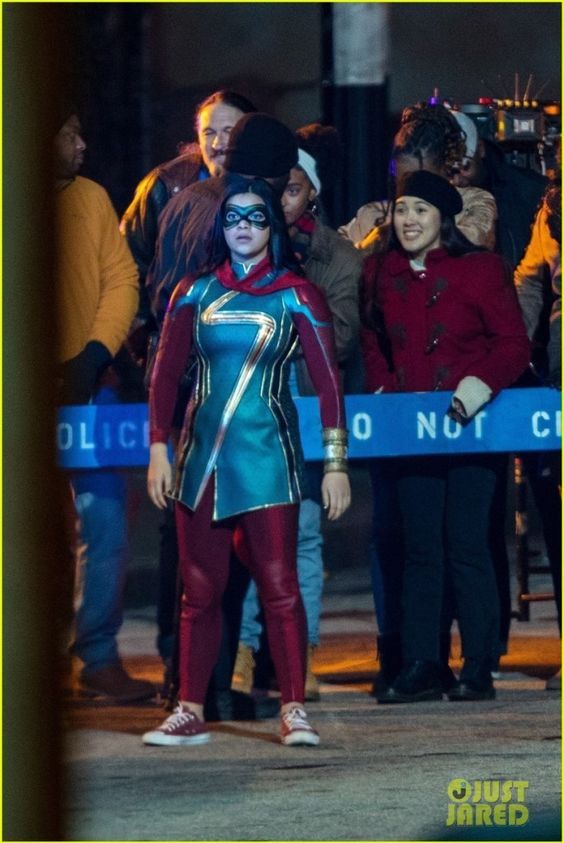 Kamala Khan, a 16-year-old Pakistani American from Jersey City, is introduced by Ms. Marvel. She is an aspiring artist, an ardent gamer, and a voracious fan-fiction author who adores the Avengers—particularly Captain Marvel. But Kamala has always battled to find her place in the world—that is, until she acquires superpowers similar to those of the heroes she has long admired. Iman Vellani plays Kamala Khan, often known as Ms. Marvel. Executive producers Adil El Arbi and Bilall Fallah, Meera Menon, and Sharmeen Obaid-Chinoy oversee the series, with executive producer Bisha K. Ali acting as head writer. “Ms. Marvel” will air on Disney+ in the summer of 2022. 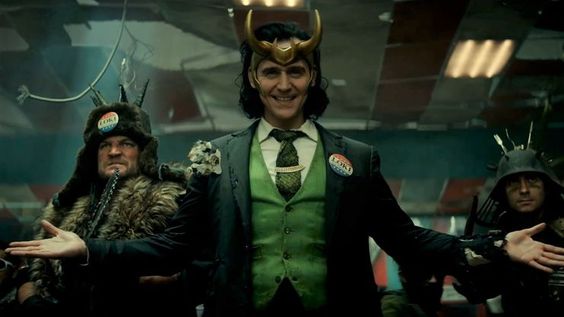 Loki is a god, a trickster, a sibling, a son, a villain, and even a hero. Now he wants to add another title to his repertoire: President of the United States! That’s right, the God of Lies wishes to take over the free globe! Is this, however, just another ruse?

Vision was a vibranium synthezoid developed by Ultron with the assistance of Helen Cho and brought to life by the Mind Stone, a powerful relic. Originally designed as Ultron’s ideal form, the body was captured by the Avengers before Tony Stark and Bruce Banner uploaded the vestiges of Stark’s personal A.I. J.A.R.V.I.S. into it. 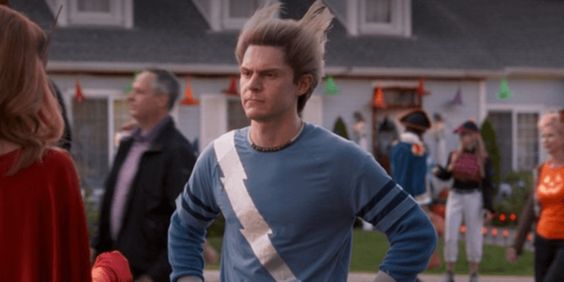 Pietro Maximoff grew up in Sokovia with his fraternal twin sister, Wanda. Pietro and Wanda acquired a loathing for the United States and Tony Stark after losing their parents in a bombardment orchestrated by the United States Air Force using Stark Industries munitions.

So there you have it; the 10 best costumes in Disney’s Marvel shows. Well, these are some of the best costumes so far in the Marvel Disney series. So which of these is your favorite? Do let us know in the comments down below. Until then, we’ll see you lads in the next one, and keep on reading Animated Times, your one-stop destination for learning more about the entertainment industry, new movies, TV series, celebrity gossip, and so much more.