When it comes to romantic proposals, movies have always inspired their viewers. However, in the last couple of years, some TV shows have raised their bar romantically by introducing a couple of proposals that made viewers cry.

With that said, these are the top-7 proposal scenes from the TV shows that made viewers reimagine their definition of romance –

Michael and Jane in Jane the Virgin

No one could ignore the scene where Jane proposes to Michael. The scene was highly intensified with love and affection. In the scene, Jane directly approaches Michael and says what all she wants to say about the baby and thus, proposes to him in front of the entire crowd of his workplace. The scene was so heartfelt and empowering that it felt extremely genuine.

Holly and Michael in The Office

No one could ignore this proposal as it was Holly who brought the best version of Michael out. Michael said “Holly Flax…Marrying me will you be?” to which Holly replied “Your wife becoming…Be will I.” The proposal was extremely nerdy yet sweet.

Julian and Brooke in One Tree Hill 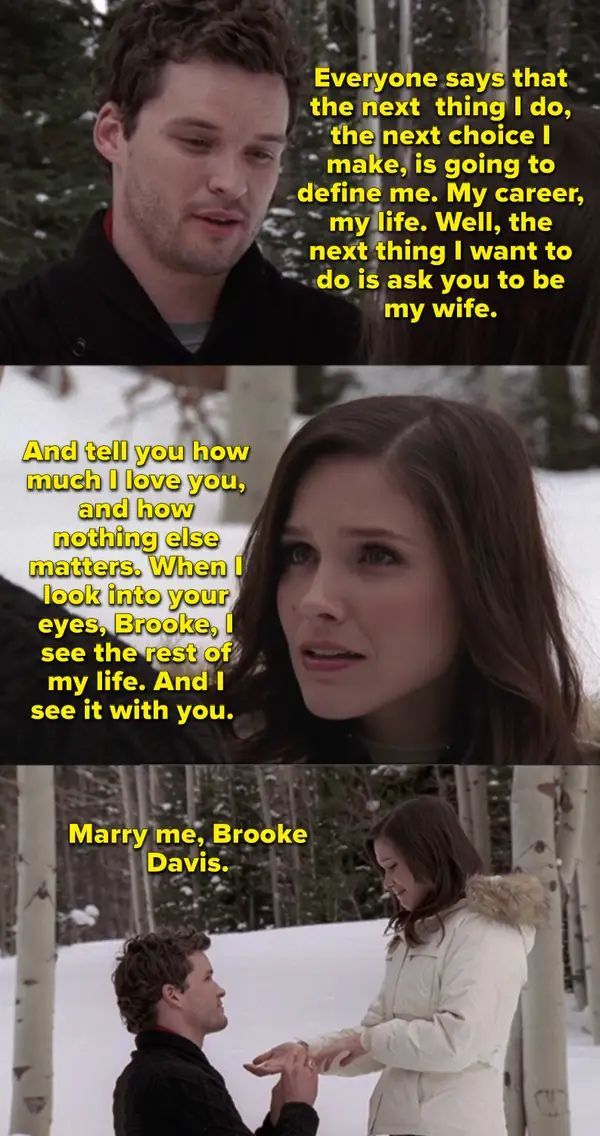 If anyone is a sucker for simple proposals, this is what could make them go filled with emotions. The way Julian proposed to Brooke while walking down in the snow was really beautiful and understandable. While Julian delivered a short yet meaningful speech, he emphasized more on how the relationship is above his career. The callback that made viewers cry was the epic scene from Season 1 where Nathan told Haley; “Nothing else matters.”

Stefan and Caroline in The Vampire Diaries

There’d be very few people who didn’t like watching Stefan and Caroline together. While Stefan’s character was constantly sabotaging and self-sacrificing, one day he finally took a decision to become better for Caroline. Undoubtedly, it was Caroline who made Stefan better. Isn’t it what marriage is all about? To choose each other every day and believe that they are meant to be together.

Schmidt and Cece in New Girl 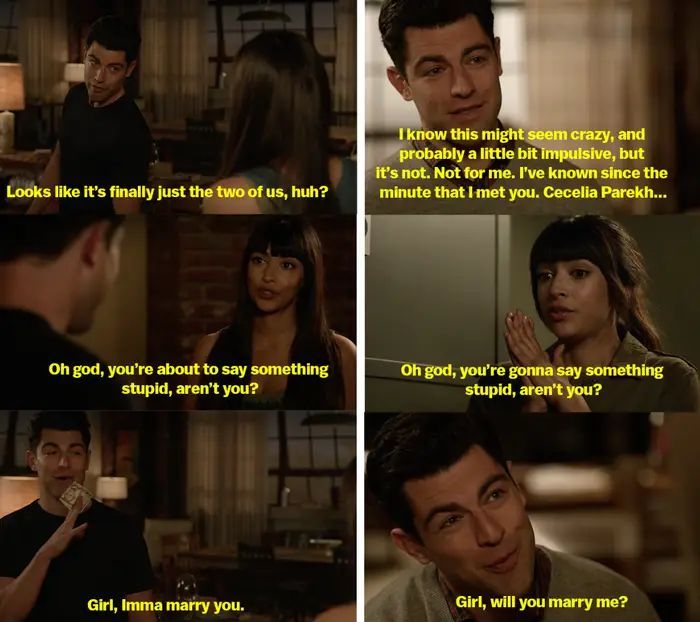 This was perhaps the most romantically intrigued scene that the TV show industry ever had. In a scene, the viewers could see Schmidt and Cece finally reuniting, and right after the moment, he proposes his love and echoes that he wants to marry her one day. The scene was filled with butterflies and sweetness.

While viewers could feel mixed feelings about Emily and Alison, watching them putting effort was really beautiful. At last, Alison acknowledged what she has done and also appreciated how Emily searched for the good in her. The proposal felt genuine and sweet enough to admire it for life.

Mitchell and Cam in Modern Family 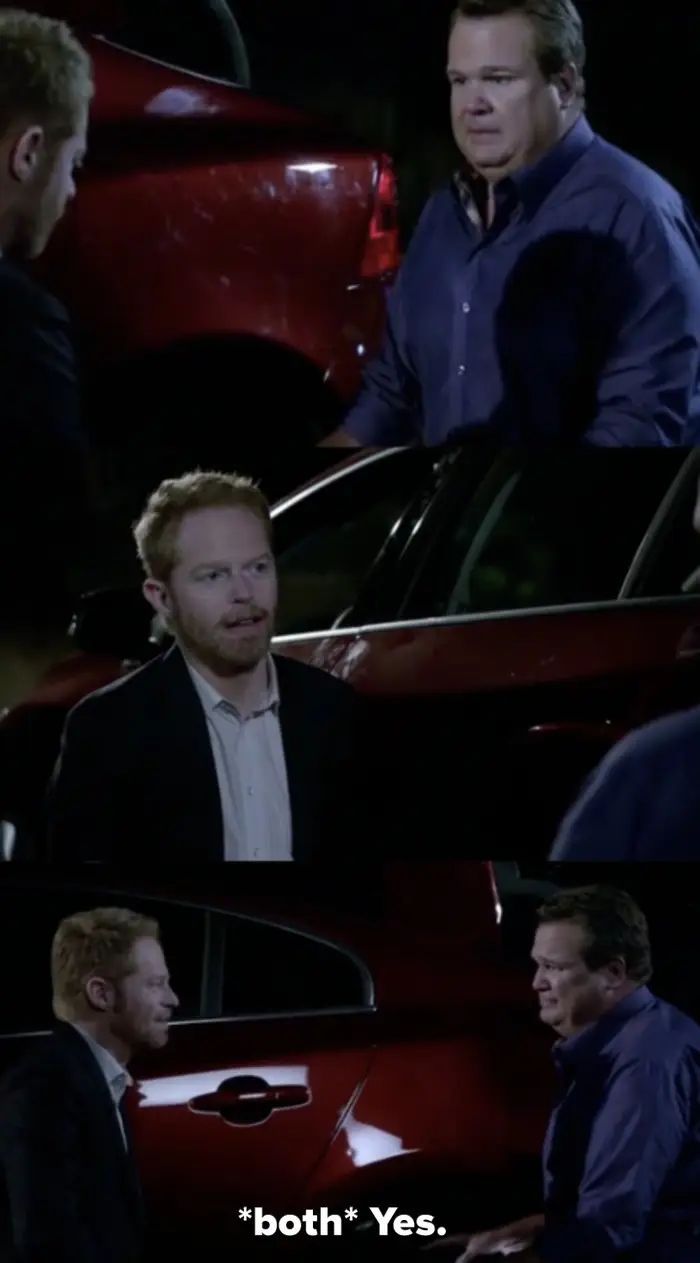 This TV proposal proved that sometimes the ‘simplest’ is the ‘best.’ When same-sex marriage become legal, both Cam and Mitch planned to propose to each other, however, it didn’t go as planned. The events made them change a tire on the side of a road but, accidentally, they ended up getting down on their knees and talking about life together. Without even realizing it, they propose to each other. It was indeed sweet without any fanfare and that is why the viewers loved it.