While it is pretty obvious that the most evil of supervillains are not that big, the Marvel Universe is full of evil beings and creatures that are gigantic. Created for effect, no doubt, there is a certain romance to the story of David v Goliath, and the lore has been repeated from time to time in the universe. Sure, Norman Osborne of the Leader have wreaked all kinds of havoc, but fans have a special place for when their favorite superheroes defeat Celestials that are thousands of feet tall and can crush anything under their feet. In the list of the biggest villains that we detail here, you are likely to find all manners of aliens, demons and creatures of magic that have taunted and threatened the existence of the world as we know it: 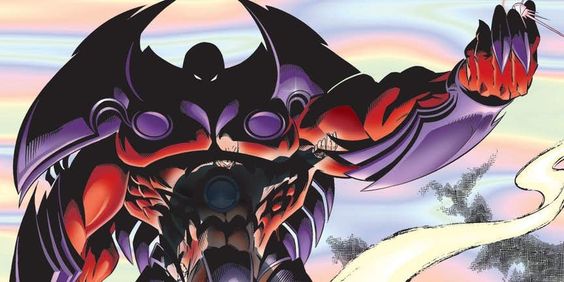 This one is a true nightmare, and the result of the unholy mixture of two of the world’s most potent mutants. When Professor Xavier beat Magneto into a catatonic state after another one of his rampages, the mental contact with the evil mutant caused all the anger and rage of Magneto to interact with the negative emotions of Charles and the result was a psionic entity called Onslaught. He walks around in Magneto’s armor and has all of Magento’s metal bending abilities, and has the telepathic abilities of Charles Xavier. Usually standing at three metres, he can grow taller. He is able to absorb the powers of any mutant he pleases, and amongst his arsenal are powers of telekinesis, telepathy and astral plane tapping, making him a force to be reckoned with. 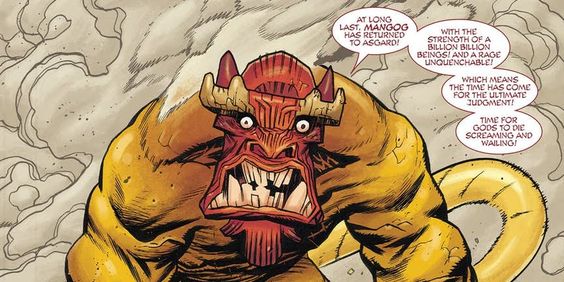 He is “Hatred That Walks”, the living and walking form of the hatred felt by a billion people that were killed by the Norse Gods and Odin. His only purpose in life is to seek vengeance on Asgardia for the murder of the people whose psionic energies of anger and hate fuel him. His main ability is the Sin Empowerment, whereby he is able to absorb feelings of hatred and anger felt by people around him and grow stronger. He stands tall at a height that ranges from three to seven metres tall. He is taller if he can absorb the sin of any of the Norse gods he wants to kill. Mangog is only weakened by the Sun, and was ultimately defeated by Jane Foster who used her hammer to take him there, bound by very strong chains. 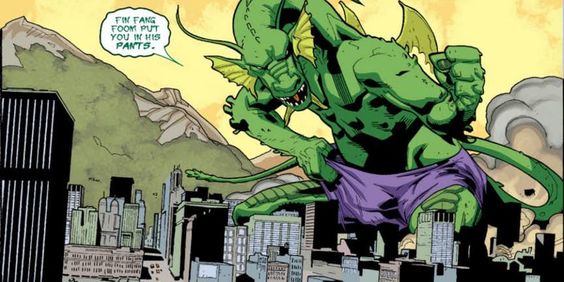 Although his name is adorable, the shape shifting alien is anything but. He is from the Makluan race that were from the Kakaranthra planet, a peaceful race by and large. A band of these Makluans that included Fin Fang Foom left the planet to conquer the universe though. He looks like a dragon, and has the scaly hide that can withstand all the attacks in the world. The vacuum of space does not affect
him, and the dragon like creature can spit a nasty green acid from his mouth too. He is also shape shifting, that makes for a mix of some very nasty powers. He is 13.5metres tall in the dragon form and easily breaches the 100-strength class. His one and only weakness is a Chinese herb that can make him snooze for a long time. 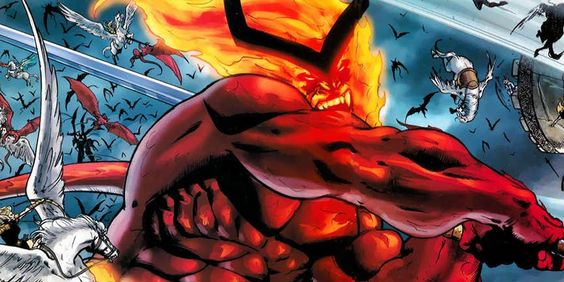 This demon from the extra dimensional plane of Muspelheim is the terror of Asgardian gods like Thor and Odin. In fact, even AllFather finds defeating this monstrosity incredibly difficult. He is 305 metre tall and literally on fire – he has the energy of a thousand suns and has a living flame inside of him that makes him very powerful. His presence in Asgardia can change temperatures on Earth, which is something to say for just how this monster is. He has a number of cosmic powers that boggle the mind. He can jump between dimensions, is able to levitate, and has intense mastery of pyrokinesis that means he can bend all the flames and fire to his will. A true menace for Asgardia! 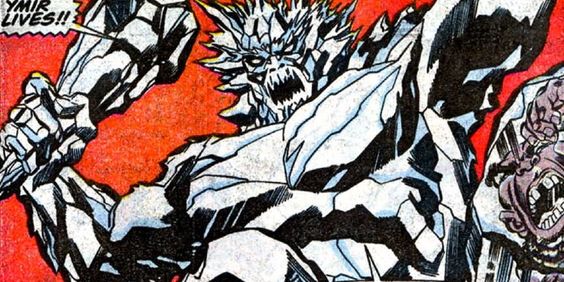 If Sutur is the fire monster, Ymir is the ice giant. He is from the icy realms of Niflheim, and is the oldest and most powerful of ice monsters the universe has seen. He was formed when there warm air from Muspelheim, home to Sutur, crossed over to the Well of Life(which is really to say it crossed dimensions). The Well of Life had a lot of ice forming over itself from Niffleheim and the excessive heat caused to melt and so was formed Ymir. His immense size grants him a lot of strength, and anything that touches him will immediately freeze for eternity. He is of course affected by a lot of heat, such as Sutur, but his cryokinesis powers allow him some protection against his only weakness.