The Seventies were a weird time to be in. There were all sorts of ruckus going on around. The Cold War was in full swing. The Age of Rock and Roll was upon us. The War on Drugs was in its nascent stages.

Like we said, a tough and crazy time to be living in. In all this chaos, many fans would not even have noticed a strange issue released by Marvel Comics.

This issue was aimed at teaching the readers the power of Calisthenics or bodyweight training.

The strange thing is – every hero from Ghost Rider to Thor and even supporting characters like J Jonah Jameson were featured in this 128 pages of sheer insanity.

Calisthenics was catching up at that time and Marvel thought they could ride the fitness wave. The entire issue feels weird and ridiculous to see.

We mean why would a Devilish Spirit of Vengeance or a near Immortal Norse God of Thunder start teaching you the benefits of Sit-Ups and Planks?!?!

Wouldn’t they be better suited to fighting the bad guys and saving the world or something?

Bodyweight training is for mere mortals. It is not for people who have been blessed with superhuman strength and toned abs for all eternity.

We don’t even care to know what the Marvel overlords were thinking when they permitted this travesty from happening.

Maybe they were trying to look for some extra quirky readers. Or maybe they just had a few bucks to spare, a few pages to run and a few extra canisters of print ink lying around. The images are utter craziness at its peak.

Be warned, the pictures below are not for the weak-hearted. We repeat yet again – When the pictures were printed, the Marvel Overlords’ heads were probably going cock-a-doodle-doo.

The last time we saw a Superhero in a gym was inside a TV Scree, trolling tons of fans who were waiting for a post-credits scene after a certain Marvel Cinematic Universe movie.

Seeing our favorite heroes demean themselves like this might even be hurtful to some. So we suggest we all pull it together.

Like they say – Desperate times call for desperate measures. The pictures indicate the times were particularly desperate indeed.

So here goes nothing. 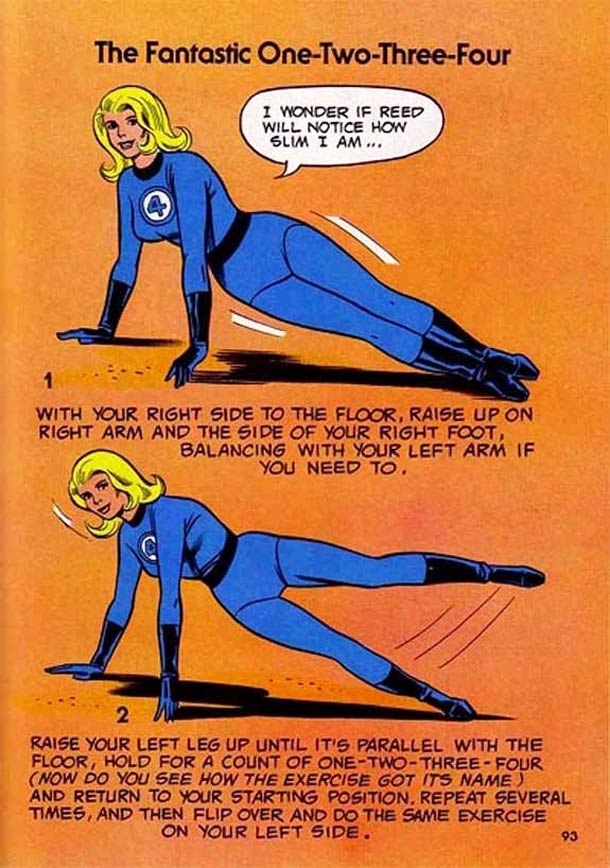 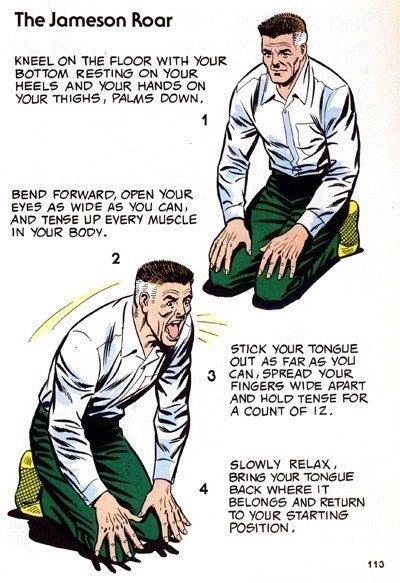 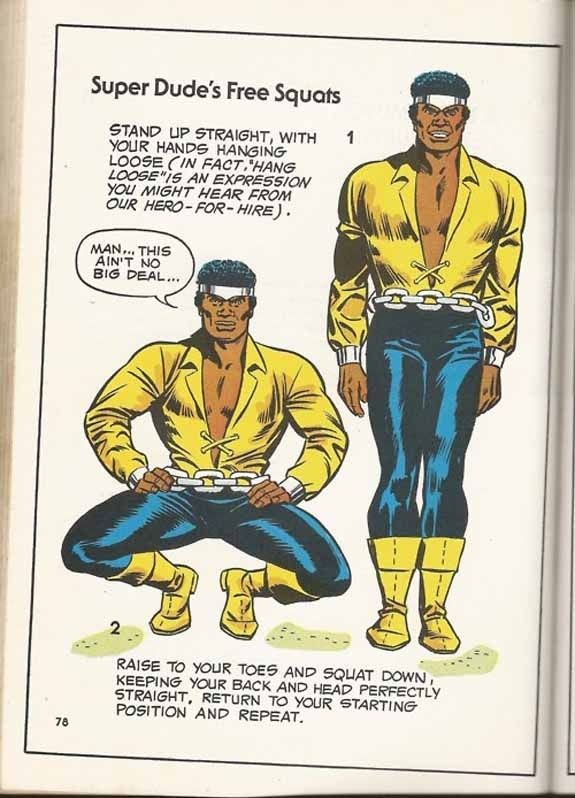 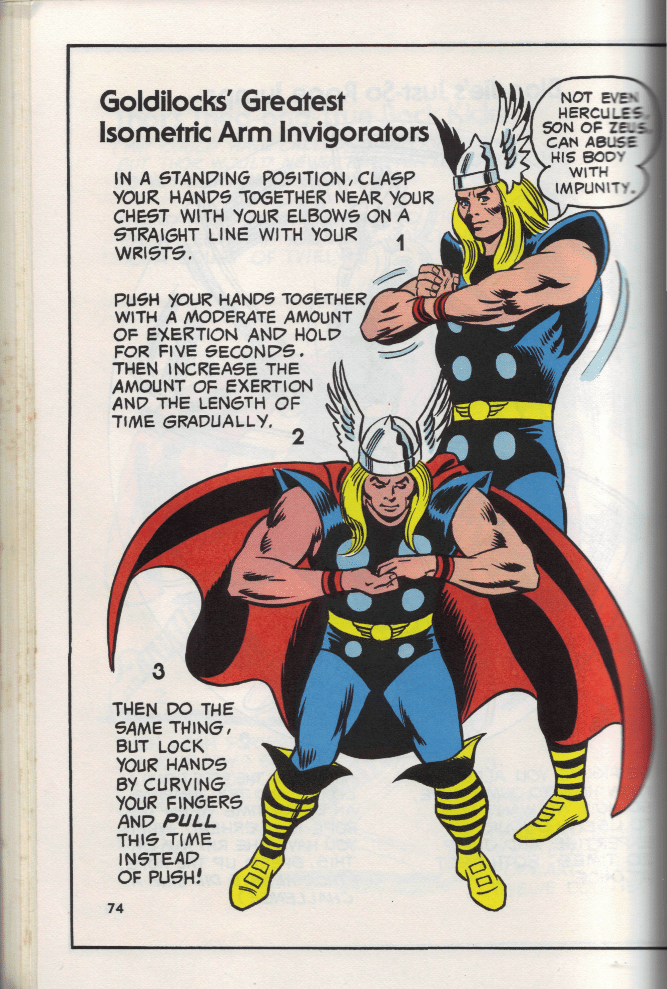 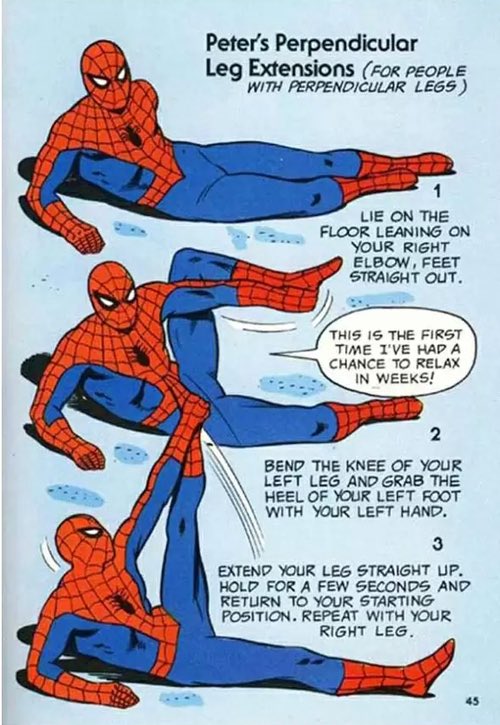 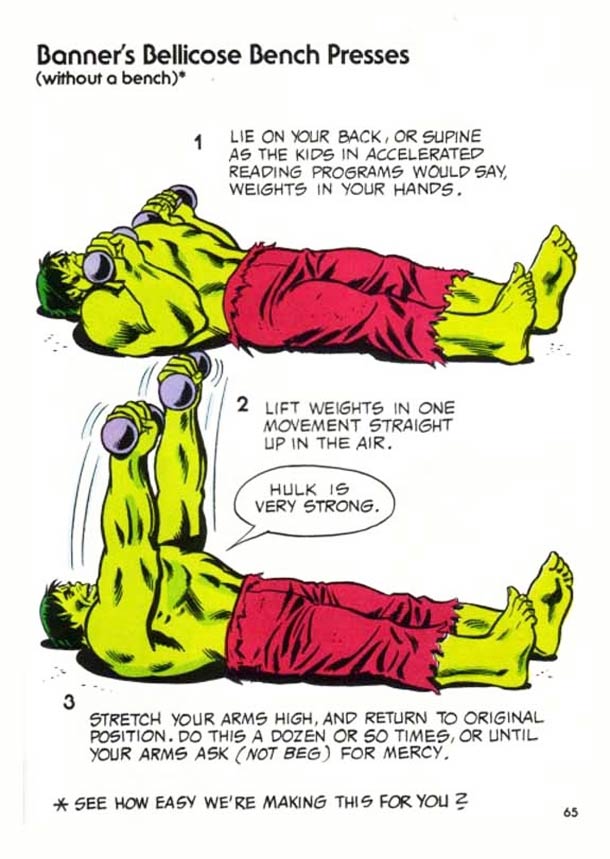 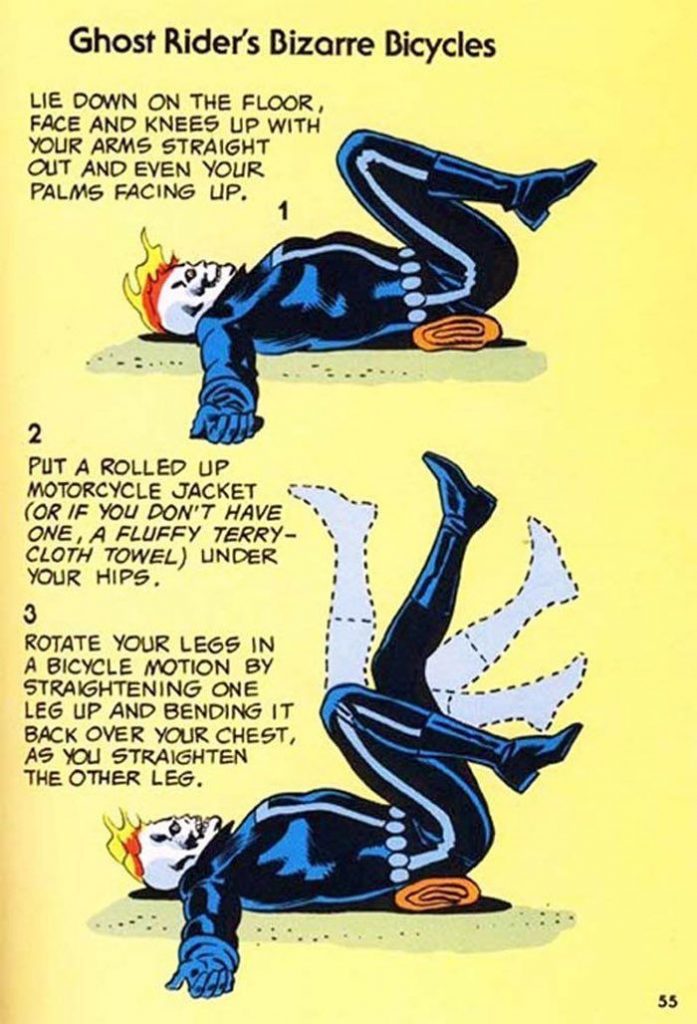 Which ones did you find particularly helpful? The Jameson Roar or the Ghost Rider Bicycles? We are scarred for life. And after this, so are you.