Taskmaster, a big revelation is introduced in Marvel’s Black Widow as a character skilled in imitating others’ fighting methods, possibly implying a relation to Blade. 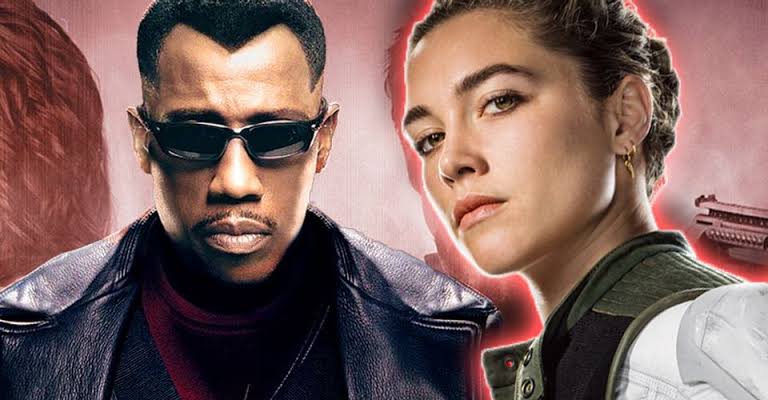 Black Widow may have exploited the Marvel Comics’ most enigmatic villain Taskmaster to conceal a link to the upcoming Blade relaunch in the Marvel Cinematic Universe. Marvel discloses some of Natasha Romanoff’s past played by Scarlett Johansson in Black Widow, revealing that the character once attempted to assassinate Dreykov (Ray Winstone) who oversees the Black Widow-training Red Room. Unfortunately, the attack appeared to have murdered Dreykov’s daughter as well, a big sacrifice Black Widow was willing to undertake. Only years later does Romanoff learn that both Dreykov and his daughter escaped the assassination attempt. His daughter, who is later played by Olga Kurylenko, takes on the role of Taskmaster, an antagonist in the film.

Marvel has teased its Blade revival in a number of ways. Korg (Taika Waititi) makes a joke about vampires in Thor: Ragnarok, which is a reference to Waititi’s What We Do in the Shadows. The mention, though, appears to make vampires canon in the Marvel Cinematic Universe. Loki also teases Blade on a number of occasions. Mobius (Owen Wilson) establishes vampires as powerful MCU beings in Loki episode 4, saying, “You know, we brought in Kree, Titans, vampires. Why is it the two orphan demigods are such a pain in the ass?” Another scene shows the Time Variance Authority seizing a cross, which could be one of Blade’s impending zombie weapons. More references to the Daywalker are unavoidable with Marvel’s Blade relaunch on the way.

Taskmaster, a character in Black Widow has photographic reflexes and can efficiently imitate anyone’s combat style. The character imitates Black Widow, Captain America (Chris Evans), Hawkeye (Jeremy Renner), and even Winter Soldier (Sebastian Stan). Taskmaster frequently utilises a sword in the movie. It’s possible that the character learned it from the Daywalker himself as it isn’t a go-to talent of any of the Avengers she imitates.

Blade is a natural choice for swaying Taskmaster. In Marvel’s books, Blade is a half-vampire and half-human Daywalker, giving him vampire-like abilities without the drawbacks. In Marvel’s storylines, Blade wields a variety of bladed weapons, namely long swords, katanas, and silver-based weaponry. Blade is his given name for a purpose. Due to the lack of a clear effect on Taskmaster’s sword skills, it’s possible that the villain picked up the talent from Blade.